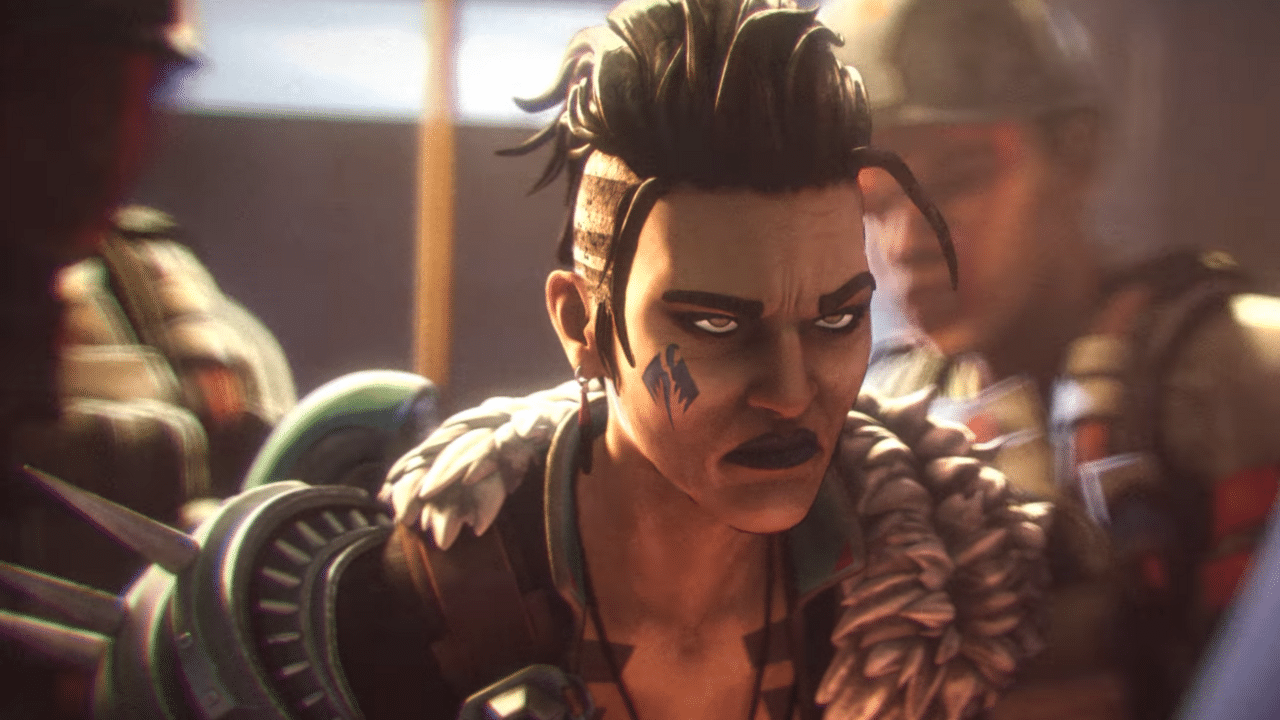 The Apex Legends community are in for a surprise today, as what could possibly be the biggest Apex Legends leak in the game’s history just dropped online! Featuring an array of unreleased Legends, to new cosmetics for Rampart, plus descriptions of new maps and so much more; check out the full rundown on all the details below.

First reported via a thread on the Apex Uncovered subreddit, the bulk of the leak covers upcoming Legends to the game. Usually when you think of a leak, there’d be one or two new stuff to come out; however, this massive one for Apex Legends features nine upcoming Legends, which just goes to show how deep it is.

Just to be on the safe side, there is the possibility that these images will be taken down by EA, so you can check out a full compilation of everything revealed here instead. As you can see, most of these are placeholders, but someone has managed to watch accompanying leaked videos which described the new Legends in detail:

Caliber (support) “Apex arms dealer”, abilities: Weapon sling (passive) – can carry 3rd weapon, access via inventory or “H”, Suppressor turret (tactical) – makeshift turret base on your active weapon (Note from gameplay: It not really accurate, but it includes CP weapons, was shown use of Volt SMG on it), Auto loader (ult) – deploys ammo box which feeds ammo directly to nearby player’s weapons (gold mag for everyone I guess)

Jester (no icon) “Tricky trapper”, abilities: Rewire (passive) – can turn any nade into prox mine and spawns with a frag, Specter drop (tactical) – droppod with 3 specters on guard position, Cloak field (ult) – short living field which cloaks players inside, cloak disappears in 6 seconds after leaving the area

Vantage (recon) ” Survivalist sniper” (Hawk?), abilities: Sniper kit (passive) – tactical info ADS zoomed unarmed or in long range scopes (legends name, shield level, squad size, distance), Echo launch (tactical) – basically Crypto’s drone, but you can order it to move by tapping Q, Mark to kill (ult) – custom rifle with a scanner and damage boost for a squad, damage doubled for Vantage on successful hits, team gets 15% damage boost on marked targets. Note: We may see her soon, her model is ready, but not polished yet

Newcastle (defense) “Mobile defender”, Fortified, abilities: Retrieve the wounded (passive) – drag downed teammates as they being revived and protects them with revive shield (Call the police, we found who stole LL’s revive shield), Mobile shield (tactical) – throw controllable drone which creates a moving energy shield, Castle wall (ult) – “Leap and slam to a target ally or area and create a fortified stronghold” (basically jumps to location, slams the ground and go full Fortnite in one direction, creating a barricade). Note: Seems like Newcastle may be next Legends – he most finished out of all leaked roaster (model vise)

Catalyst (defense) “Creative builder”, abilities: Reinforce (passive) – HP of doors and placeable structures (such as Rampart’s A-Cover as well as their own) in close vicinity, Ferro Shot (tactical) – on impact creates a ramp of hardened ferro fluid (reminds me last Pray, they had something like this IIRC), Iron tower (ult) – column of ferro fluid under you

All Upcoming Legends and their abilities from ApexUncovered

Besides these upcoming Legends, there are also a couple of more videos that were described in detail, alongside other videos that have yet to be taken down, so watch them while you can.

New arena maps, one seems to be almost finished, another not yet (gray surfaces)

Nemesis burst fire, but can fire full auto after filling some kind of meter (damage perhaps)

Chapter 7, I will not spoil anything (plus Chapter 7 alone wouldn’t make any sense anyway)

Crypto’s heirlooms already old news as we know, so I will nod add any additional comments (unless if I see something interesting). Addition: It does rare melee animation which involves hitting with Hack (Crypto’s drone)

Valk’s, as you may know, is a spear, but it seems not just any speak, but yari (or, at least, inspired) which make sense considering her nickname (Valkyrie,who depicted with a spear) and being half japanese herself

Spears models seems to be pretty raw, but some animations (running and attacking, one inspect) already in place

Files 5 and 6 are .txt, guess datamined bundles. Ill leave it to our local dataminers to dig, Im sure they find more interesting info than me

Seems like the map have monorail system similar to WE and it train, but monorail (or gondola? No idea, just rail around the map)

Newcastle 4 (more evidence that he is next)

The last surviving images in the threads are that of Rampart’s new cosmetics, and you can check out the full gallery over on Imgur:

New game mode. Has a capture the flag type feel. Has it’s own unique maps. BC_Steve_TTV is a god at it on solo no enemies mode. Fear him! from ApexUncovered

While most of the images and videos that show these in action are now gone, one mod for the subreddit vouched for it after seeing the video for themselves. However, since this does veer into unconfirmed territory, remember to take everything with a grain of salt until officially confirmed.

Source: Google Docs (special thanks to Darrkreng for the video descriptions)