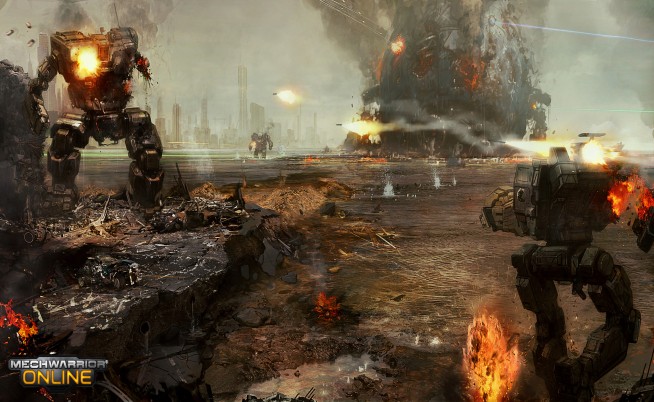 Infinite Game Publishing and Piranha Games have announced that MechWarrior Online will be coming to PC’s in late 2012. MechWarrior online will be a free to play online MMO that features highly customizable giant mechs with many of the classic Mechs and weaponry. Players will join one of five Mech houses and battle for wealth, notoriety and territorial control. Players will also be able to customize the weaponry, upgrades and appearance of their mechs allowing you to create a customized Battlemech to suit your playstyle. You will even be able to customize the interiors of the Mechs and view the inside from the cockpit while in game!

It seems improvements have been made to the series as well as new additions to make this franchise even greater. Hopefully the team working on this one can bring the game back to some of its roots and make the awesome game MechWarrior fans have been waiting for. Too bad late 2012 is a year away!

To learn more about the game and hear about any upcoming beta news, vist the official MechWarrior Online site.

Call of Duty to Have 3 Year Dev Cycle? No BF3 Influence on MW3, and More – Sledgehammer Games

BF3 – Physical Warfare Pack Available to All, plus How to Deal with Cheaters and View Server Status