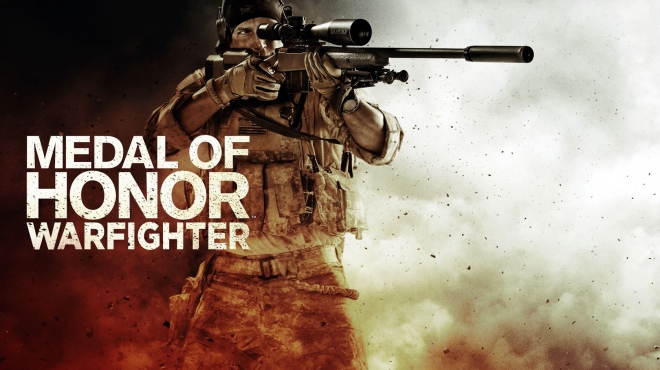 Danger Close welcomes you to the Medal of Honor: Warfighter beta on the Xbox 360 in this announcement video below.

Additionally, creative director Christopher Bergqvist takes us through some of the features we can expect from the beta, as seen on the official MoH blog.

Kicking things off is our exciting new Fireteams feature that makes class selection and team play much more interesting. Our consulting Operators have told us that in the real world they split up in pairs and work together to a point where they feel connected to their combat buddies, even without having them in direct sight. We’ve integrated this connection into the game so that you’ll be able chose a Fireteam buddy and track him from any distance and through any situation.

This feature comes with many gameplay benefits including new buddy respawn options and resupply of ammo and health. And don’t forget there are also plenty of scoring rewards for working as a team, so be sure to keep close to your buddy and see what other bonuses you can achieve together.

Medal of Honor has always been an authentic experience, and this quality gives us the tools to take our multiplayer to a place no other shooter can go – putting you in the shoes of the world’s most elite warriors. In the Open Beta, you’ll get to see how the German KSK, the Polish GROM, the British SAS, and the famed U.S. Navy SEALS, along with all 12 total Tier 1 units, operate in real world locations. So choose your warrior and take them to a battleground where the best of the best fight to claim the top spot, claiming true Tier 1 status.

Not only can you step into the boots of 12 International Operators from around the world, but we’ve also made sure that every country in the United Nations is represented through our metagame, Warfighter Nations, powered by Battlelog. Battlelog also connects you incredibly deep into the stats of your online play, your friends, your platoon, and your best Fireteam buddies. Track your class ‘Tours’, explore every weapon in the game chasing weapon pins, customize your own platoon patch, and even fully customize your weapon in the “My Gun” tool.

And, we’ve extended the experience to your console so you’ll be able to pull up the Battlelog dashboard to see the latest on how your friends are progressing and what unlocks lie in store for you next.

Rebuilding Medal of Honor on the Frostbite 2 engine has allowed us to remake our class system. Each of the six Classes will offer you a different style of play, different abilities, and different support actions, which allows you to select your class based on what’s best for you! We encourage you to try them all out.

The full game has 12 International Operators, 35 map/mode combinations, and thousands of Fireteam pairs to choose from while battling it out in authentic real world locations. We hope you enjoy this small slice of Warfighter that we’re offering in the Open Beta, and we look forward to hearing your feedback!

Medal of Honor: Warfighter fans on the Xbox 360 can look forward to an incoming beta this October 5th.

Speaking with Ben Jones, Medal of Honor senior designer, Larry “Major Nelson” Hyrb learns the beta will be available this October 5th in his latest podcast. Players will be able to download the beta off of the Xbox Live Marketplace once it goes live.

Jones mentions that tough the content will be similar to what was shown at this year’s Gamecom and PAX events, players can expect a much more refined version featuring a number of improvements.

As a reminder, this beta will be focused around the game mode Hotspot on the Sarajevo Stadium map in Bosnia. Players will get to experience some Fire Team goodness as well as a few features of the new and improved Battlelog.

Don’t forget to check out our latest preview of Medal of Honor: Warfighter right here!