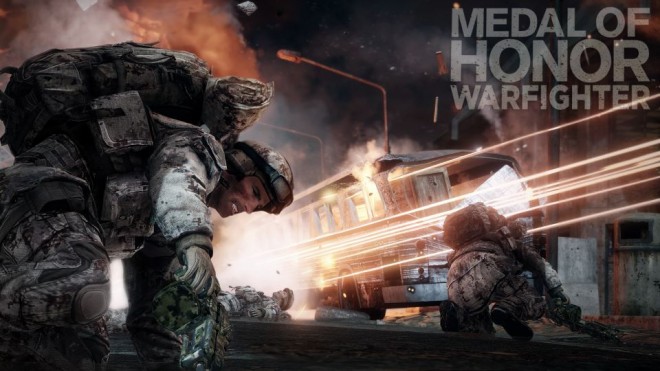 Much like last year’s Battlefield 3, it looks like Medal of Honor: Warfighter, also powered by the Frostbite 2 engine, will ship on two separate disks for the Xbox 360 console.

Last year, the single player and multiplayer portions of Battlefield 3 were split on to two different disks on the Xbox 360 as a result of the DVD’s limited disk space. Speaking to VideoGamer, Danger Close senior designer Ben Jones he recently admitted, “I think that might be a reality for us as well.” He added, “It’s DVD format versus Blu-ray and you’re going to see that split at certain times, especially with the amount of content that we’re delivering.”

On top of being split on to two disks, Battlefield 3 also included an optional HD texture pack which allowed the game engine to display high-resolution textures if installed. When asked if this is also a possibility for Warfighter, Jones mentioned, “I believe we are [including an optional HD texture installation], but I don’t know that we can confirm that. We haven’t had it confirmed to us.”

While it might seem a bother to have your favorite shooter this year split on two disks, it can also be seen as a good sign, considering the amount of content that is being delivered. Jones assures that the Danger Close team has “spent a lot of time innovating and making great improvements to Frostbite 2.” And, “…in terms of quality bar, I think we’re all very happy with what we’ve delivered.”

He continues, “…we’re pretty happy with that. Our PS3 version of the game is solid, I think it looks great. We went in specifically… We’ve been testing on both of those platforms for at least a year on a daily basis, so we spent a lot of time tuning and testing.

“We really focused on the lighting. I think lighting is one of the big things that shifts when you go to the consoles, so we made sure that our lighting was tailored to console first and still looked incredibly beautiful on PC. We’re going to deliver a high level of quality there regardless of platform.”

Medal of Honor: Warfighter is currently undergoing open beta testing on the Xbox 360. If you’ve had a chance to take it for a spin, how do you think the visuals are stacking up so far?