According to 4A Games, the Metro Exodus PC Enhanced Edition will feature the studio’s  new “Fully Ray Traced Lighting Pipeline” and the latest GPU-capable hardware from Nvidia and AMD to offer the ultimate “Ray Traced experience.” Apparently, this upgrade is so extensive that it will require a Ray Tracing capable GPU as the MINIMIUM spec, and it needs to be delivered as a separate product, as it’s not a simple “patch” to the base game.

The PC Enhanced Edition will be free to all existing Metro Exodos owners on the Epic Games Store, Steam and GoG, and is set for release this spring.

Onto the PS5 and Xbox Series X versions, it will be a free upgrade to owners of Metro Exodus on the PS4 and Xbox One, and will feature 4K resolution at 60 frames-per-second with full ray traced lighting! The base game and DLC will feature both the studio’s Ray Traced Global Illumination (RTGI) and the Ray Traced Emissive Lighting techniques pioneered in The Two Colonels expansion across all content.

Loading times will also be greatly reduced thanks to the use of SSD for both next-gen platforms, and there’s also other platform-specific new stuff, too! The haptic features of the DualSense controller will utilized, as well as the spatial audio and controller latency improvements on the Xbox.

Check out the table below to see what the studio is aiming for the next-gen version of Metro Exodus as well as the PC Enhanced Edition. 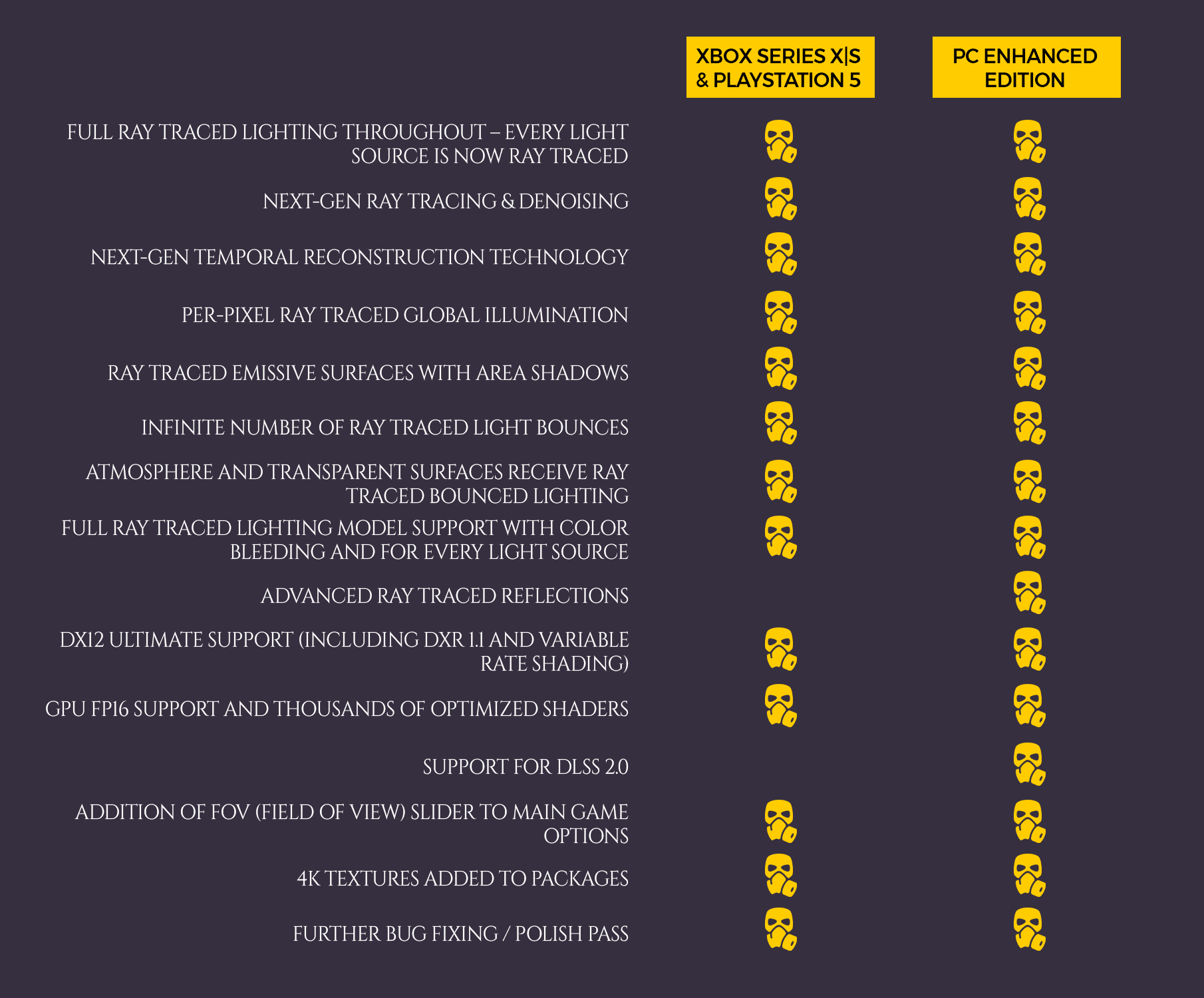 If you haven’t played Metro Exodus yet, it looks to be worth it to just wait out the next-gen and/or PC Enhanced Edition, as it look like it’ll be graphically enhanced in a major way from the original release.