Games With Gold, a promotion from Microsoft that was announced in their 2013 E3 conference which lets any Xbox Live Gold member download two games per month at no charge is now underway.

However, that’s not to say it hasn’t gotten off to a rather rocky start. The company received some displeasing feedback from the community due to the promotion’s first game announcement: Defense Grid: The Awakening.

Xbox Live’s Larry “Major Nelson” Hyrb recently issued an apology on Reddit, addressing the feedback and disappointment of the community for the first game that was picked. It read, “Sorry about the disappointment. Not sure how people started to assume that H3 and AC2 were coming in July. I thought it was pretty clear in the briefing, but I guess not that clear.” 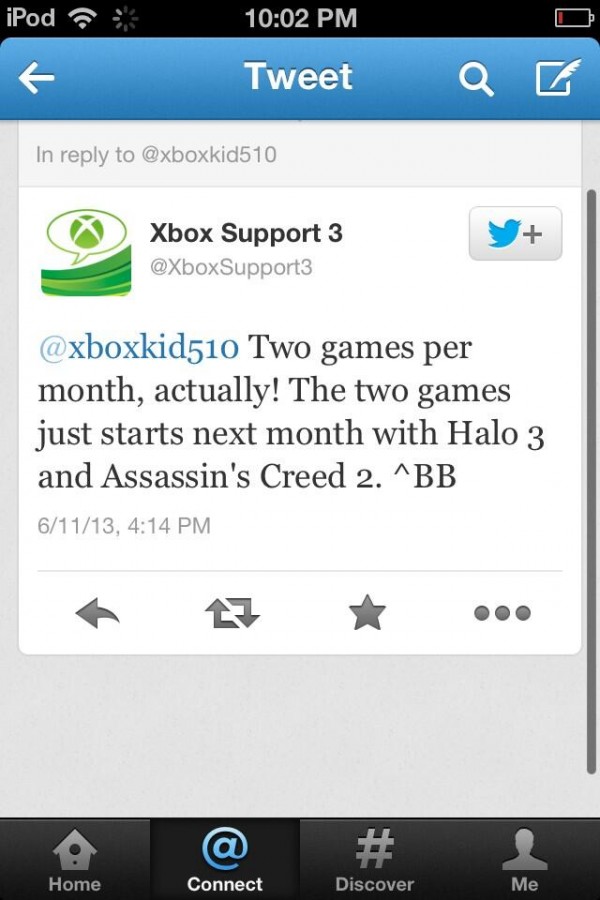 Additionally, when asked if Microsoft had any plans of continuing the Games With Gold offer beyond it’s initial term, set to finish at the end of the year, Major Nelson replied, saying, “anything is possible, we’ll see how the program goes.”

Would you guys like to see Microsoft extend the Games With Gold offer past it’s initial term? Also, were you upset with the first pick for a free game? Let us know in the comment section below.

Battlefield 3 – Semi-Secret Pathway Discovered on Noshahr Canals, Did You Know?