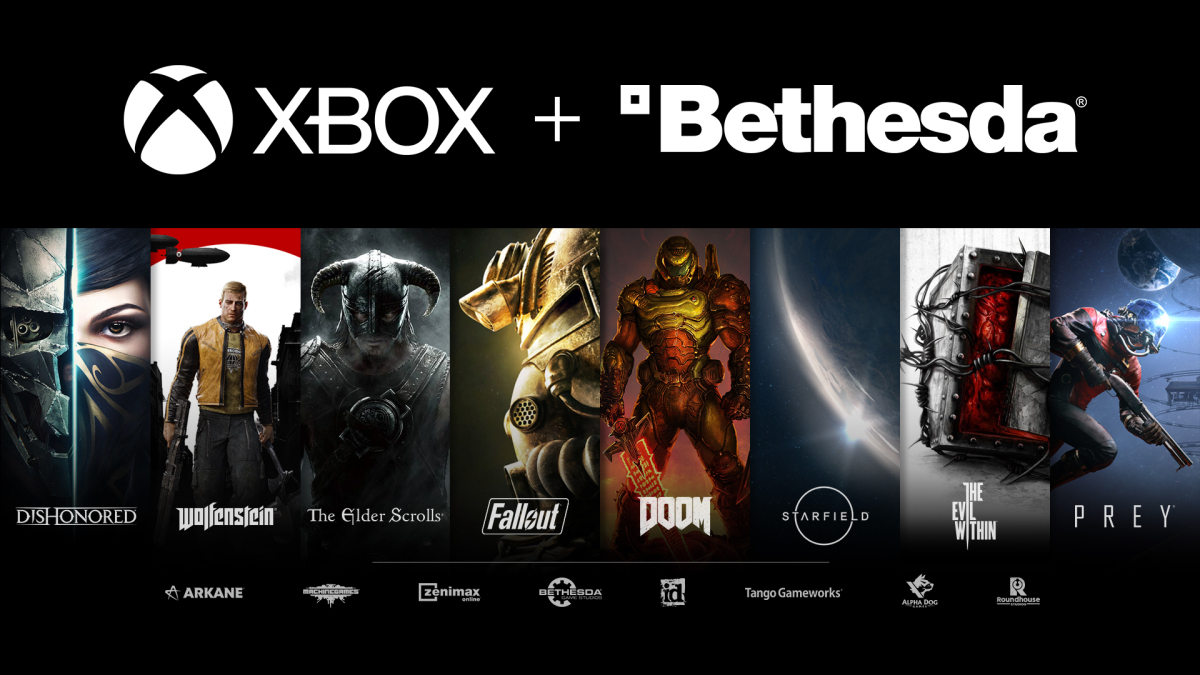 In a press release, Microsoft announced that it has acquired the entirety of Bethesda (its internal studios, IPs and more) for $7.5 billion. This is the type of power move Microsoft absolutely had to make to silence the unrelenting chatter surrounding Xbox’s lack of exclusive games. Now, Microsoft adds the likes of Doom, Elder Scrolls, Wolfenstein, and Fallout to its arsenal.

What does this mean moving forward? Well, the immediate reaction will surely be a net-positive for Microsoft, as this should help pump up the early numbers on their next-gen consoles. But this move is more about the long-term than short. Not only does this add a slew of critically acclaimed franchises, it also takes them away from Sony’s playbook. Microsoft’s acquisition of Bethesda is the rare win by addition and subtraction. On top of that, there’s plenty of crossover ideas already beginning to take shape. Always envisioned Master Chief ripping out demon eyes alongside the Doom guy? Maybe thought about B.J. Blazkowicz traversing the sad, empty landscape of Fallout with dragons flying overhead? OK, so maybe not that last one, but it’s possible!

Microsoft desperately needed something like this to jumpstart the next generation of Xbox. Many might look at the deal and gasp at the price tag (fun fact: Microsoft paid $3 billion more for Bethesda than Disney paid for Star Wars), but right now, I don’t think Microsoft higher ups are sweating that much. The acquisition delivers instant positive coverage, excites the current Xbox fanbase, and piques the interest of many non-Xbox players. Before, it was looking as though Microsoft would be content serving the role as “secondary console” or the one with pretty graphics. If we’re to take anything from this acquisition, it’s that Microsoft is done being second fiddle.

With a seemingly more powerful console than Sony and hands down the best deal in games with Xbox Game Pass, it would be foolish not to integrate yourself in the Xbox ecosystem. There’s going to be plenty of questions regarding this move, like what happens to Deathloop and GhostWire: Tokyo? According to reports, the acquisition of Bethesda will close sometime in the first half of next year, which will may not affect Deathloop’s release, currently set for Q2 2021.

To answer the question everyone is asking: Phil Spencer tells @dinabass that Xbox plans to honor the PS5 exclusivity commitment for Deathloop and Ghostwire: Tokyo.

Future Bethesda games will be on Xbox, PC, and "other consoles on a case by case basis." https://t.co/Agyttr53LO

However, Microsoft’s swift acquisition of Bethesda definitely flips the script on next-gen and firmly moves the needle in their favor. At the current juncture, I don’t think Microsoft is necessarily trying to outdo Sony in the exclusive department, but rather gain some ground.

As stated in Jason Schreier’s above tweet, Microsoft could have something else up its sleeve. Now owning Bethesda and all its subsequent titles, Microsoft acts as a glorified middle man. If the company chooses to allow Bethesda to continue to offer their games on different platforms *cough* PlayStation 5 *cough* then Microsoft would reap the rewards. Use Minecraft as an example. In 2014, Microsoft purchased Minecraft for $2.5 billion, but the game is still accessible across all major platforms, ensuring that Microsoft profits as much as possible. If Microsoft elects to go down this route, they could still maintain their “play anywhere” mentality and also come out better financially on the other end. And even if they fully embrace this role, Microsoft can also request special timed exclusive content like how Sony users will received Spider-Man in Marvel’s Avengers.

Regardless of what road Microsoft ultimately embarks on, the acquisition of Bethesda opens up a door of possibilities that will surely benefit the Xbox brand greatly. The smart bet is Microsoft finds a middle ground that will continue to see Bethesda develop games for all platforms, while Xbox users receive some form of exclusive content.

Xbox owners need something to feel special, and now, Microsoft has about $7.5 billion worth of love to give.

Editor’s Note: Views expressed here are solely that of the author’s and doesn’t represent the entirety of MP1st and its staff.