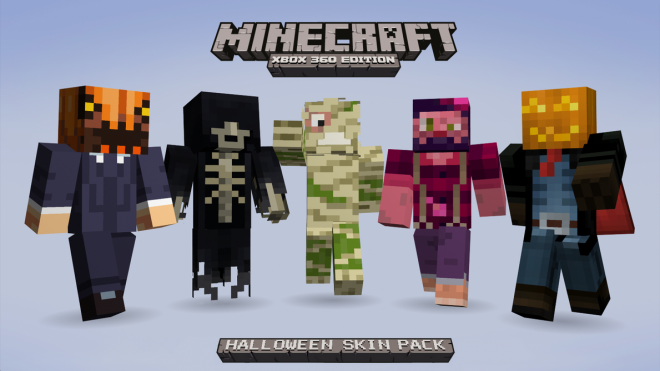 The title says it all. At last, a game without the words “Call of Duty” in its name has risen to the top spot of the most-played Xbox Live titles.

Live Activity for week of October 15

In other Minecraft news, Xbox 360 users are getting a chance to preview the version 1.8.2 update tomorrow and Friday (October 25 and 26) with the PlayXBLA team via a live streaming event. You can watch them right here at the following times:

Additionally, on October 26, Xbox 360 users can also look forward to a special Halloween Skin Pack for 160 MS points which includes a whopping 55 sets of different skins from developers around the world. If that’s not cool enough for you, 100% of every purchase will go to four different charities of which have been chosen by Mojang, 4J Studios and Microsoft Studios. This pack will only be on sale for a limited time – Friday, October 26 through Monday, November 26, which gives you an entire month to contribute. You can learn more about the event here.

We recently reported that Halo 4’s Xbox 360 pre-order numbers have reached just short of Call of Duty: Black Ops 2’s numbers on the same platform in the US. Do you think Halo 4 has what it take to top Black Ops 2 on these charts this fall?