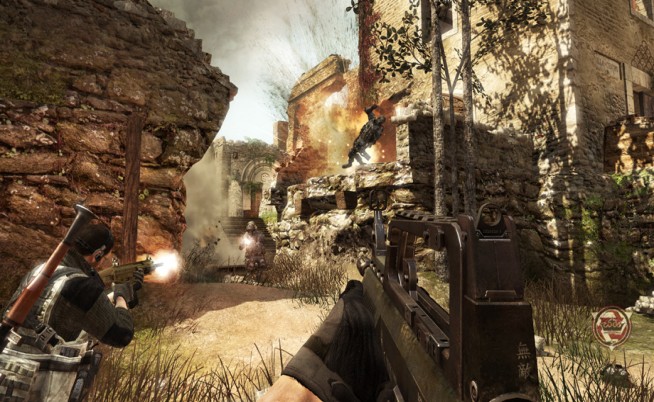 Update 2: Infinity Ward has announced that “3v3 should be fixed now.”

Update 1: It seems that public 3v3 Face Off playlists have indeed been added to Modern Warfare 3, but not without its issues. Infinity Ward has stated, “we are aware of the 3v3 party limit (of 2), and we are addressing it very soon. We apologize for the inconvenience.”

Original Story: The studios behind Call of Duty: Modern Warfare 3 recently introduced the brand new 1v1 and 2v2 game mode Face Off to the series in the latest content drops on the Xbox 360 (soon on other platforms). ELITE members recently got their hands on four brand new Face Off maps while non-ELITE members got a taste of two for free just yesterday. All of these maps will be included in the MW3: Collection 2 DLC, which you can read our review of right here.

However, if 1v1 or 2v2 isn’t enough for you, you might be interested to know that 3v3 gameplay might be making its way to MW3 soon. Infinity Ward Community Manager Tina Placios hinted at the possibility when she tweeted earlier, “…a little bird told me 3v3 may be coming soon…”

Additionally, We tested this and found that spawn locking was far more possible on the smaller maps with larger team sizes. For now they will remain FaceOff specific in the public playlists. You can up the player count, however, in Private Match.

Would you appreciate some 3v3 gameplay in Modern Warfare 3?

This Week On Xbox LIVE Marketplace [5/16]