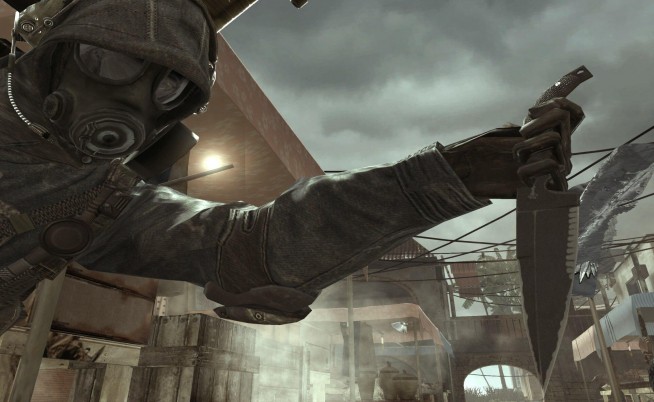 Not a big fan of being “panic knifed” in Call of Duty: Modern Warfare 3? Get used to it. Creative Strategist, Robert Bowling, responds to fans’ dislike of the current knifing system and the state of the Extreme Conditioning perk.

If you’re using the standard button layout for Modern Warfare 3, then you know the swing of your blade is only a tiny right thumb click away (on consoles) from downing your enemy in one foul swoop. This reflex tends to be the first reaction of one who finds themselves in a tricky situation all of a sudden. Hence the term, “panic knifing”. This has been a part of the Call of Duty franchise for ages now. But more and more, it seems to be receiving a lot of “hate” from the Call of Duty community. Many see it as a “cheap” and “easy” way to get kills. To add insult to injury, it definitely isn’t fun being knifed after having shot your enemy a couple of times first. In a virtual argument with fans on Twitter, Robert Bowling shares his view on the infamous “panic knife”.

“The lesson here is 1) Get a headshot at that range. – or – 2) Don’t get so close to your enemy,” Bowling argued. He also stresses caution when turning corners to avoid being knifed. “Of course you’ll get stabbed if you run into someone. Thats the risk of not taking your time and not checking your corners.” Obviously, Bowling is ‘for’ the current system of knifing.

On a minor note, Bowling was also asked if shotguns would ever be seeing any further tweaks since the recent patch 1.08 as some users declare them to still be underpowered. He replied, “anything’s possible, but no plans currently.”

Could Old CoD Maps be Coming to Modern Warfare 3? – Name Changes of Liberation