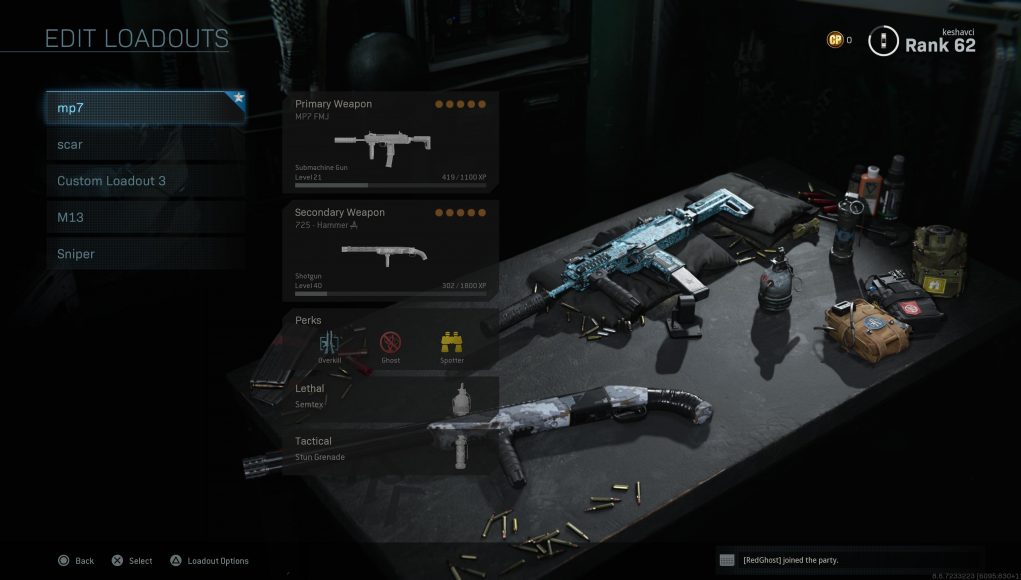 This was confirmed by Infinity Ward Lead Art Director Joel Emslie over on the Modern Warfare subreddit when he answered a player begging the studio for more Modern Warfare custom loadouts.

You and everyone else that has commented on this are right. Its in mainline back at the studio and weve been tinkering with it. Im not sure which update its in but I think its next. Believe it or not it can cause horrible bugs if not tested properly. Im not certain about all this so don’t get fired up on me if Im wrong. Since I’ve commented here Ill stick with the issue at the studio.

“Just a reminder, time does not allow me to scan the entire sub and acknowledge everything problem, comment, or feedback day to day but I try and help whenever I can.”

That’s definitely good news, right? While no exact date has been given for the next Modern Warfare patch, odds are, it’ll drop sometime this January.

Also of note, if you’re digging Infinity Ward’s blue print system for weapons, the studio has plans to let players combine blue print attachments, and then apply different camos on the weapon. This was once again confirmed by Emslie in answering a player’s question.

At some point in the future we are hoping to let you combine different blue print attachments together to Frankenstein weapons and then apply different camos. Its really buggy though so I dont have an answer as to when we would be able to push out an update for it but we are trying to work the problem.

Not only that, but Emslie also “agreed” on how solid camos like a matte black or red should be part of the gun camos in the game.

Again, there’s no official time frame on when we’re getting blue print combinations, or solid colored camos, but at least we have acknowledgement from the studio that they’re looking at it, no?
In other Modern Warfare news, we ran our ranking piece of the best Call of Duty multiplayer experience of the decade! Go check it out to see where Modern Warfare ended up on.