In case you didn’t know, Infinity Ward rolled out a new patch for Call of Duty: Modern Warfare that introduced Season 3, and also a new Battle Pass. It seems this Battle Pass has a Modern Warfare Resident Evil Easter egg!

Curious? I would imagine so. The Modern Warfare Resident Evil Easter egg is in the form of a pistol, which should be familiar with Resident Evil fans when they see it. Included in the Season 3 Battle Pass (and free for everyone who reaches the tier), is a new pistol called the “Renetti” which you can see below. 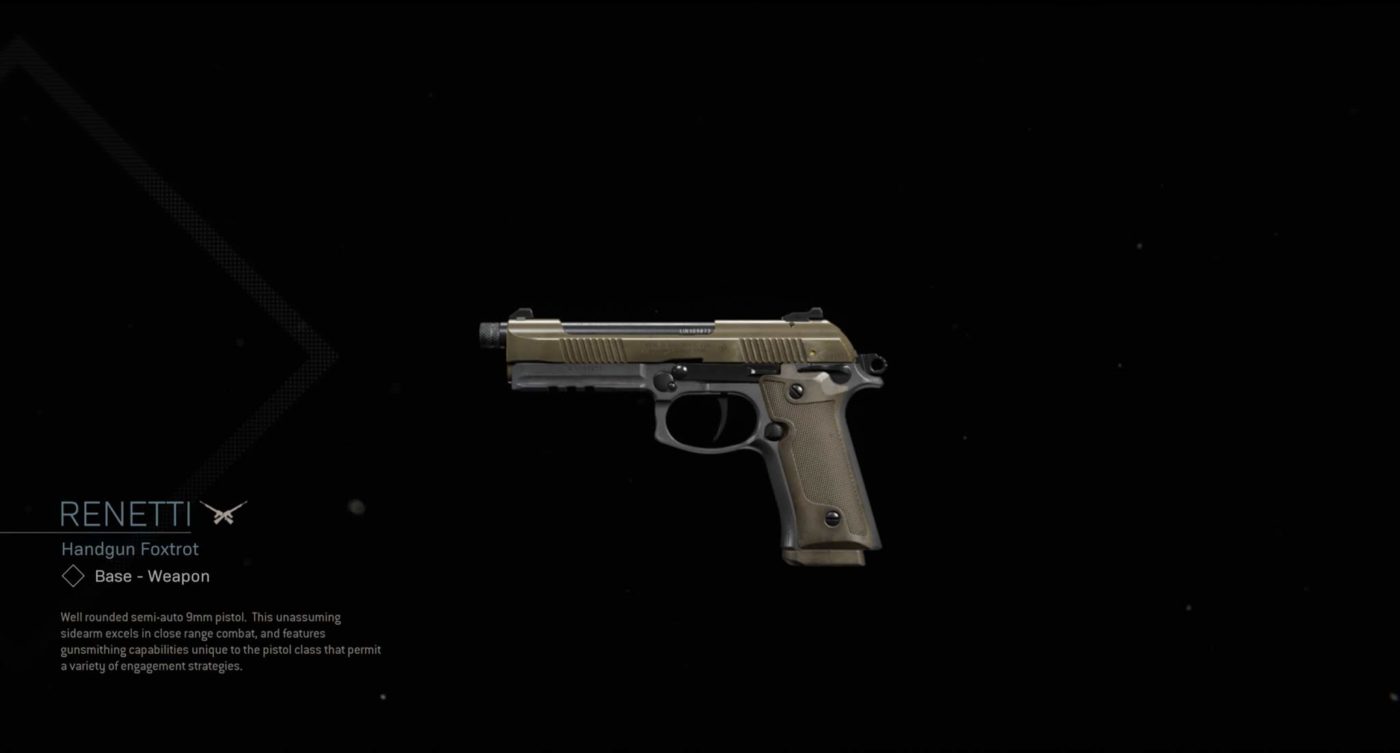 I know what you’re thinking: it doesn’t look like anything Resident Evil-related, right? If you manage to grind and own the Battle Pass up to tier 85, you’ll then obtain the “Guard One” Handgun Foxtrot Legendary Blueprint! 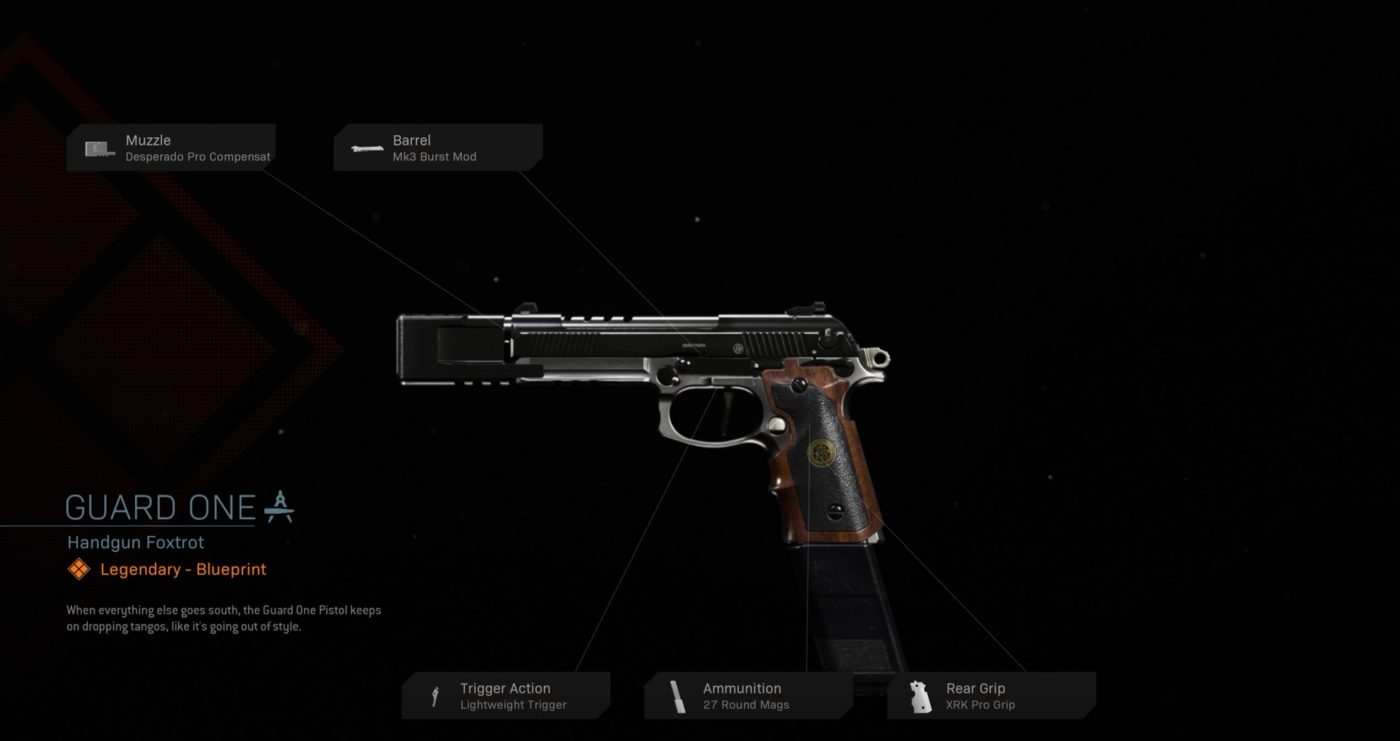 Those wondering, the Guard One pistol looks exactly like Wesker’s Samurai Edge! We even whipped up a side-by-side comparison between the two, along with more images of the gun in Modern Warfare. 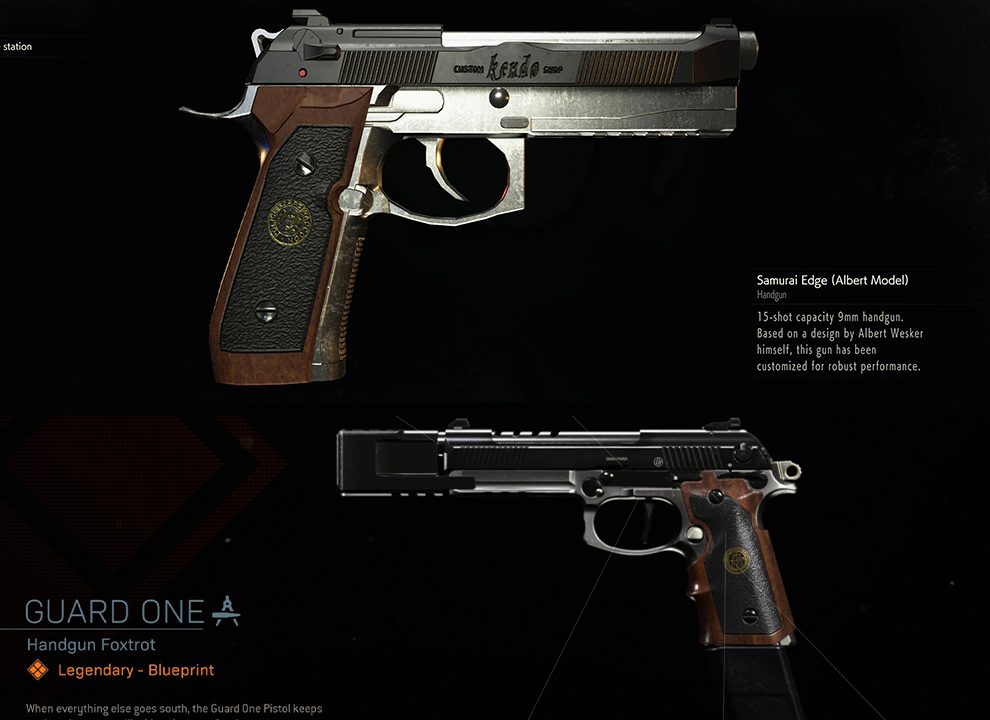 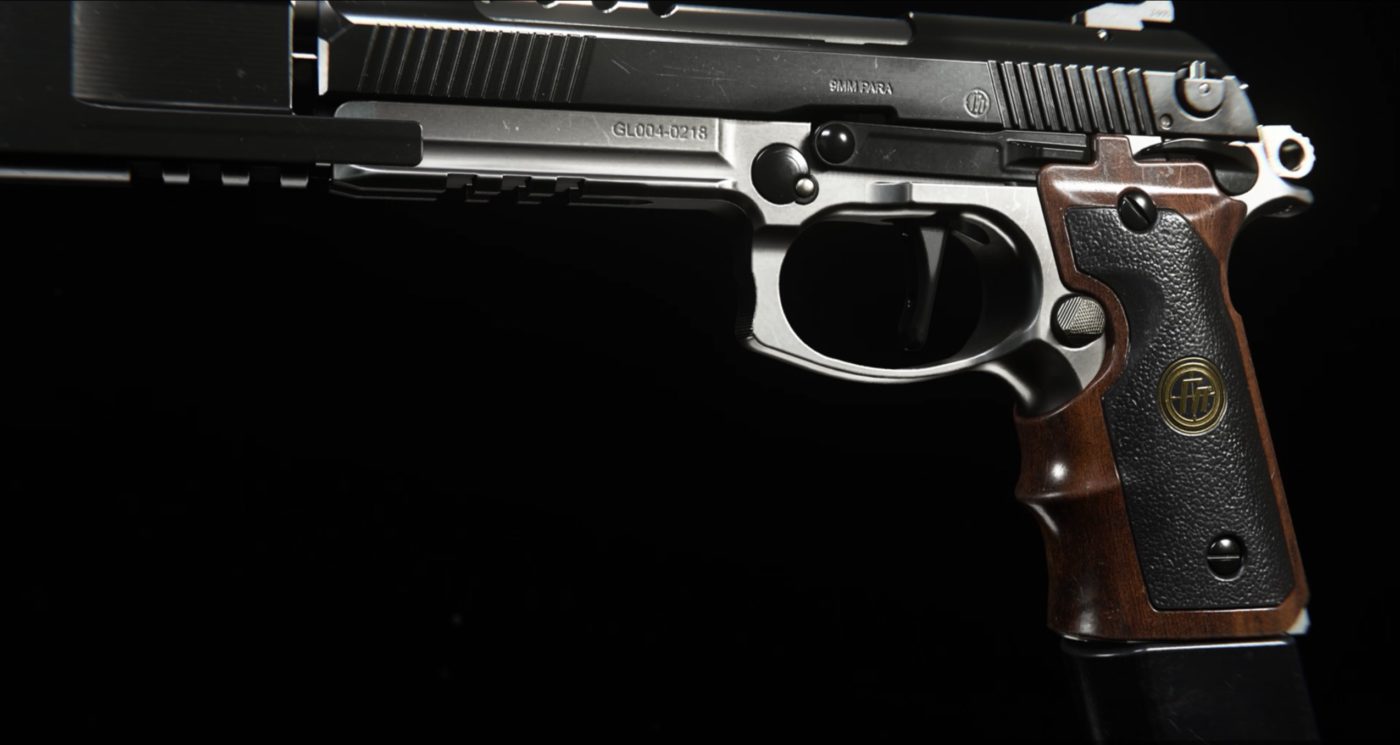 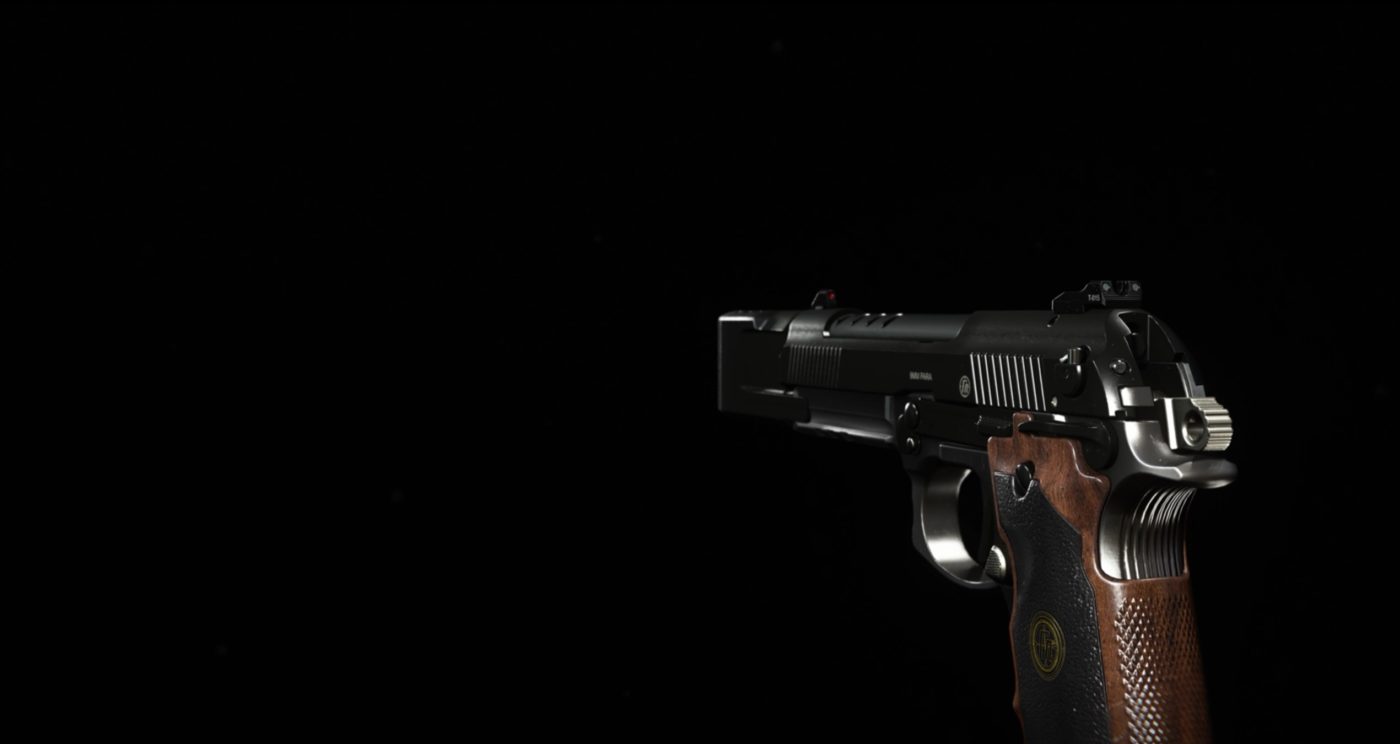 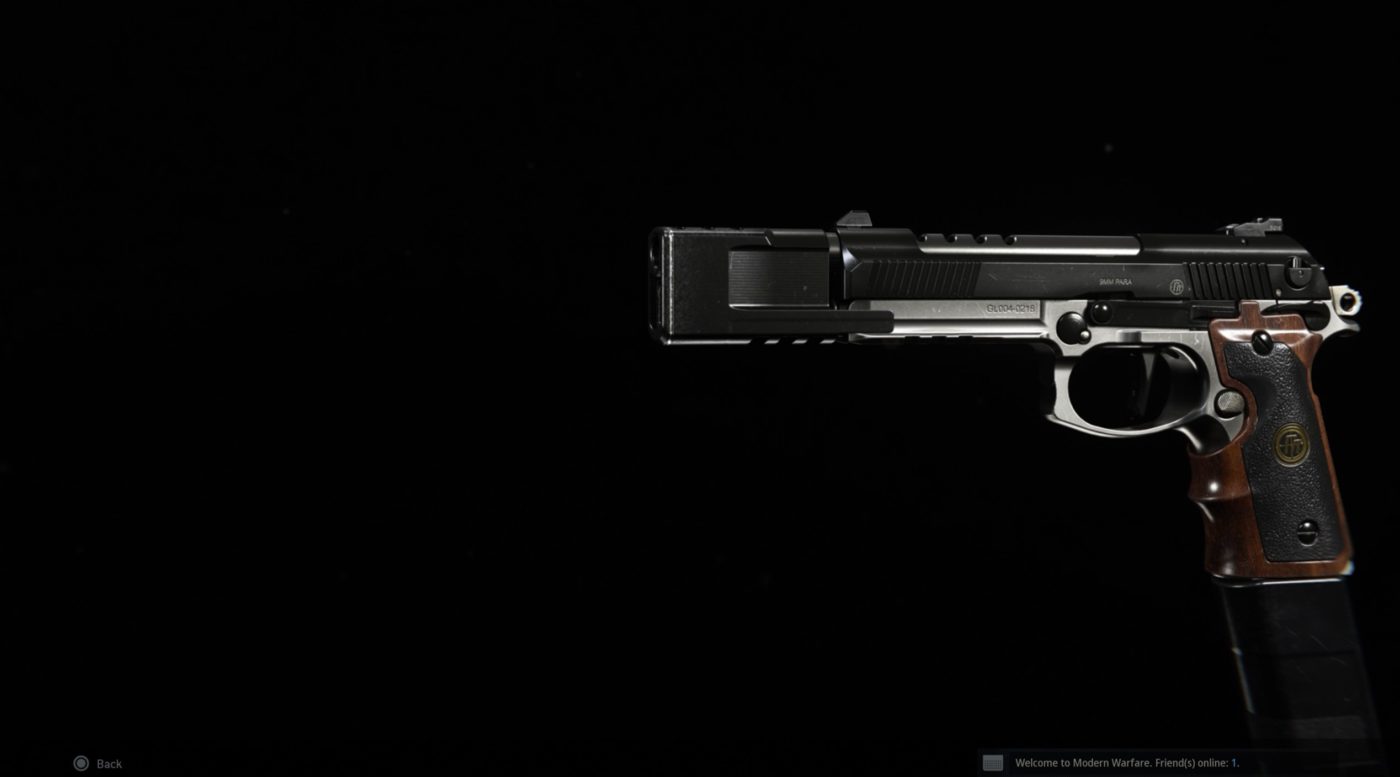 As one Reddit user puts it: “Yep. Stainless frame and barrel, black slide, wood grips but with a black inlay, and a gold emblem in the centre. It’s specifically Wesker’s at its core (not the regular version), however the compensator and extended mag are a nod to Burton’s 96FS version.” 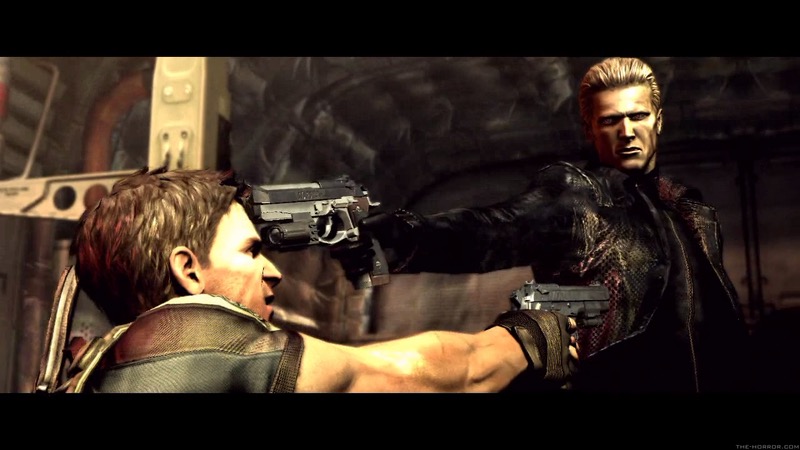 This is definitely a nice touch by Infinity Ward, who it seems are Resident Evil fans themselves. And perfect timing too, as Resident Evil 3 Remake just got released last week.

Have you spotted any other new Modern Warfare Easter eggs? If so, send as a email and we’ll credit you with the find.