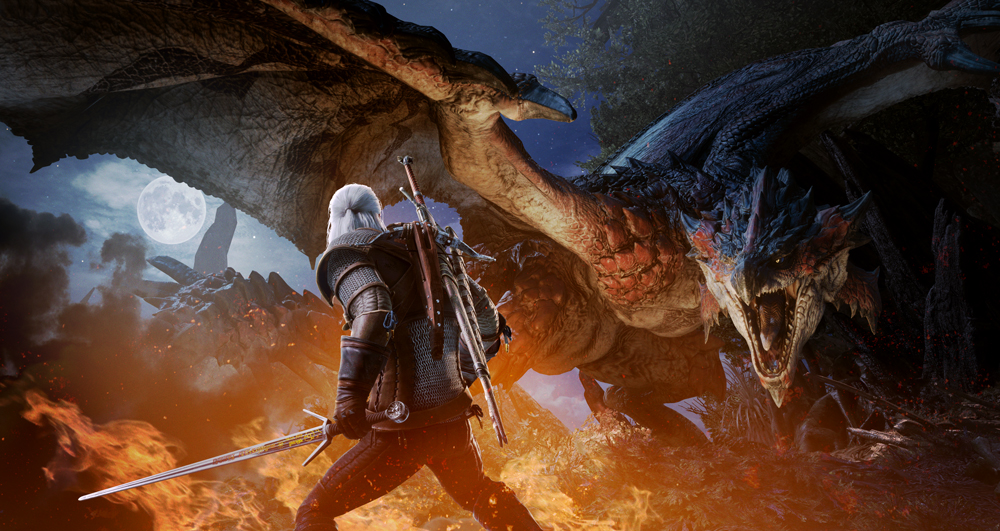 Capcom is expanding one of the year’s best games as new Monster Hunter World DLC has been announced! Titled “Iceborne,” the new content will be available in autumn 2019 for the PS4 and Xbox One, with the PC release details coming in at a later date.

Monster Hunter World Iceborne will feature new quest ranks, locales, monsters, moves and gear, along with a “full narrative experience” that Capcom says will continue from the ending of Monster Hunter World. The base game is required for the expansion, and more details about it will be shared next spring. Check out the teaser trailer below.

If that wasn’t exciting news, The Witcher’s Geralt is coming to Monster Hunter World too! Capcom is working on a special collaboration with CD Projekt RED to bring Geralt to the New World in early 2019! According to Capcom, Geralt will have unique quests will be offered that will feature a brand-new type of gameplay that “blends the immersive RPG experience of The Witcher 3 with Monster Hunter World.” The voice actor who gave a superb performance as Geralt in The Witcher 3, will be back and has recorded new dialogue to further “enhance the collaboration.”

For the latest Monster Hunter World news which includes our homemade guides, check out the game’s hub page!