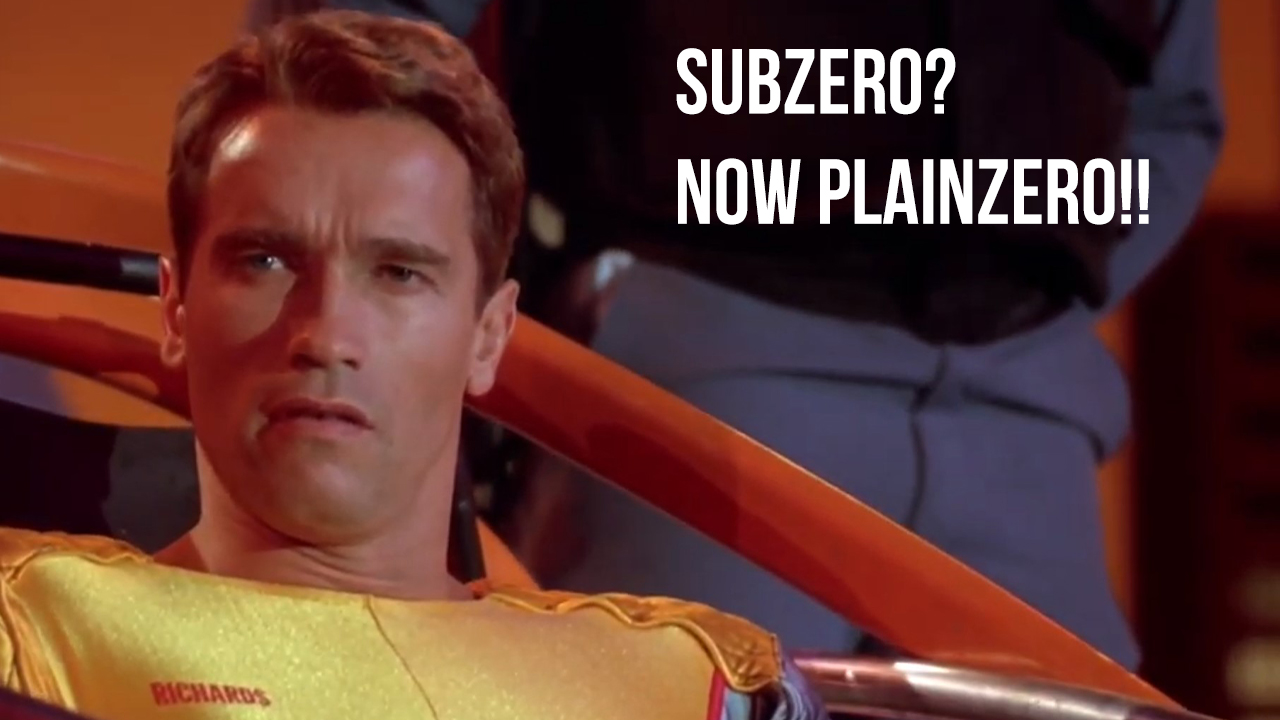 The Terminator is finally out for Mortal Kombat 11, and while fans of the series will no doubt recognize many of the Terminator movie references, NetherRealm Studios has taken things a step further include references from many past Arnold Schwarzenegger films. Subzero? More like Plainzero! We list down some of the Mortal Kombat 11 Arnold Easter eggs we’ve spotted so far.

Alright we’ll start with the one that literally wrote itself. For those who haven’t seen the Running Man, it’s a movie that takes place in a dystopian future where the major form of entertainment is watching convicted felons fight for their lives on national TV against champions, in hopes of winning their freedom. Well one of those champions just so happen to be named Sub Zero, and upon his death on Arnold, while looking at the camera yells the following dialogue.


While this dialogue would have been better suited for his encounter with Subzero, the line is at least brought up in one of the intros with Jacqui Briggs where she asks the Terminator if it is true that Subzero is now Plainzero.

Before we move on, one thing I would like to mention and this may actually be a easter egg in itself is that a lot of the lines that the Terminator references are slightly different in a way that they don’t use shortenner suchs as “it’s”, but instead states them completely as “It is”. This may in fact be a reference to when Arnold was working on the Terminator where he stated to James Cameron that the machine should talk like that due to it’s intelligence and efficiency. This came up when Arnold had an issue with the famous “I’ll be back” line as he wanted to pronounce it as “I will be back”. We aren’t for certain, but we noticed with a lot of the dialogue that this is the case and if this was purposely done, well we need to say Netherrealm Studio you’ve really outdone yourself with that one there, though again it may just be the case of “reading” too much into it.

Johnny will say this during his intro with the Terminator “To be or not to be…not to be”. this is from the opening scene of Last Action hero when they parodied the classic tale of Hamlet.

Additionally there is a skin for the Terminator that gives him a brown jacket with a red shirt, which is the same color of Arnold’s outfit in the film.

One of Shao Kahn’s intro dialogue asks the Terminator to serve him in his aid of conquest, when asked what is his mission, Shao Kahn responds with “To crush my enemies and see them driven before me”. This is a direct quote from Conan The Barbarian.

Cassie Cage makes a mention of getting to the choppa, a famous line for Predator.

In the Terminator intros with Baraka, the Terminator will quote two other lines of dialogue, the first being “If you bleed. I can kill you”, which was “If it bleeds, we can kill it” in the film, and the other line being “Ugly Motherfucker” which is said at the end of the Predator when the monster takes it’s mask off.

In an exchange with Johnny Cage, the Terminator asks to be brought to Sarah Connor in which Cage responds with “Think of me as your Johnny cab” It’s a clever play with his name, but also a direct reference to the driver-less Johnny Cabs.

Cassie Cage also references Total Recall as she says to the Terminator “You wouldn’t hurt me, would you sweetheart?”, which is the same line Douglas Quaid (Arnold’s character) wife says to him before attacking him.

Jax asks how long the Terminator has been here, the response: Two Weeks.

Liu Kang – Your Mars has blue skies? Terminator – I can RECALL those files TOTALly. Obviously a clever way of concealing Total Recall title, but the blue skies is a direct reference to the ending of the film where the heroes save Mars by giving it a breathable atmosphere.

Jingle All the Way

In the movie, Jingle All the Way, Arnold plays a character who is constantly working and has no time for his son. To try and make it up to him, he decides to buy his son the latest Holiday craze, the Turbo Man Action Figure. Things quickly go south as he finds himself locked in combat against a postal worker played by Sinbad, over the last Turbo Man figure. Yeah as you guess this movie didn’t fair to well with the audiences, and it didn’t help that Arnold was at a pretty weird point in his acting career with other titles such as Kindergarten Cop, Twins and Junior. Anyway, this reference is brought up during a intro between the Terminator and Kabal when the Terminator requests Kabal to show him his speed and Kabal then states “its Turbo time!!”

And speaking of this film, the infamous “It’s not a tumor” quote is used during the interaction with Jacqui Briggs where she mentions the Terminator having a thick neck.

There are actually two mentions of to the film True Lies. The first being between Johnny Cage when the Terminator asks if he has ever killed anyone.

The next one is with Jade, the Terminator claims that Johnny Cage had given her the codename “Doris”, which is the codename Arnold’s character gives to his wife in the film. Yea, this was an easy one to miss and I’m more surprised at myself for even remembering it.

Well, it wouldn’t be a list of Arnold quotes if it didn’t include anything from The Terminator films themselves. Down below will be a list of quotes said in-game along with their actual quotes and movie their from. We won’t include Legion (Terminator Dark Fate) references in this list as the film isn’t even out yet and a lot the in game characters interchange the word with Skynet. If you do hear Legion mentioned in the game though it is from Terminator Dark Fate.

Terminator Outro – I see now why you cry (Terminator 2 ending)

Chill Out, Jax. In Terminator 2 the line is “Chill out, Dickwad”

Cassie Cage/Terminator Intro – In one of the intros that is available for the Terminator, the character walks in with a shotgun concealed in a Johnny Cage action figure box. In Terminator 2 he does the exact same thing, however it is with a box of roses. Cassie Cage makes a mention of this asking about the lack of roses.

The Terminator has glasses accessories that will have one side lit up red, a call back to the first film. The Terminator also asks Kano if he is a Terminator due to his exposed metallic face and red eye. 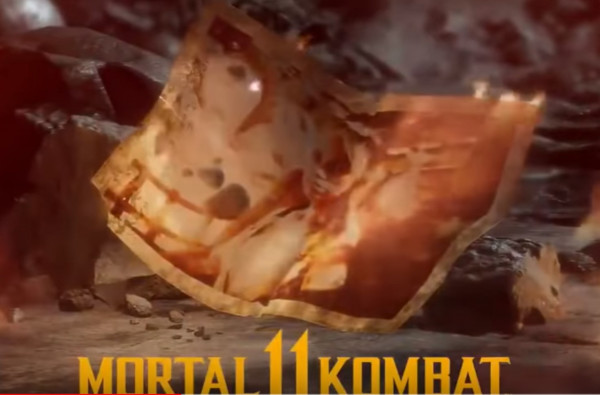 Sonya Blade/Sarah Connor – Sarah Connor? This is from the first Terminator movie when the Terminator is knocking on doors asking for Sarah.

In the same dialogue with Sonya Blade the Terminator mentions that she is also marked for termination. This is obviously due to the similarities both characters share, and in fact Sonya has a Sarah Connor skin that was released in this latest patch.

In the Terminator tower ending, the character comes to the conclusion that no matter how many times Skynet tries to change the future, it will always lead to its destruction. It eventually decides that the ensure both survive, they must coexist together, and it achieves this with Konika’s Hourglass. Wanting to ensure the Hourglass never gets used again, the Terminator sinks himself in the sea of blood while waving goodbye. This is in reference to the ending of Terminator 2, where the Terminator sacrifices himself in a steel of lava, while giving a thumbs up to John Connor.

Terminator to Subzero – This one may be a stretch, although it does fit. In the intro between terminator and Subzero, Terminator asks if Subzero commands the cold, in which he states there is no better Cryomancer only for the Terminator to ask him to prove it. This may be due to the fact that Arnold played as Mr. Freeze in Batman & Robin

Another one we aren’t 100% sure of, though we suspect it might be a reference to The Matrix.  In an exchange between Kano, the Terminator states that he needs guns from the black market dealer, all of them. The line in the Matrix has a character asking what neo needs, in which he states “Guns. Lots of Guns.” Again we aren’t 100% sure on this one, though it does in the least match up somewhat.

It can also be viewed as a call back to Terminator 1 when The Terminator is shopping at the gun store and loading up a rather large arsenal of weapons.

These are all the ones that really stuck out to us, and I’m sure there’s many others out there but in the least it is pretty fun being able to spot these cool references throughout the DLC.