Following its last developer presentation that focused on Mortal Kombat X fighter Johnny Cage and the first chapter of the game’s story, NetherRealm Studios is back with another Kombat Kast stream giving the public a first look at three more recently revealed characters.

This week’s spotlight shines on Kung-Jin, Mileena, and Kenshi’s son, Takeda. You can watch the footage for each fighter below:

Additionally, this week’s stream also revealed a new -ality addition to the Mortal Kombat series that takes aim those who tend to quit their matches mid-game. Now, a “Quitality” is performed on any character that leaves a match before the round is over.

Speaking of matches, NetherRealm also revealed a new game mode called Custom Matches, which allows you and the opponent to pick any of the modifiers that you’ve unlocked through the Living Towers or the Krypt to be applied to the fight. Unfortunately, custom matches will only be available via local multiplayer.

There’s also some good news for those who will be purchasing the PlayStation 4 version of Mortal Kombat X, which was announced to support PlayStation 3 arcade sticks.

Mortal Kombat X is set to release on April 14 for the PC, PlayStation 4, and Xbox One platforms. Of note, however, is that Xbox One owners can now pre-order and pre-load the game, which will officially unlock at 12:01 PST, April 14. You’ll find the Premium Edition and the Standard Edition on the Xbox Store along with the Samurai Pack whose store page offers a cool look at some of the new costumes: 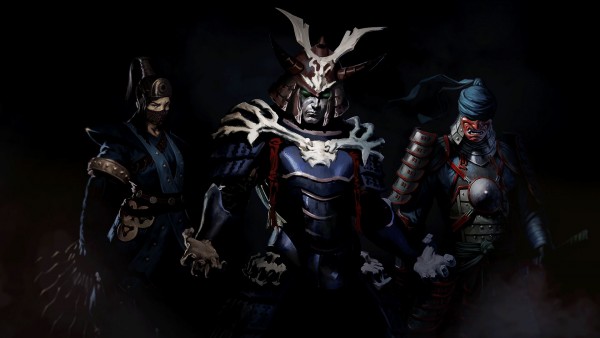 It has come to our attention that the Xbox store description for Mortal Kombat X’s Combat Pack appears to have let out the news that the iconic Predator character will make an appearance as a guest character along side Jason Voorhees. 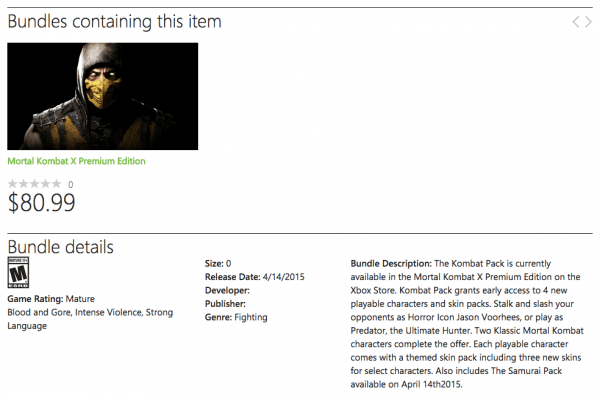 The Predator sure is a good fit for the Mortal Kombat universe, after all. What do you think? Keep your sights on MP1st for updates.