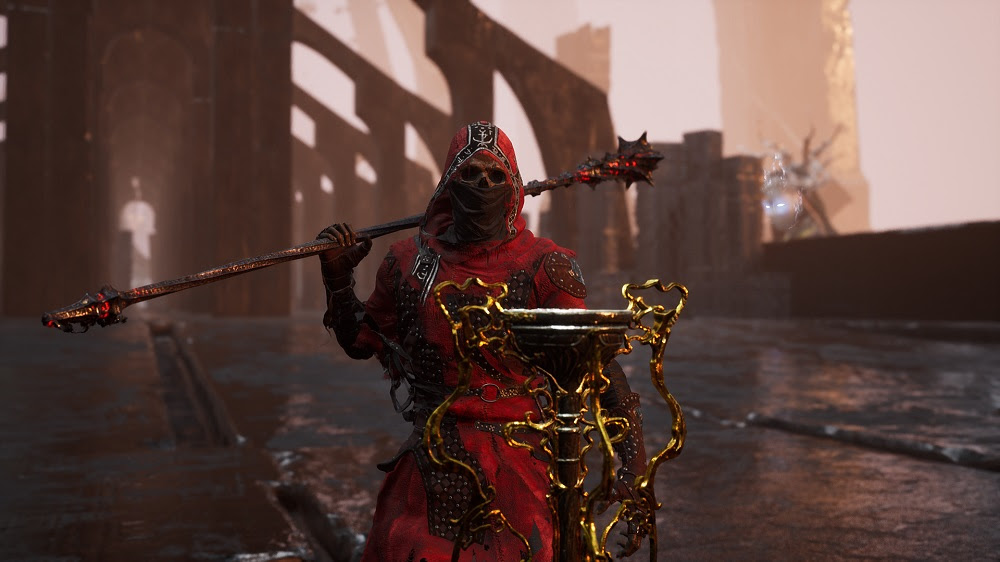 Mortal Shell, Cold Symmetry’s action RPG is getting the next-gen treatment! Called the “Mortal Shell: Enhanced Edition,” this the Mortal Shell PS5 and Xbox Series X versions of the title. There’s  a new trailer just for it along with the new features.

According to the press release, Mortal Shell PS5 and Xbox Series X versions will feature “upgraded textures,” 4K resolution, and run at an “uncompromised” 60 frames-per-second!

In addition to that, the next-gen port will also take advantage of the PS5’s DualSense controller! Per the press release:

From the whispering sounds and heartbeat vibrations that resonate from your controller as you approach a new Shell, to the impact you feel in the palm of your hands as you utilize the harden mechanics, this enhanced edition gives PS5 owners a rich physical connection to the game’s dangerous and ruthless world like never before.

Mortal Shell: Enhanced Edition will be out on March 4 as a complete free next-gen upgrade for existing Mortal Shell owners. The next-gen version will launch at an MSRP of $29.99.

There’s also a physical version announced today, called the “Mortal Shell: Enhanced Edition – Deluxe Set,” this will come with a 140-page artbook showcasing never-before-seen concept art and illustrations from the game’s development. It will also feature an exclusive reversible cover and art postcards. This deluxe set will cost $39.99 and be available at major retailers on March 4.

You can check out our review of Mortal Shell right here to see what we thought of it.