Most Played eSports Games in India

ESports has become a competitive gaming industry in India with a busy calendar of events around the year and substantial cash prizes for tournament winners. The cash rewards in the local eSports events have motivated many players to go pro and make a living entirely based on eSports competitions. The thought of being paid to play your favorite video game is exciting, especially to the millennial generation. India’s competitive eSports landscape shows preference in certain games, and the players spend countless hours mastering such games to be invincible in the tournaments. The specific games act as drivers for gaming competitions. There is no better time for fanatical video gamers in India to venture into professional eSports competitions. Betting on eSports has also given gamblers a lifeline during the tough times caused by the Coronavirus. The modern gaming industry is shaping up to be quite a game-changer for the online community. Here are a few popular eSports games that you will not miss in a gaming tournament in India.

After its release in 2012, Counter-Strike Global offensive was received with much sensationalism in India, and world-class players have emerged in the local gaming scene. The game has contributed to the growth of eSports in India due to its highly competitive gaming interface. Counter-strike is a multiplayer first-person shooter video game that allows two teams to battle each other. The quality graphics and the different difficulty levels for the various missions assigned to the players makes the action game timeless. The two competing teams’ objective is to eliminate the opposing side while completing independent tasks. Other first-person shooter games have made entry to the gaming industry, but Counter-Strike Global offensive has not lost relevance to gamers. This is because of its loyal fan base, especially in India, and its core gameplay that facilitates competitive gaming. One of the big names in India’s eSports scene is Ankit Panth, who goes by the pseudonym ‘V3nom’. He is the founder of the ‘Brutality’ team, which has bagged a few tournament prizes over the years. 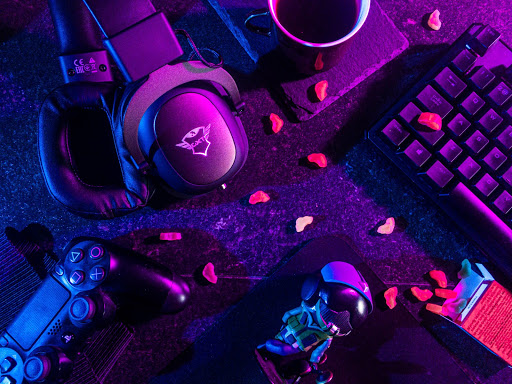 Dota 2 has earned a reputation among gamers as one of the most challenging games to master. However, the multiplayer online battle arena (MOBA) video game is easy to learn, but it offers a very dynamic gaming environment, thus giving every player a considerable chance to compete. This makes it popular in eSports competitions and a huge fan base among MOBA enthusiasts in India. The game gives players the option to choose between a hundred battle characters, each with unique features that give you a point of advantage in the battlefield. The annual Dota 2 international competition gains many entries from the best gamers in India who are willing to pull out all the stops to win the enormous cash pot. In the last competition, over $30 million was up for grabs turning the Dota 2 tournament into a cutthroat competition.

The open-world survival game is another popular choice in competitive gaming. Players aim to be the last man standing in the first-person shooter gaming interface. PUBG stands out from other modern action video games by incorporating the highlight features of open-world gaming, combining this with all the dynamics of first-person shooter games, and integrating a player base characteristic of massively multiplayer online games. These developmental aspects generate a well-balanced game that is both challenging and fascinating to modern gamers seeking a special thrill. Casual gamers in India often play the PUGB mobile version, which is equally entertaining.

According to professional gamers across the world, this is the ultimate battle-royale game. At the start of 2020, Epic Games developers reported hosting a record 12.3 million players in a single session. The popularity of Fortnight has also influenced the rapid development of eSports in India, attracting players to all major cities in the country with gaming outlets. Fortnite gains its superiority from its user-friendly gaming modes, an impressive construction system, and high-quality graphics. The game is present in all eSports events in India, and its tournaments come with an insane cash prize. There is even a Fortnite World Cup with the 2019 event offering a prize pool worth $30 million.

Other honorable mentions in India’s gaming landscape include Dragon Ball FighterZ, The King of Fighters XIV, League of Legends, Mortal Kombat 11, Overwatch, StarCraft, and Street Fighter. As new exciting games continue to complement the eSports industry, the new generation of Indian gamers will be a dominant force in international tournaments.