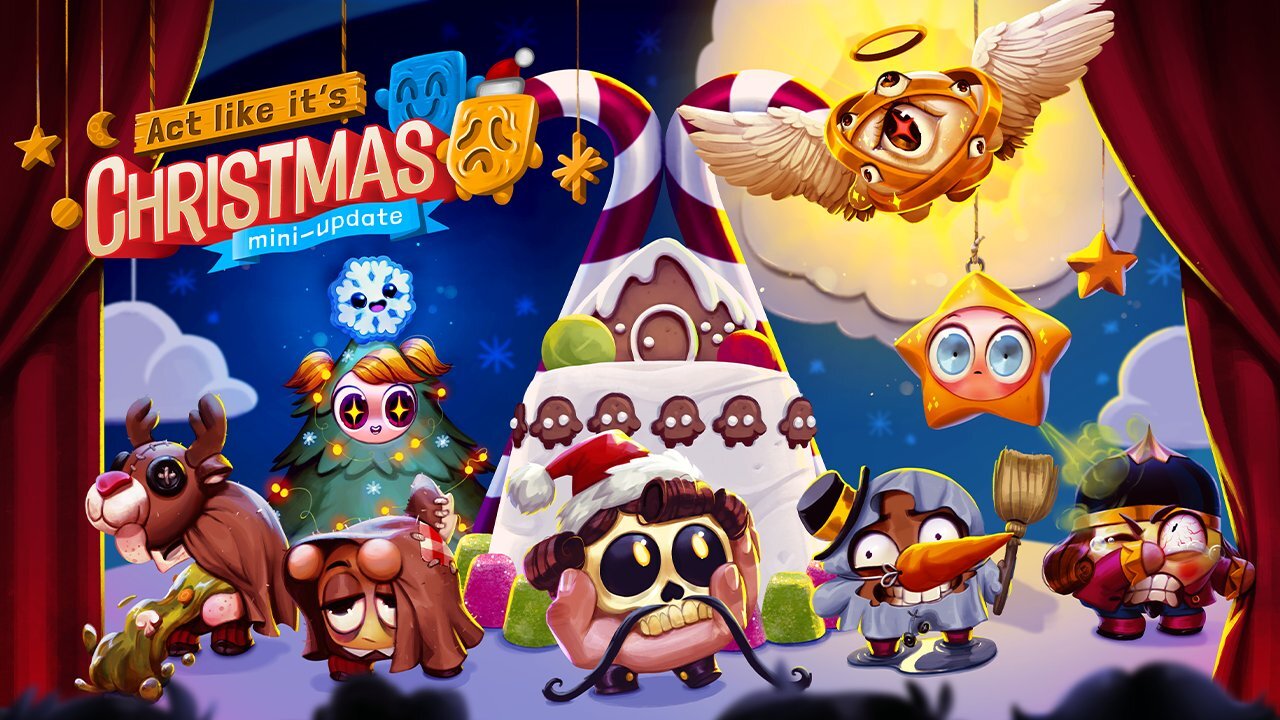 Those Awesome Guys has released the Move or Die update 1.11 patch this December 22, and this is called the “Act Like It’s Christmas” update. This brings five new characters into the game, and there’s even a bonus special character named Deepflake that will be reward free to anyone playing online multiplayer between December 22 up to January 5, 2022.

No official patch notes have been released, but we did get a press release about today’s title update which can be seen below.

Those mighty misfits at Those Awesome Guys want to wish all gamers Happy Holidays… by breaking some legs with Move or Die’s latest holiday offering, the ‘Act Like It’s Christmas Mini-Update!’ Five new characters are making their debut today. Whether it’s an over-dramatic Shakespearean nerd or a Bible-accurate angel of furious divine judgement, these holiday heroes are here to spread the rage-inducing fun only found in Move or Die. Lastly, don’t miss out on the special bonus character – the snowflake Deepflake will be rewarded FREE to anyone playing an online multiplayer match between December 22 and January 5!

Of course, it wouldn’t be a holiday update without timely sales to commemorate the tradition of destroying friendships in Move or Die. Get a copy or three at 75% off S.R.P. during this holiday sale time (PlayStation sale runs through January 19), perfect as a last-minute gift idea or absolving grievances at the Festivus table!

If you’re curious what other patches we cover, head on over to our title updates hub.