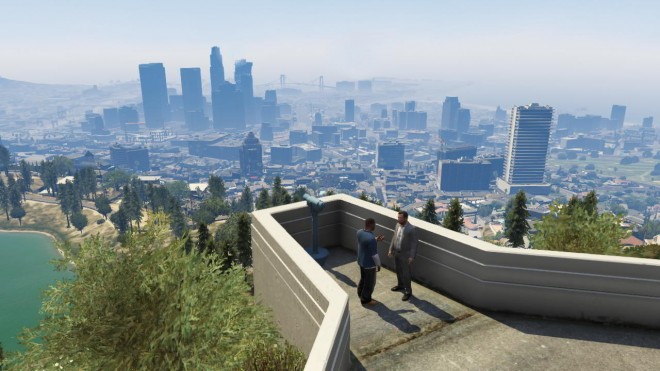 2012 has come to a close. We have survived the apocalypse and witnessed a photogenic guy win the hearts of millions, but with the new year finally among us, it’s time to look towards the more important matters at hand: what multiplayer titles can we look forward to that will be arriving in 2013?

Big Aliens fan here, and for me, this will probably be my first purchase of 2013. The recent releases of Aliens titles have been lackluster, but with Gearbox (the team behind Borderlands) developing this title, I have full faith that they will deliver. Plus, from what’s been shown thus far, the game is looking great in both the single-player and the multiplayer department. Expect more coverage of the title as we near its release.

I was only made aware of this title recently, and by the looks of things, it’s shaping up to be one very impressive MMO Browser title. Yeah. That’s right. Its a game running from your browser, much like those silly old flash games we use to play back in middle school, only this one isn’t silly. Currently running in it’s closed beta, soon to be open, City of Steam is one browser title you don’t want to miss this year.

While many are playing the Arma II Mod version of DayZ, creator Dean Hall is preparing a new standalone version to be released later this year. Many ask, “why should we bother when we can get it for free through the Arma Mod?” Well, while we don’t know exactly how much of a difference the final standalone version will be, we do know that the team is definitely working hard to make it so. News of a new engine, more content, and different server model should make the standalone version by far much more flexible and better performing than it currently is as a mod.

If you’re looking for a military shooter simulator, then Arma III is for you. Using the latest Real Virtuality Engine from Bohemia Interactive, Arma III features new lighting, physics, photo-realistic locations and all sorts of other things to make this one impressive 2013 shooter.

Seems that this title has gone completely into the dark this past year, though that may be due to the reports that it has jumped ships and moved into the next-generation of consoles. Nonetheless, we are still eager to hear about this title as both Rainbow Six Vegas 1 and 2 proved to be amazing titles when it came to multiplayer. Let’s just hope the game get’s the support it needs, come release. The target gameplay looks great, though it’s not actual gameplay.

This is probably my most anticipated title for the PS Vita next year. Taking the role of a Mercenary, you’ll be fighting against and with both the Helghast and the ISA. The only thing that matters to you in this war is money. The title looks absolutely great for a PS Vita game, perhaps sporting the best graphics yet. Gameplay for Killzone has always been fun, and while no multiplayer has been confirmed yet for Mercenary, one can only hope that it truly will be the best FPS experience on handheld. We expect to hear about the multiplayer later this year as Guerrilla Games set themselves to reveal more details about soon.

If you missed my Beta preview from a couple of days ago, then go a give it a read. I am extremely satisfied so far with how the Beta is being handled. So, for those who had doubts about the Multiplayer, I say, at least give it a try, then come back and tell me you didn’t enjoy mashing your best friend’s head with a hammer. Be it whether you’re in it for the single player or the multiplayer experience, God of War: Ascension will be a must have 2013 title.

For one thing, I’m deeply impressed by the graphical input of this game, though the guys at Crytek need to be able to follow through this time. Graphics can only get you so far, considering that the story and multiplayer of the last title weren’t exactly as great as I had hoped for them to be. However, it seems that from all the previews and videos shown, Crytek has taken all criticisms of Crysis 1 and 2 and is crafting Crysis 3 with fine blend between the best features of both titles. Hopefully, it delivers.

Not much is known about the multiplayer other than players of Max Payne 3 will be able to import their crew members into it. Whether it follows the same route as GTA IV or goes on a new, innovating route is all on the table, but we’ll make sure to keep the news flowing as long as it’s there.

This is probably a title that you’ll want to play single player mostly, but since we haven’t actually seen anything from the multiplayer yet, that’s to remain untold. We expect it to follow the same route as Uncharted 2 and 3, and to offer both player vs. player and some unique co-op story/hoard modes.

Call of Duty “Next”

It’s a no brainer that a new Call of Duty title will be releasing. After all, it is annualized. The real question is, what can we expect this time around? Seeing that Modern Warfare 3 may have been the last in its series, it’s possible we can expect to see a completely new and fresh title from Infinity Ward (and others) this year. Though, Modern Warfare 4 wouldn’t be much of a surprise either.

This is the last DLC expansion for Battlefield 3, and is set to release in March 2013.

Battlefield 3: End Game delivers some of the most high-speed warfare to date across four vast maps. Race through enemy lines using the new dirt bike, bringing speed and agility to the Battlefield, or fight back aerial assaults with new lightweight AA vehicles. Coordinate lightning fast attacks and defenses in the return of the classic Capture The Flag game mode. In the skies, the new dropship introduces the ability to turn the tide with rapid deployment air drops of troop transports.

Once EA is finally through with the last of BF3’s DLC, they can hopefully start focusing on their next big installment announced late 2012. Not many details have been revealed other than its set in modern-day, like always. Either way, we expect big things from this one.

Yep, the Elder Scrolls is finally making its multiplayer debut with The Elder Scrolls: Online. While many are a bit worried about the end result of this title, I for one am very excited to get my hands on it.

We have been covering the Beta for some time now, and with a release set sometime in 2013, we expect DUST 514 to be an amazing free-to-play title for all PS3 owners out there.

Where has this title gone? I’m not saying 2013 is the year it comes out, but we should be looking forward to this Open World Rockstar-developed title, a PS3 exclusive (from the current information, which is years old). Not much information is available, sadly, other than the fact it’s set in the Cold War era and takes players into “the world of counter-intelligence, espionage and political assassinations”.

A game built entirely on the use of teamwork, Warframe will have you play as ancient gun and sword weilding warrior known as the Tenno. This title, which is also in it’s beta, is already wowing us with it’s smooth frame-rates, immersive graphics, and high action gameplay.

That’s just just a small taste of 2013, as there are plenty of other titles not listed along with a bunch of unannounced ones, which we expect to see later this year.

So, the big question is, which title are you looking forward to the most?

MP1st’s Multiplayer Experience of 2012 – The Winners