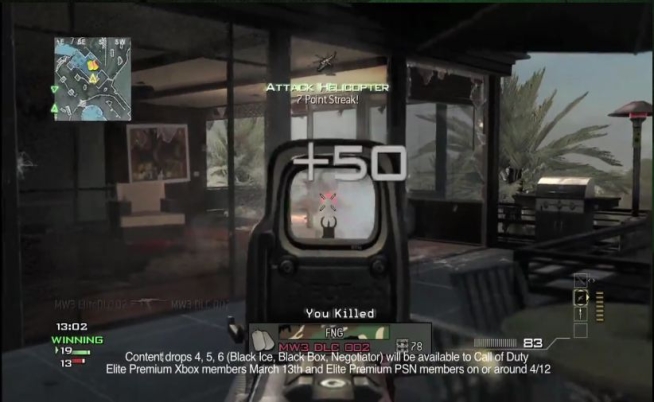 Update:  Activision’s Dan Amrich on his Twitter feed stated that the dates below are not confirmed.

Paid Elite subscribers on PS3 can expect the new map, Black Box, along with Special Ops missions, Black Ice and Negotiator on or around April 12th.

In the latest episode of Roll Call, while Jay Frechette, Call of Duty Digital’s Associate Manager, was announcing what this weeks’s release schedule looks like for Xbox 360, two on-screen captions appeared to address PS3 players; however, one caption was completely off base.

The first caption states (see above) that “Content drops 4, 5, 6 (Black Ice, Black Box, Negotiator) will be available to Call of Duty Elite Premium Xbox members March 13th and Elite Premium PS3 members on or around 4/12.”

The second caption, which you can see below, was regarding Collection 1 targeted for non-Elite members. It (mistakenly) explains that “Collection One Content will be available to Call of Duty Elite Premium Xbox members March 13th and Elite Premium PSN members March 20th.” However, it’s already confirmed that Collection One will be released for regular Xbox users on March 20th. PS3 and PC players should expect the collection about a month after 360 owners. 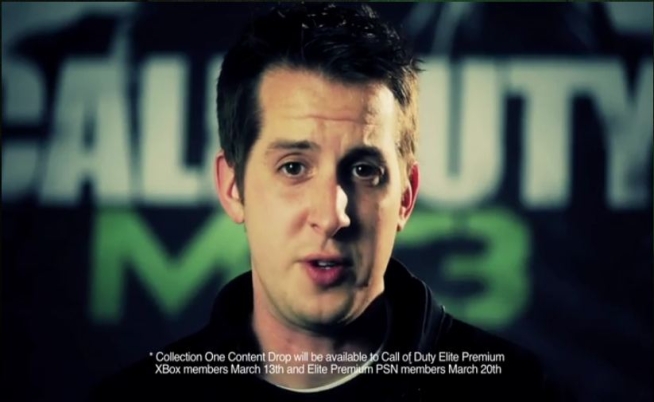