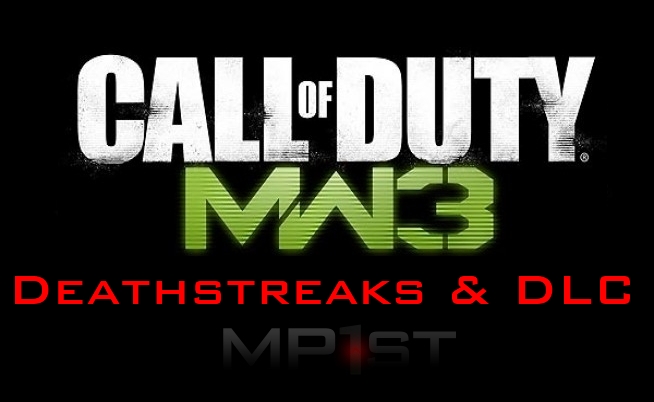 When it comes to the Modern Warfare series of the Call of Duty franchise, one of the biggest and most controversial issues lies with Infinity Ward’s (and now Sledghammer’s) decision to include deathstreaks in their games. Quickly, for those who don’t know, deathstreaks are in-game rewards, like faster sprint or more bullet damage for a short period of time, that a player receives for dying a certain number of times in a row. It was initially meant as a way to help out new players to the Call of Duty franchise or FPSs in general, but a large number of fans believe that is simply does not belong in a game like Modern Warfare 3.

When fans looked to Creative Strategist, Robert Bowling, saying that deathstreaks are a frustrating part of their CoD experience, he responded, “I agree but its a feature that is appreciated by an equally as large user base. One of those things.” While it may not seem like it, Bowling assures us that “many people reach out to express their appreciation for deathstreaks, helping them back into the fight.” Of course, Infinity Ward has listened to fan feedback in the past and removed infamous perks like Stopping Power and Last Stand, though they do appear in one form or another as deathstreaks in their latest title. When asked why the teams behind MW3 decided to remove Last Stand, yet keep Final Stand (the deathstreak version of the perk), Bowling simply responded, “Because Last Stand could happen every death, where Final Stand only happens after doing extremely poorly for a while in a row.”

Of course, it can be a monumental task to try to please everyone, especially when you “have 30 million people who play COD games online,” according to Bowling.

On a lighter note. Bowling also took some feedback for DLC ideas. One fan asked if they would ever consider releasing a free DLC that strictly included Modern Warfare 2 maps. Bowling answered, “Personally, I would love that! I miss my old favorites, but no DLC announcements yet. I’ll let you know when its final.” Click here to read about the rumored DLC.

Modern Warfare 3 – “Spawn Logic” Looked Into, “No Shotgun Buffs” and Much More