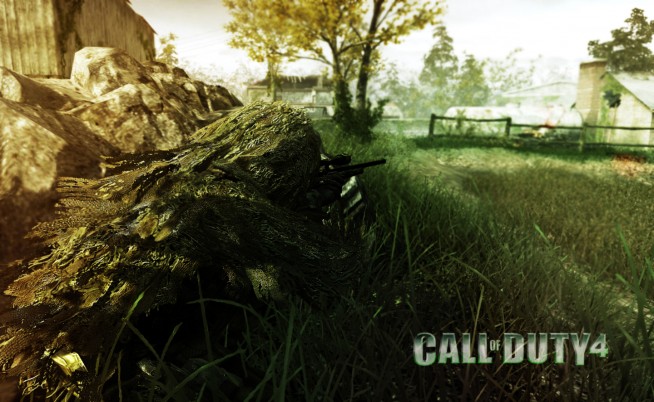 Infinity Ward Creative Strategist, Robert Bowling, comments on the design philosophy of the recently released content drop, Overwatch, and gives fans a glimpse into what direction the team is headed in when it comes to future MW3 DLC. It’s safe to say many will love what Bowling has to say on the subject of free content.

During a Machinima Respawn live stream, Bowling sat down with the crew and discussed what went into developing Overwatch, a brand new MW3 map currently available on the Xbox 360. Bowling reveals that “Overwatch was really meant to be something for everyone, you know – have those areas where you can do the ‘run-and-gun’ and have plenty of cover points throughout most of the map. But then, also still have those really long sight lines. Give [snipers] some good ‘overwatch’ areas.” Hence the name.

When it came time to talk about future DLC plans, obviously, Bowling couldn’t reveal too much. What he could reveal is the focus of the maps: “What you’ll notice is that there’s two things we’ve been focusing on with DLC, and a lot of it all boils down to variety and, like, maps like [Liberation, Piazza and Overwatch] are all about variety of gameplay. But then, moving forward, we’re also looking at variety of just location – just places that you’ve never seen before in Call of Duty that are just meant to be beautiful, awesome places to play in. Some of the content drops we have coming up that we haven’t announced yet are places like that.” He went on to mention that maps set in exotic locations (like Piazza, for example) tend to be the most fun to develop as well as the most fun to play on.

Speaking of the purposes of upcoming maps, Bowling revealed that “there’s some stuff we’re talking about that I think is going to be refreshing – different styles of maps that are not meant to be that “everybody” map. We’re looking at some map designs that have very specific purposes.” He specifically mentioned maps based on 2 vs 2 gameplay, harkening back to one of CoD4’s most beloved maps, Shipment.

Revealing his more passionate side, Bowling also detailed his philosophy on throwback maps and playlist updates, something that’s been hinted at before and that the community is definitely excited about. “If you’re going to do throwback maps – if you’re going to do classic maps, keep it outside the DLC model. For DLC, if you’re paying for stuff – if it’s included in your subscription, it should all be new content. If we’re going to do a throwback map, let that be outside the DLC model, let it be free, let it for everyone. Don’t let it be restricted by contracts, partnerships, and all that fucking money stuff. Let it just be there.”

If you remember, we reported earlier that CoD4 and MW2 map file names were found in Modern Warfare 3.

While this is no confirmation of a throwback map pack, it’s nice to know that if it ever were to come to fruition, at least Infinity Ward’s Creative Strategist is fighting for a price tag of $0.00. He added, “I feel like, right now, we’re in a fucking era where everyone’s so focused on subscriber numbers and all that stuff – that we need to get back to what I feel we did so much better in the old days – on just plain goodwill. Let’s focus on, you know, stuff that we can just give out to everyone. That’s what I love – when I can do, like, playlist updates, and I have free reign and I’m not restricted by release dates or when it has to come out or any of that stuff, and we can just do it and it’s fun. That’s the stuff I love and that’s the stuff I want more of.” It goes without saying that the community could definitely get behind that.

Let us know in the comments below – are you enjoying the new map, Overwatch? What style of maps and locations would you like to see in future DLC? Do you think we’ll see free throwback maps in the future?