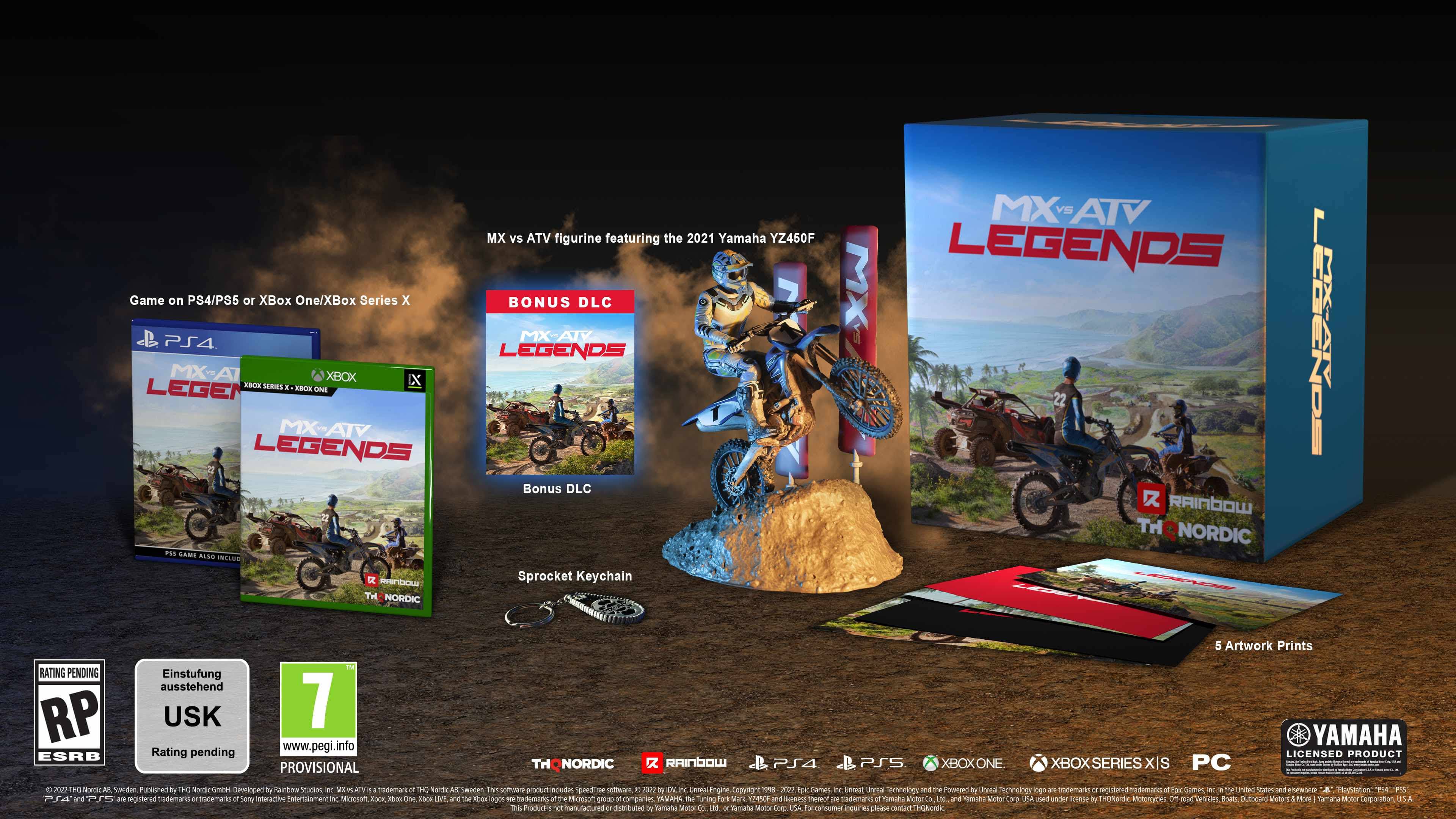 Developer Rainbow Studios has confirmed a new MX vs ATV Legends release date, with the offroad racing title set to arrive across platforms this June 28. In addition to the new launch date, THQ Nordic also revealed details on an upcoming Collector’s Edition for the game, accompanied with a new trailer. Check it out below.

Besides the release date and trailer, here’s what’s coming with the Collector’s Edition for MX vs ATV Legends, as well as its features:

MX vs ATV Legends is in development for PS5, PS4, Xbox Series X|S, Xbox One, as well as PC, and it will be released on June 28.