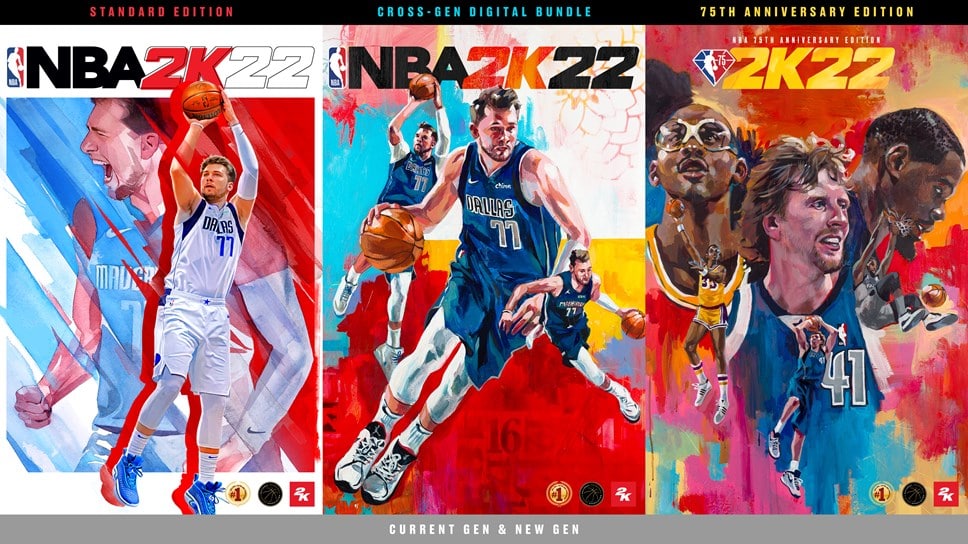 While the NBA Finals are well underway, 2K Games is looking ahead, and have today announced the NBA 2K22 cover athletes! Dallas Mavericks star Luka Doncic, Kevin Durant, and NBA legends Kareem Abdul-Jabbar and Dirk Nowitzki will be gracing the cover(s) of the basketball sim’s upcoming iteration when it releases this September 10, 2021!

Luka Doncic will be the latest NBA star to grace the cover of the NBA 2K franchise, and will be featured as the cover athlete for both the Standard Edition and the Cross-Gen Digital Bundle.

Players will be able to pick from three different editions of NBA 2K22 in digital and physical formats.

Once more details on what features and improvements are coming to NBA 2K22, we’ll let our readers know.