If you’re an old fart (I mean, really old), then you might remember that Atari was once the king of the video game hardware space. Before Nintendo ruled the roost, and before PlayStation became a household name, Atari was the one name synonymous with video games.

While the company original teased the existence of a new Atari console with the “Ataribox” last year, things have been quiet after the initial announcement. Well, it seems there’s a good reason for that since Atari has renamed the new console! It’s now called the “Atari VCS” and based on the image below, it looks to be included with a joystick controller that has the same design as the old Atari game consoles; there’s also the control pad that looks similar to an Xbox One game controller, or an Ouya one (remember those?!) if you want to be a bit more cheeky. 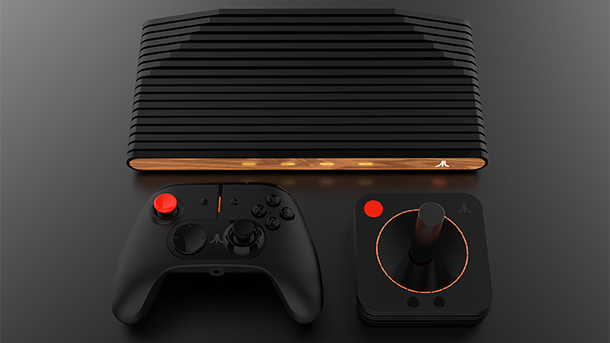 Here’s what Connected Devices COO Michael Artz had to say:

With the Atari VCS name, we know how important it is to get everything completely right and that’s why we briefly paused an imminent launch late last year. It was a difficult decision with the countdown underway, but we weren’t willing to go forward with even one thing out of alignment.

More details regarding the Atari VCS will be revealed later this week at the Game Developer’s Conference in San Francisco, with pre-order dates set to be announced sometime in April.

Do you have room for one more console in your life? What do you think of the design so far?

Report: Next Assassin’s Creed Game to Be Set in Greece