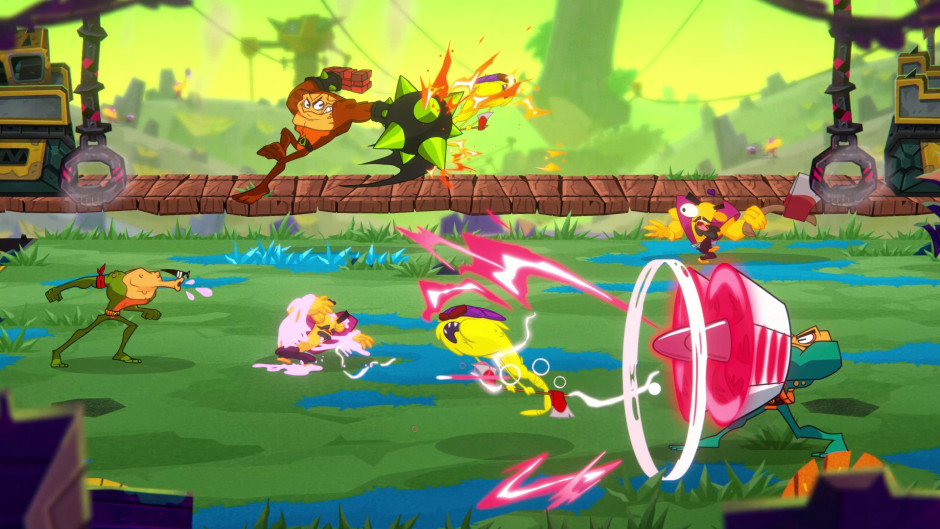 Remember Battletoads? The badass frogs with extreme attitude that was all the rage back then? They’re back! Microsoft has announced that a new Battletoads game is coming this August 20 and is being developed by Dlala Studios in conjunction with Rare!

Check out the info and trailer below.

Xbox Game Pass members can also pre-install the game on Console or PC starting today, so you’re ready to play on day one: search for Battletoads on your Xbox or the Xbox App for PC (beta), or download the Xbox Game Pass mobile app for Apple or Android and pre-install to your console or PC. Until you get a chance to play, be sure to check out our latest trailer for a glimpse of all the action that awaits!

As you can see, the ‘Toads are back in a new fantastic hand-animated style. For those who prefer their beat-’em-ups with a friend, the game does support couch co-op and will allow up to three players to drop in and out at will.

I have to admit, Rare’s new take on Battletoads look fun, and hopefully it brings the franchise’s renowned difficulty with it, though not too much.