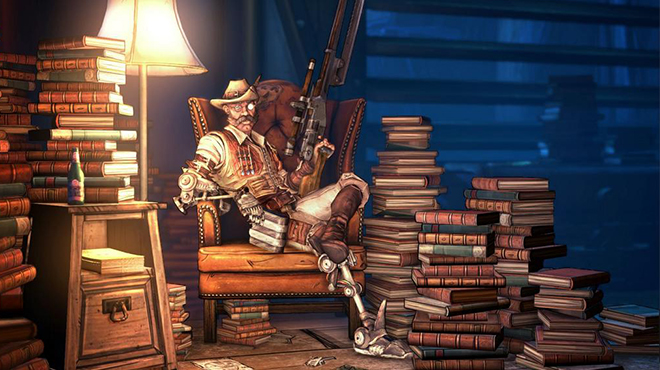 New Borderlands 2 DLC To Be Announced Soon, According To Gearbox President

As it was confirmed earlier by Gearbox’s president, more info on Borderlands 2’s next set of DLC will be arriving soon.

It looks like the people behind the shoot and loot RPGFPS are getting ready to unveil the latest Borderlands 2 add-on sooner then you’d expect. How soon, you ask?  Not later then this Saturday, according to a recent tweet from Randy Pitchford: 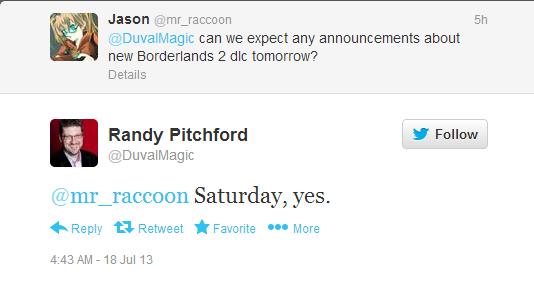 If the ending of Assault On Dragon Keep is any clue as to what we will be getting ourselves into, expect the six vault hunters to take a trip to the Hyperion moon base.

Additionally, those who own the Borderlands 2 season pass should not expect this upcoming DLC to be included within, since the four campaign add-ons that have been released so far were the only add-ons it was originally said to cover.

What would you like to see in the upcoming DLC?