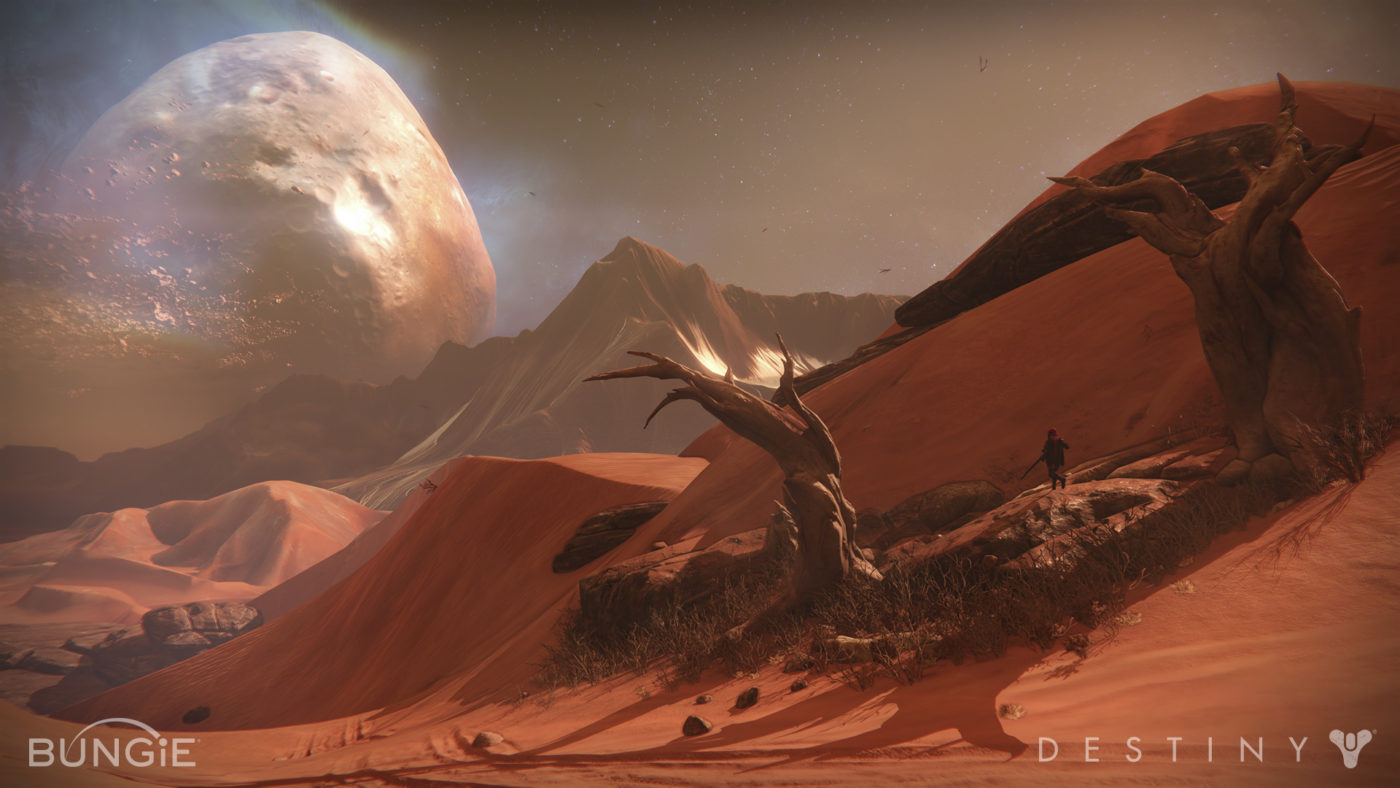 Fresh off the press from Bungie are new images of their upcoming shared-world shooter, Destiny.

The in-game screens give us a glimpse of the planets Mars and Venus, two locations you’ll be able to travel to in-game and that inhabit some form of enemy. Check them out below:

You may find a couple repeats of images we featured earlier, but here, you’ll get a better picture of some of the exotic new locations and enemies.

What other locations do you think would be pretty cool to visit in Destiny?

Destiny launches on September 9 for the PlayStation and Xbox platforms.