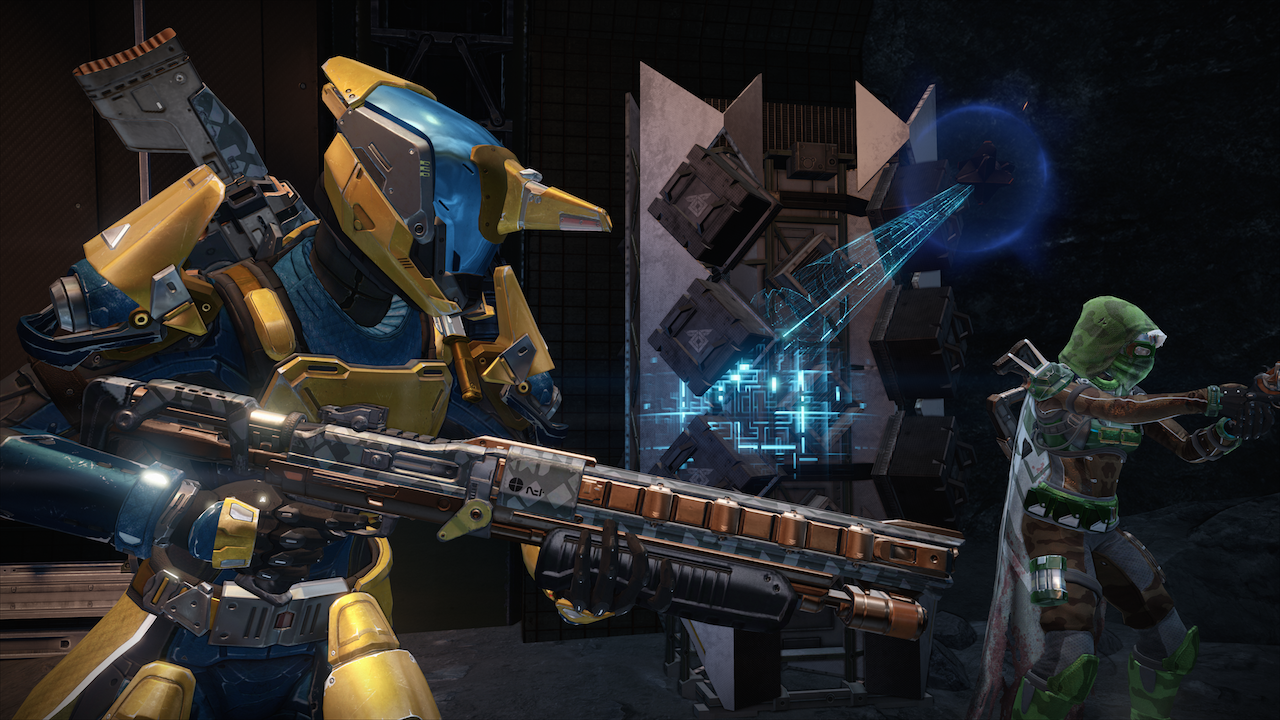 New Destiny updates are rolling in that will apply a lot of what developer Bungie has learned since the launch of their loot-driven shared-world shooter earlier this month.

Tracking player behavior meticulously since release, Bungie is now sharing a few of the discoveries they have made and what they’ll be doing to tweak the experience today and in the coming months.

For starters, here’s what’s new in Destiny’s Hotfix 5, rolling out on all platforms today:

Clearly, today’s update will have an impact on loot drops for both the coveted “Loot Cave” and Missions in general that many gamers may not appreciate. Those hoping to gain upgrade materials from The Queen’s Wrath Missions will likely also be disappointed.

But, it seems that Bungie has heard player complaints on loot overall and is making a few necessary changes that they detailed in their latest blog entry, which should, hopefully, make everyone a little happier.

“…shooting at a black hole for hours on end isn’t our dream for how Destiny is played,” wrote Bungie with regards to the “Loot Cave”. “Our hope is that social engagement in public spaces is only one part of the Destiny experience. Expect changes soon which decrease the efficiency of cave farming and correspondingly increase engram drops from completing activities.”

So, expect more engram drops from completing activities. But, what about the often frustrating decryption process of these engrams?

“…we didn’t adequately communicate the potential random outcomes of decryption,” Bungie admits. “Players see what looks like the familiar metaphor of item identification, while the Cryptarch thinks he’s opening a grab bag of loot. Rage sharding of blues ensues. Expect to see changes to address this soon.”

Bungie also hopes to make more challenging activities, like the Vault of Glass raid and Daily Heroic Missions, feel more rewarding upon completion. These are the issues the studio will be addressing:

New tweaks and updates are also in store for voice communication, Strikes, and weapon balance.

The studio admits that voice communication in matchmade instances would have been ideal from the start, but that “existing voice paradigms, including those in [their] own Halo games, have not done enough to protect players from abusive griefing from a minority of players” As a near-term solution, Bungie will let players opt-in to voice communications in matchmade events like Strikes and Crucible matches, a feature that will roll out sometime later this year.

Bungie also hopes to make Strikes a little more enjoyable to complete repeatedly on a daily basis. “Since launch we’ve tracked down an issue which has made Strikes more challenging than originally designed by both increasing damage taken by players and decreasing the damage inflicted by players on the boss,” the studio explained. “Expect to see this addressed soon, and for Strikes to become a little less grindy as a result (sorry, Raiders – incoming damage is working as intended in the Vault of Glass). ”

Weapon balance is also going to be put under the magnifying glass in upcoming patches.

In short, Auto Rifles will lose their effectiveness at long range as they were currently beating out Scout and Pulse Rifles in some circumstances. Scout rifles will also start hitting a little harder so that accurate players will feel more rewarded for their well-placed shots at long range. Lastly, the range on Shotguns will be reduced so they are no longer the go-to weapon for ranges they weren’t intended for.

If you want, you can read all of the details in Bungie’s words over on their official blog.

What do you think about the outlined changes that will be coming to Destiny in the coming days and months? Is Bungie listening to their community?

Battlefield: Bad Company 2 on Xbox 360 Offered For Free In October’s Games With Gold