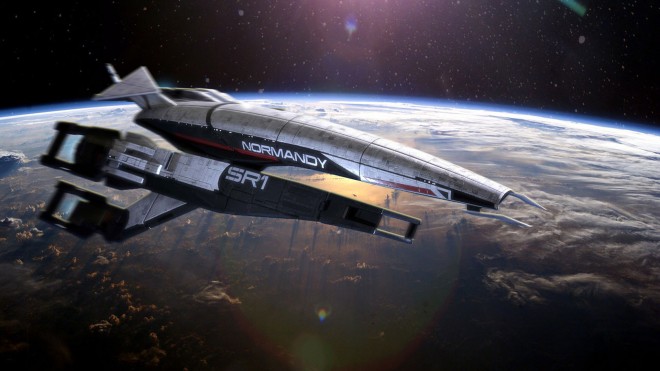 After the following Twitter statement: “In response to questions we’ve received, ME3 MP was very much a shared effort between Edmonton & Montreal,” we light-heartedly Tweeted at Roy, asking, “Is [the multiplayer] going to be just as awesome in the new ME?”

He responded, “I can assure you we are not trying to make it any less awesome!” 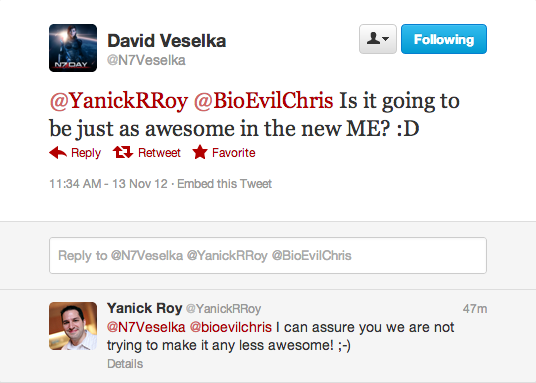 This could possibly be seen as confirmation of multiplayer returning to Mass Effect. Though no official announcement has been made, it is most certainly likely and expected, considering its success in Mass Effect 3.

If you haven’t heard the big news yet, BioWare has revealed that they are indeed working on development of the next Mass Effect installment.

Though details are extremely scarce at this time, BioWare Montreal studio director Yanick Roy has shed just some small information on the title.

In the recent blog post, Roy had this to say:

There is really not much I can tell you about the game right now, except that it will be built with the amazing technology of Frostbite as its foundation, enhanced by many of the systems that the Dragon Age III team has already spent a lot of time building.

The other thing I can tell you is that, while it will be very respectful of the heritage built over the course of the first three games, with the original trilogy now concluded and the switch over to a new engine, we are exploring new directions, both on the gameplay and story fronts. You can still expect the pillars the franchise is known for to be fully intact though, including diverse alien races, a huge galaxy to explore, and of course rich, cinematic storytelling.

The Frostbite 2 engine, originally developed by Digital Illusions CE, recently powered two of EA’s flagship shooter, Battlefield 3 and Medal of Honor: Warfighter. So far, every Mass Effect title in the trilogy have been developed with the Unreal Engine. This no doubt marks a good move.

For those unfamiliar with BioWare Montreal, they worked on some of the Cutscenes and post-DLC for Mass Effect 2, and took charge of the multiplayer portion for Mass Effect 3, which we’ve been covering very closely.

Having some solid multiplayer experience under their belt, this brings us to ask if multiplayer might become a bigger part of the next Mass Effect title.

How did you enjoy Mass Effect 3’s multiplayer? Would you ever like to see it become competitive instead of co-operative? Should the next Mass Effect title even have multiplayer? Let us know in the comments below.