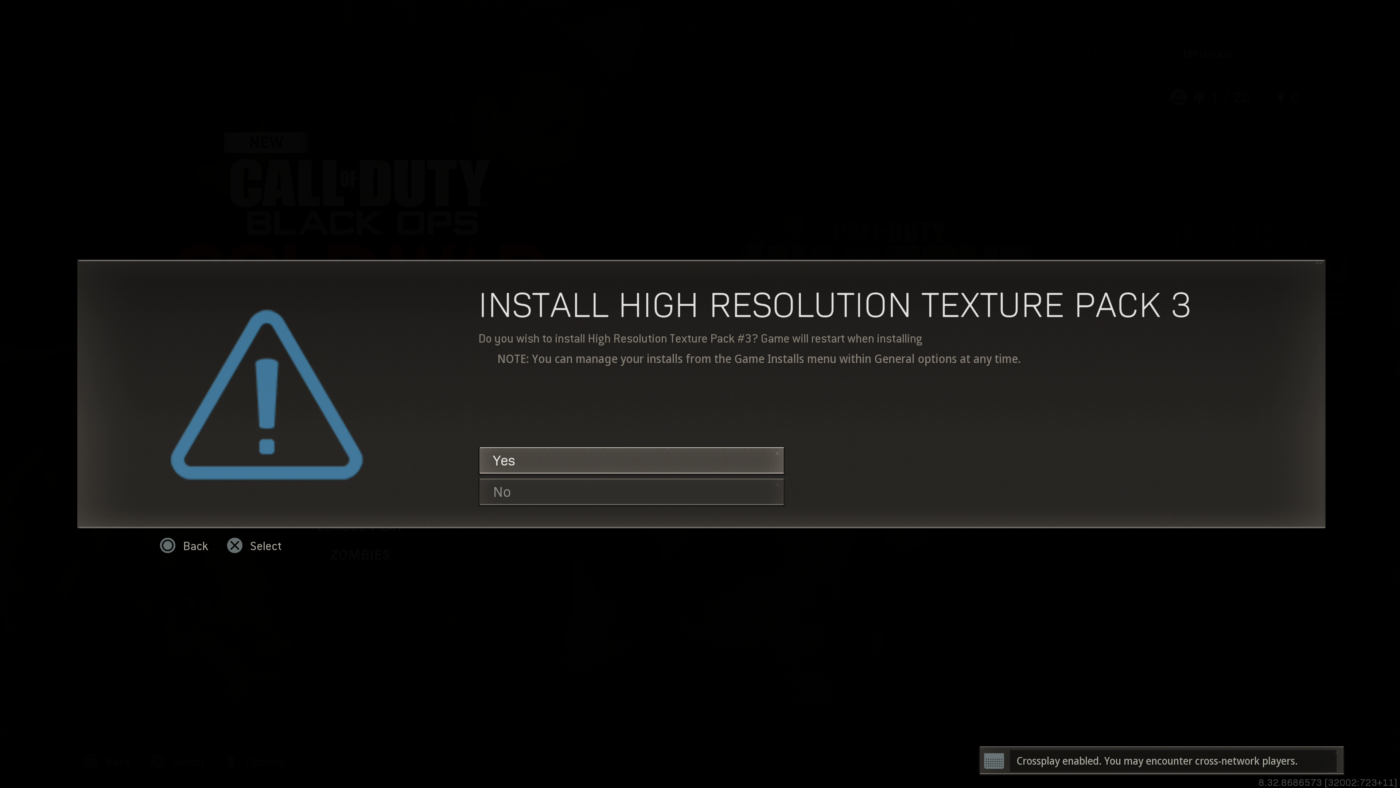 UPDATE: We’ve update the post to reflect that the texture pack is also available on Xbox One X. We checked it to be sure and added a screenshot below, along with the file size.

It’s (naturally) a free download available on each platform’s digital storefront, and on PlayStation platforms, it clocks in at 8.36GB and 7.9GB on Xbox. In the add-on’s description it states that “This pack supports the most detailed textures for weapons and Operators in Modern Warfare and Warzone.”

It’s also only recommended for PS4 Pro and PS5 players with “high-resolution displays.”

Here’s what gamers will see when they check it out on the PlayStation Store: 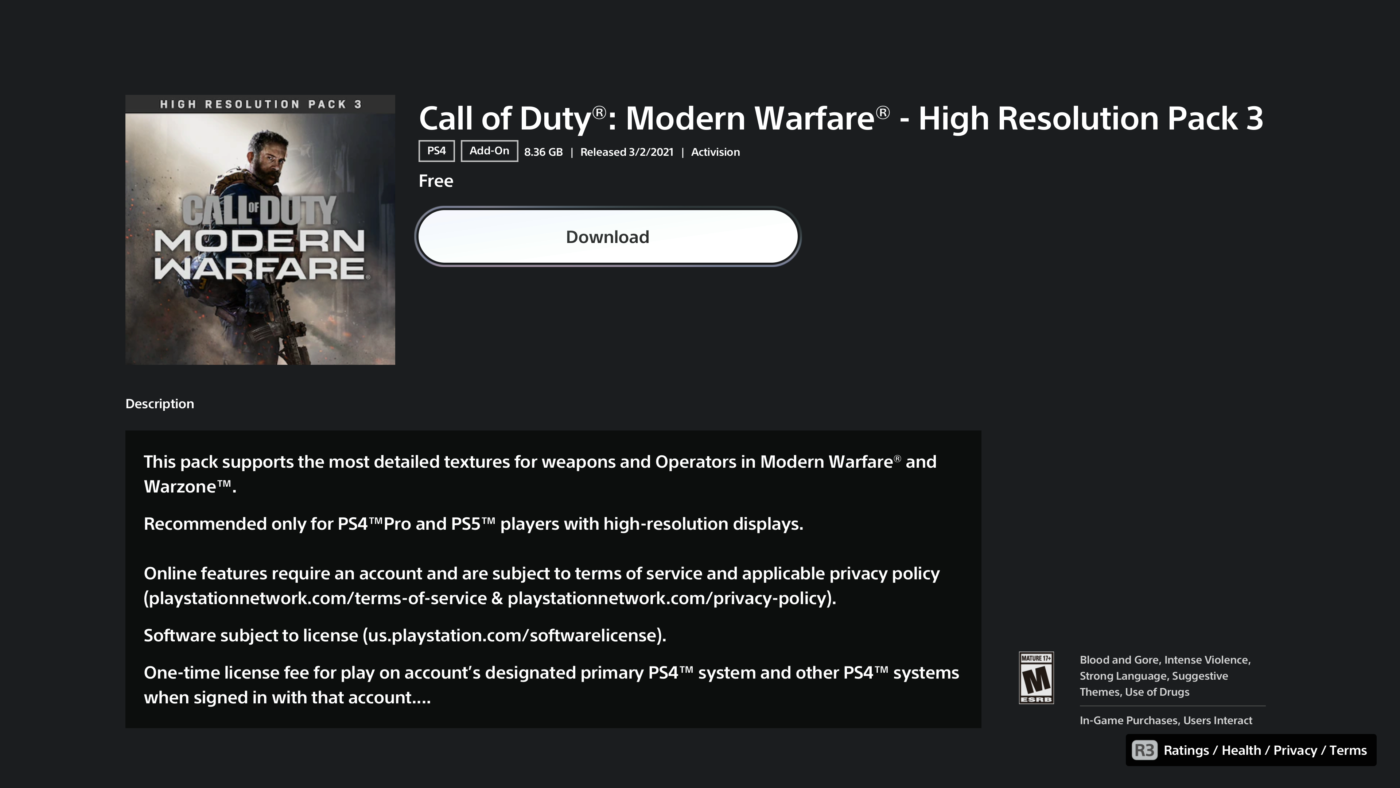 We’re assuming that Activision is referring to 4K when it mentions “high-resolution displays” in the description. Of course, this is assuming you have enough space left and aren’t using a base PS4 with just 500GB of disk space since Activision has cautioned that the OG PS4 might not be enough to handle Warzon’es disk space capacity (and it looks like it needs the PS4 Pro’s extra horsepower too).

Give this a whirl. Call of Duty: Warzone fans and let us know if it’s a major improvement or not.

We have just confirmed that it is also available on Xbox Series X and Xbox One X! Screenshot below: 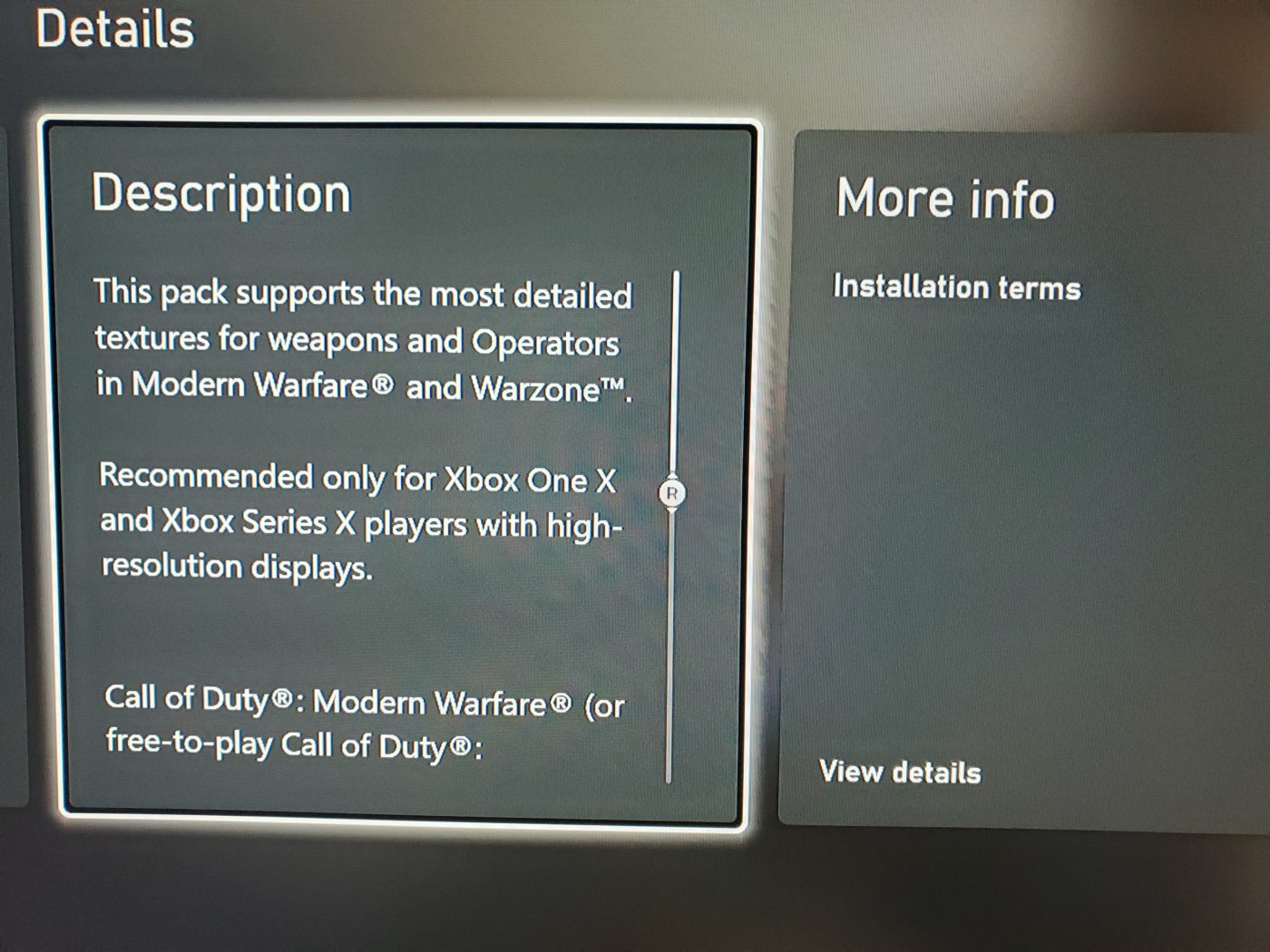