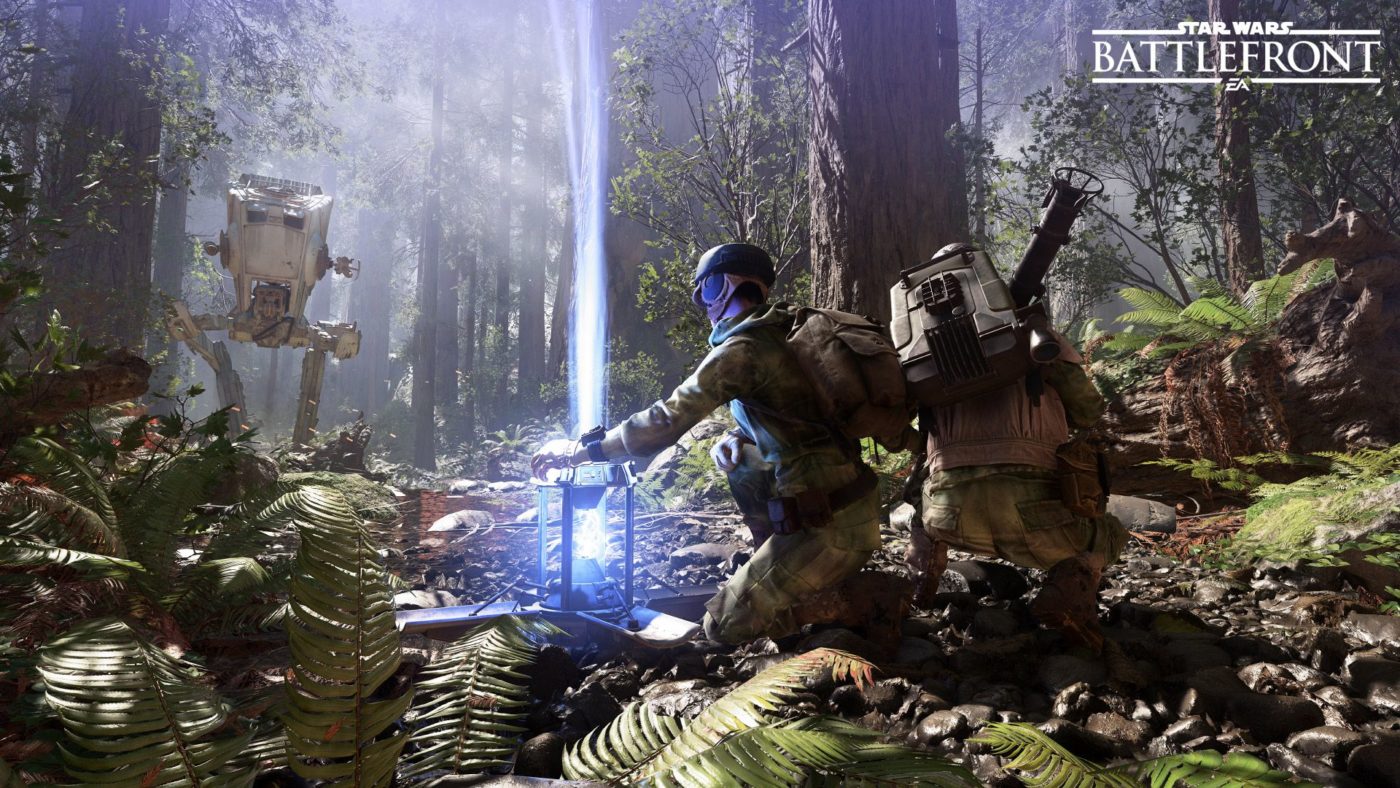 According to gameplay impressions from Battlefield YouTuber JackFrags who had a chance to see Star Wars Battlefront running on a PlayStation 4, players in first-person mode will be able to aim down the sights of their weapons. Weapon selection includes blasters, hand guns, and sniper rifles, as well as pick-up items like rocket launchers. It appears as though weapons had a “cooldown” effect instead of a traditional ammunition count. Gadgets were made up of missile launchers, jet packs, grenades, sniper blasters, and bubble shields.

According to BattlefrontUpdates, who also got to play the game early, the tree-top Ewok villages on Endor’s moon were traversable and could be used as sniper nests. Y-Wing bombers were called in by activating a certain objective which then flew over the map, destroying the enemy AT-AT.

The game’s user interface is simple with a circular mini-map in the bottom left-hand corner that highlights incoming fire in the same style as Destiny or Halo. It also appears to give away your position when firing or sprinting. Four weapon and pick-up slots also appeared in the UI, three for primary weapons and one for pick-ups. No 3D-spotting similar to Battlefield is present.

On PlayStation 4, the game ran at 60 frames per second. Battlefield YouTuber LevelCapGaming praised the visuals, mentioning that DICE has clearly outdone the quality of Battlefield 4, even with regards to audio design.

Darth Vader appeared at the end of the gameplay demo as an enemy to the Rebel Alliance with powers like Force Choke and the ability to deflect blaster fire with his lightsaber. He, and other iconic characters like him, will be playable in the game via map ability unlocks. (Thanks, Victor!)

Keep your sights on MP1st for more details on Star Wars Battlefront.