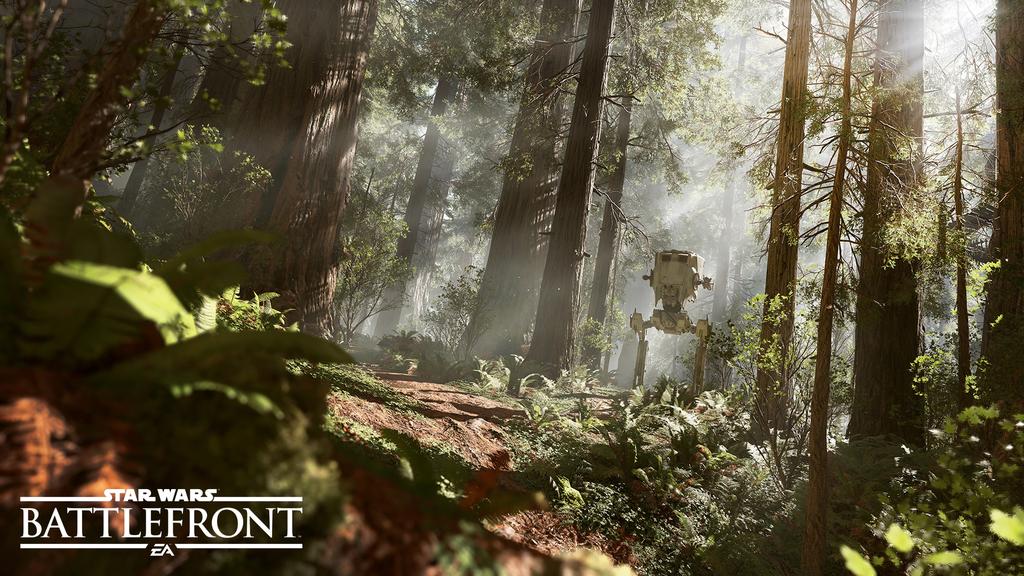 As Star Wars fans wait patiently for their next serving of Battlefront announcements, a few new details about DICE’s upcoming shooter have trickled out here and there.

First off, we learned that Battlefront’s Missions, which can be tackled solo or co-operatively, will send gamers off on adventures that take place on the same planets and environments that will act as the backdrops of the game’s multiplayer battles. Earlier this week, we learned Battlefront would ship with 12 multiplayer maps in total, presumably with three maps in each of the game’s four distinct locations: Tatooine, Hoth, Endor’s moon, and Sullust.

However, Everett promises a mix of locations that cater to specific Missions.

“Missions will take place within the same planetary offerings as the Multiplayer maps,” he said. “But will include a mix of locations that cater to the specific Missions.”

On Twitter, Gameplay Director Gustav Halling added that “There will be a variety of missions which includes a lot of bot target practice and others with bots and objectives.”

Gamers will enjoy a large selection of player customization as well, though DICE hopes to keep the look and feel of Battlefront as authentic as possible, meaning you won’t be able to paint your Stormtrooper purple, nor will you ever catch Darth Vader wearing an orange enviro-suit.

“Yes, you will be able to customize your characters in a number of ways, from selecting various character models and loadouts to choose your emotes that best suit your playing style,” Everett explained. “We’re going for an authentic, immersive Star Wars experience that makes you feel like you’re a part of this galaxy.

“That said, we won’t be letting players create purple Stormtroopers or change Darth Vader’s suit to orange. The team wants to maintain a level of immersion that they are striving to create.

“We will be jumping into further detail around customization in the near future.”

In another thread, Everett confirmed that Battlefront’s Hero system, which will allow you to play as your favorite iconic Star Wars characters like Boba Fett, will be a staple feature across multiple game modes.

“I think everyone is going to like how the hero system works across multiple game modes and types,” he said. “Stay tuned for the full details.”

Star Wars Battlefront’s official Twitter account was able to confirm that while the game will run at 60 frames per second, co-op will drop to 30, likely for performance reasons.

“Star Wars Battlefront will run at 60fps, except during split-screen co-op when it runs at 30fps,” the studio commented.

We saw our first glimpse of Battlefront’s co-op screen last month, which you can check out here if you missed it.

Lastly, DICE shared this new image of Battlefront’s AT-ST, which was also confirmed to be playable just a few days ago, marching through the forests of Endor’s moon, . 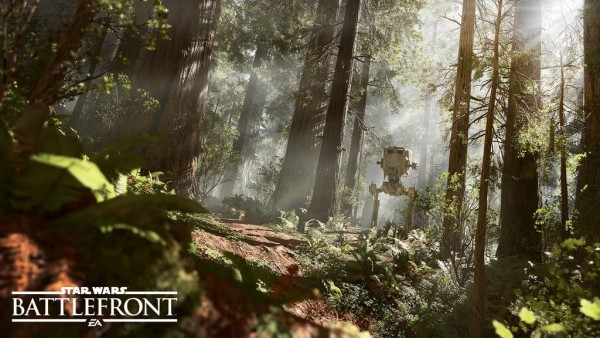