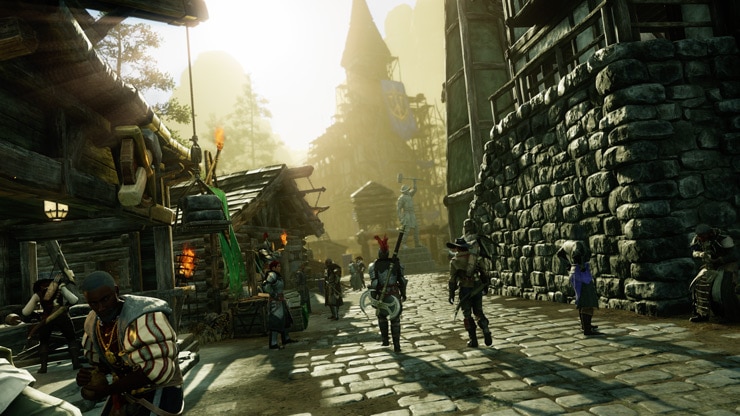 Amazon Games Orange County have officially released New World update 1.0.3, and this is an important one for many players as it adds the Server Transfer feature as well as some very important general stability and bug fixes. Check out the complete patch notes below.

While we want everyone to find their long-term home in Aeternum as soon as possible, we also want to ensure that the process is safe and ready for everyone to use. We’ve been hard at work on the feature and testing it for the past two weeks, but because this feature is brand new we have decided to take a safe, incremental approach to rolling out transfers to all players.

When all worlds are back online from downtime, our plan is to monitor the framework we created without turning transfers on immediately. Once we have confirmed that the framework holds up at scale, we will turn on character server transfers in the Utopia world first, in the AP Southeast region. We will closely monitor transfers in this world, and if anything out of the ordinary occurs our team will need to make manual interventions. If all goes well, we will turn it on for the rest of the AP Southeast region, and continue monitoring. If after 8 hours our team hasn’t discovered any issues, we will fully deploy character server transfers to the other regions.

Thank you to our AP Southeast players for helping us ensure this feature is ready for the worldwide rollout, and thank you to everyone for your understanding and patience. Please stay tuned to @playnewworld and our forums for the latest updates!

The fixes listed below are tentative fixes and mitigations. Our goal is to get these changes out and see if issues persist, so we can continue to work on them and address in a future update if necessary.