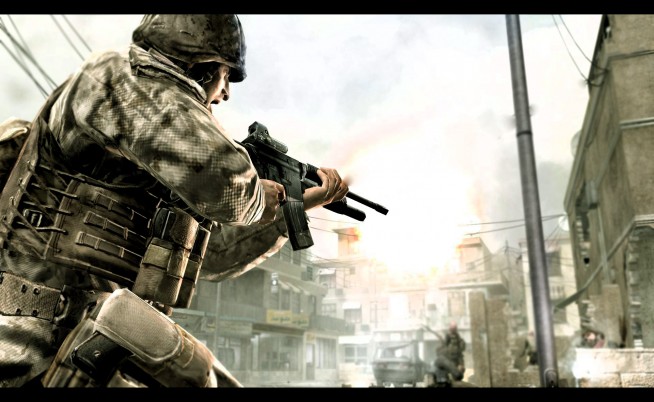 Infinity Ward Creative Strategist, Robert Bowling, comments on the state of Call of Duty 4: Modern Warfare and answers burning questions about the future of Modern Warfare 3.

Many “CoD heads” to this day still proclaim Call of Duty 4: Modern Warfare the peak of the Modern Warfare — or even the entire Call of Duty franchise — and still play it lovingly. The community is definitely alive among PC players (check out this awesome Fragmovie using Promod Live), but the same cannot be said for their console brethren. If you’ve revisited the original Modern Warfare on either the PS3 or Xbox 360, chances are you’ve come across more than a fair share of hacked lobbies. The big question many fans have right now is why are these hackers not being addressed? “Priorities are given to newest games with higher player counts.” Stated Bowling. He added, “doesn’t mean we won’t but only have so much resources and time.” So while there is still a chance of something being done about this loathsome plague of online gaming, gamers will have to wait until Modern Warfare 3 nears perfection.

Speaking of Modern Warfare 3, Bowling recently answered some burning questions regarding its future.

“Can we get an aim assist enable/diable feature added? There is an option for it in survival but not multiplayer,” asked one fan. Bowling explains, “It’s been discussed but we aren’t fans of it in MP because it leads to players having different experiences.” If you’ve been wondering why a limit is placed on the number of available playlists in MW3, Bowling explains that “there is a philosophic reason and technical. 1st – too many playlists hurts matchmaking. Also limit from code standpoint.” Read more about community playlist details here. Many fans have also been pleading for older Modern Warfare maps to make their way into the upcoming MW3 DLC. Bowling explains, “I can’t commit to that. Right now I can only commit to what we’ve announced which is Piazza, Liberation, and Overwatch.”

It looks like PC players awaiting the new playlist, Infected, won’t have to wait much longer, according to Bowling. It will be ready “as soon as we can get the patch out that includes [Infected].” He added, “I was told it’d be a week, that was 1 week ago. So, soon?”

Let us know in the comments below: Are you still playing Call of Duty 4: Modern Warfare?