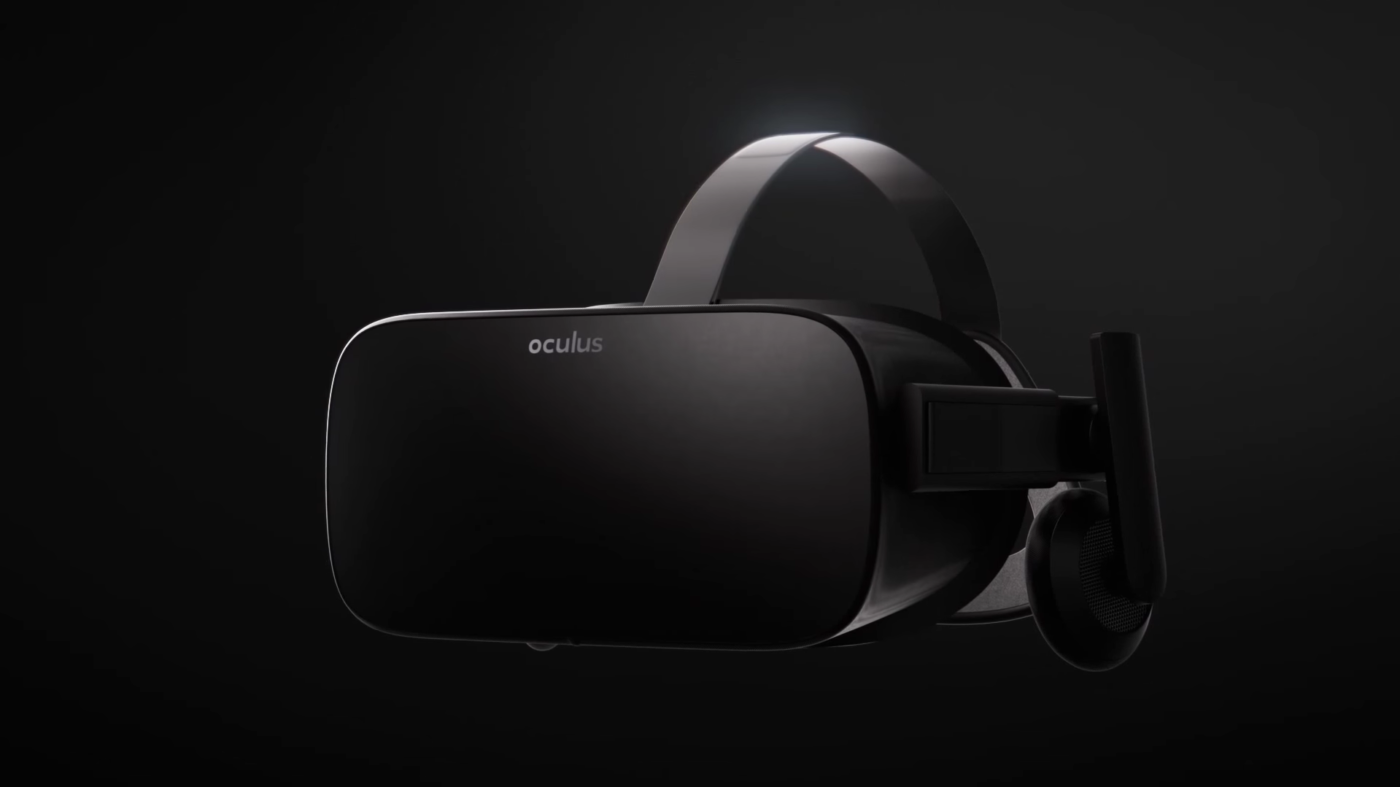 The Oculus Rift is easily the most well-known piece of hardware that will let gamers experience Virtual Reality for the first time. Today, during Oculus VR’s pre-E3 2015 showcase, we got a glimpse into the final rendition of the consumer version of the device, what it will look like, and what it includes. We’ve put all the details into one article for you to get caught up on what’s coming in Q1 of 2016.

Step Into The Rift

The Rift right out of the box comes with a wireless Xbox One controller and an adapter so that you can use it on your PC. It features two custom OLED displays that sport a wide field of view to reinforce immersion and prevent motion sickness and it includes a constellation tracking system for low latency head movement. It even allows users to wear their glasses and adjust the lens distance for your eyes to make it even more comfortable.

It’s lightweight and simple to put on (no really, it’s like putting a hat on) and the most unexpected feature to be revealed about it is that it comes with unique detachable headphones. These headphones aren’t like your everyday portable ones. They are specifically built for audio immersion, offering 360 degree sound and audio queues when playing games. But if you’re not big on using the Rift’s vanilla set of headphones, you can literally detach them and use your own.

What surprised most after the announcement of the Oculus Rift, including an Xbox One controller, is that Microsoft and Oculus Rift are partnering with each other to bring you the “best experience” when using a VR headset. This means that it works natively with Windows 10 from the start and even allows users to take advantage of Xbox’s game streaming service.

Now, to be fair, the demo we saw of the game streaming service was…a letdown to say the least. Instead of including new features into established games that allow users to actually take advantage of the constellation tracking for head movement, it puts players into a virtual living room with a TV. From there, gamers can sit on their virtual couch and play Xbox games (like the normally do, but IRL). 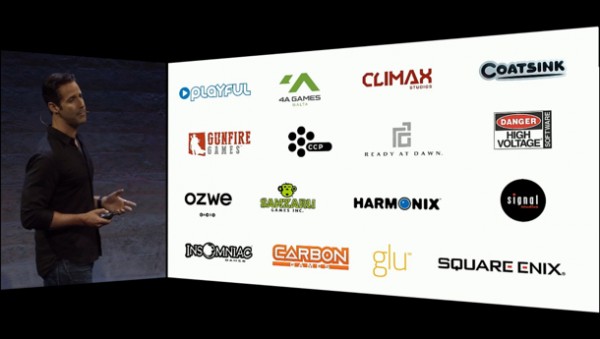 And while many believe that the Oculus Rift will fail right out of the gate, the team stated that they were working with thousands of developers, both established and indie, to bring gamers a new genre that included a myriad of games that support the Rift. Those developers include Harmonix, Insomniac Games, Square Enix and CCP, but the list goes on and on (see above picture). It was also announced that the Oculus Rift will include compatibilty for the Unity and Unreal 4 engines to allow developers to easily create or add support for VR for their games. 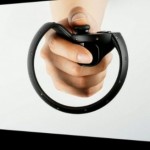 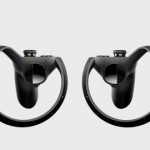 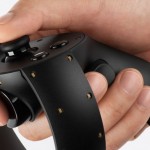 But what about the one thing that people will most naturally do when they put on the headset, the reaching out to touch something in the virtual world? To accommodate for this natural need, founder Palmer Luckey walked on stage to announce Oculus Rift’s own gamepad, Oculus Touch. The controllers include one analog stick, two buttons, and a trigger on each handheld and allows for haptic feedback when picking up certain objects and using them, such as a pistol and its recoil.

Just like the headset, the Touch also uses constellation tracking for low latency movement so that it feels and looks like your hands are in the game. This also means that you can use gestures such as thumbs up or pointing to allow for body communication. However, Oculus Touch will not be included in the vanilla box, and will be launched shortly after the headset is released.

Are you excited for Virtual Reality, or are you not really that into it? Let us know in the comment section below!