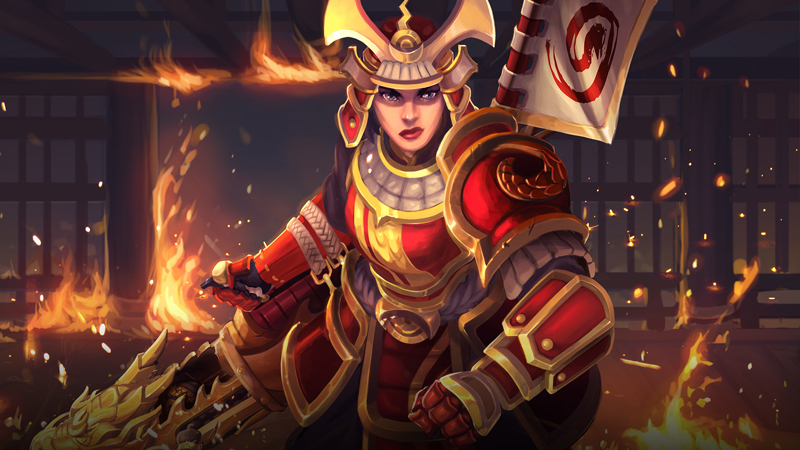 With the PC version of Paladins receiving the OB 56 patch last week, which introduced new skins such as Ash’s Ronin skin and more importantly implemented the new Ranked 2.0 system to the game.

The Paladins OB 56 title update should be out for both console versions around 7 a.m. ET.

Paladins Competitive has been built up from the BETA ranked test system into a tiered system in which players clash to climb the ranks from Bronze to Grandmaster and earn Ranked-exclusive rewards.

Bronze through Diamond each have 5 Divisions within their Tiers. Playing Competitive now earns you Triumph Points (TP). Earning enough TP will promote you from your current division. Master is the highest division that can be reached this way and from there, the 100 players with the most TP are placed into the Grandmaster Division.

Before playing Ranked games a player must be level 15 and own at least 12 characters. There are no mastery level requirements for those characters.

Qualifying players may duo-queue with each other or players in Bronze, Silver, Gold, or Platinum to other enter their Qualifiers.

Winning Competitive games now earns you TP. If you reach 100 TP you are promoted to a higher division and your TP is set back to 0. Excess points carry over into your new division. Exceptional performance may allow you to skip forward a few divisions when promoted.

To give players more of a incentive to play Ranked, Hi-Rez is also rewarding players with in-game items such as skins, titles, exclusive weapons and more:

Aside from the inclusion of the new Ranked 2.0 system to Paladins, the OB 56 patch is set to also include some new skins to the game which include some Samurai-eqsue skins and more Mastery skins:

In addition to new skin sets being made available, a new loot chest will also be introduced to the game which will include bone themed weapons for Lex, Seris and Zhin.

For those playing Paladins on the PlayStation 4 and Xbox One platforms, are you looking forward to the new changes in ranked?