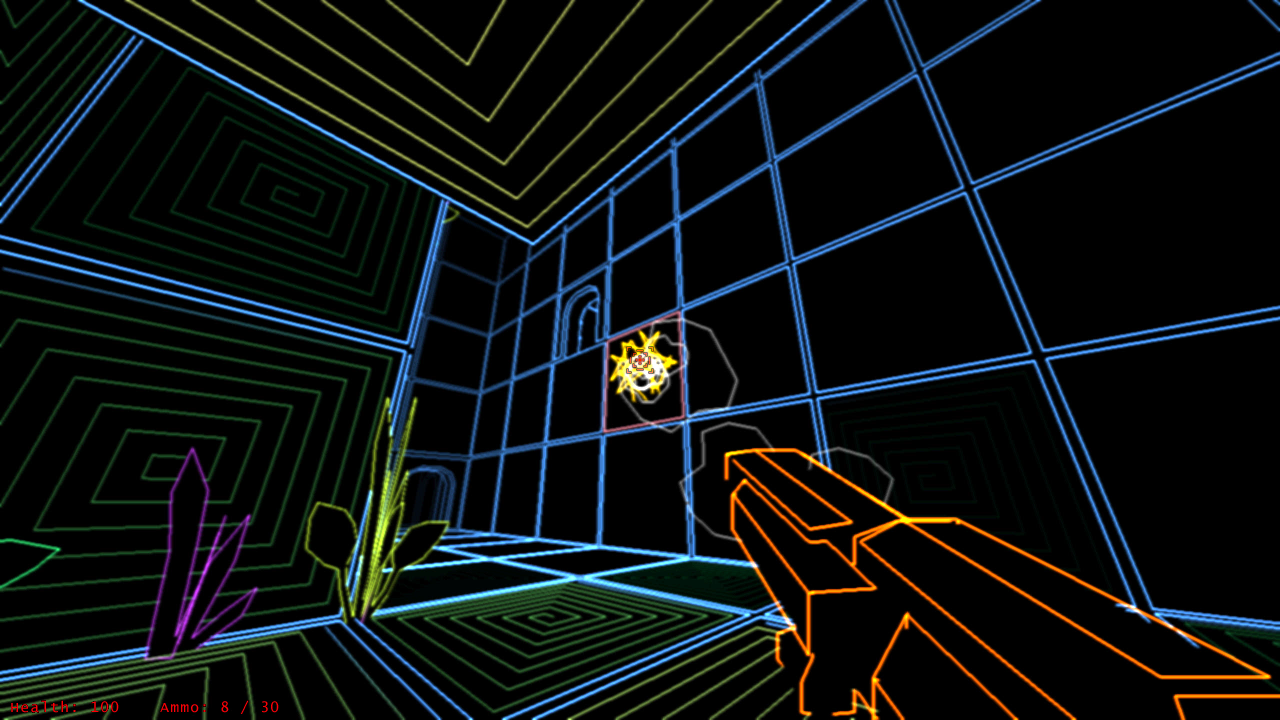 Paradox Vector Interview – The Brain Behind the Game Mike Schmidt

We go one on one with solo developer Mike Schmidt of Schmidt Workshops to talk about his latest title, Paradox Vector, the ’90s inspired shooter made with gorgeous vector visuals.

MP1st: For our readers who don’t know who you are, can we get a brief rundown?

I’m Mike Schmidt and I am a solo game developer working outside of the Chicago area.  I’ve been developing games for about 20 years, but my first commercial release was in 2016.  I had two games that were allowed onto Steam when Greenlight was still a thing, and two more since then, Paradox Vector being my fourth commercial release.

MP1st: What prompted the development of Paradox Vector? Where did the inspiration come from?

Several different things converged to bring me the idea of Paradox Vector.  The spark that began it in terms of actual development was making a vector line-based mapping system in my other game Star Explorers.  Once I made this display work for simple cubes in that game, I realized I could make a whole game based on simple 3D lines.  It reminded me of those old arcade games we played as kids and so the nostalgia for games like Battlezone, Tailgunner and the original Star Wars games inspired me to do a modern take on that style.  The gameplay is pretty much a straightforward retro FPS game like Quake, but I also wanted something a little bit more thought provoking than shooting, so I incorporated the impossible geometry idea as the last major aspect of the game. 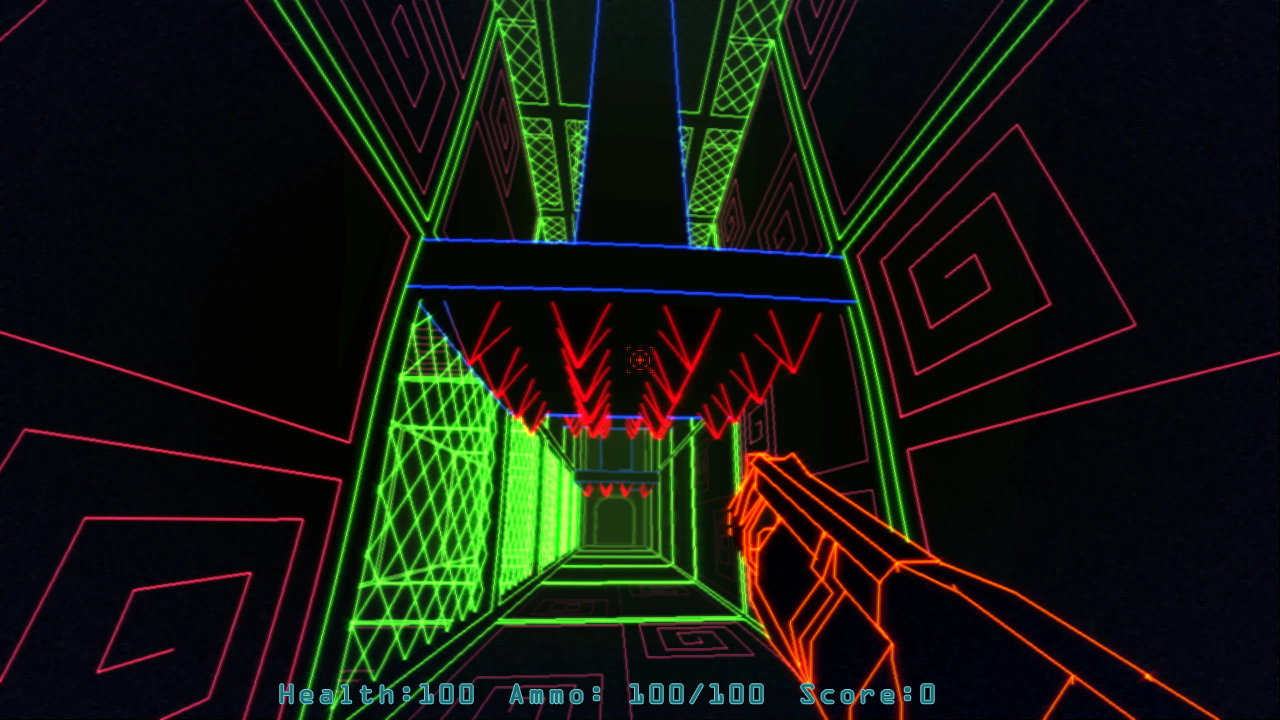 MP1st: While the visuals are certainly enough of a pull to bring players in, one of the more creative aspects of Vector are the puzzles and how levels are designed around them. You could walk down a hallway on the first floor only to find yourself on the second at the end of it. What was the development process like creating moments like that?

Designing impossible geometry-based levels was one of the bigger challenges I set for myself.  I was not entirely sure I could pull it off.  But once the basic logic of producing that illusion was settled, it was actually pretty fun to come up with some of the different ideas in each level.  I tried to keep them as unique as possible, but they are all based on the same fundamental design principles.

MP1st: I’m loving the Tron and other 80’s vector video game look. Was this always the art direction you wanted to go with? At one point did this look like a different kind of game?

No, this was always the idea for Paradox Vector.  My initial prototype was made up of very simple cubes and rectangles, but it was always using the same 3D line draw commands used to draw against a black background.

MP1st: There’s definitely some Doom in Paradox Vector with the gunplay and enemies. Why was it decided to have first-person shooter elements rather than being a full puzzle solving game?

I have seen my share of puzzle based impossible geometry games.  Monument Valley was a big influence, and I loved that calm approach to game design.  Antichamber was also something I had encountered, though I had not yet played it when I started working on Paradox Vector.  As much as I love those games and the way they present their unique visuals, I also love the first-person shooter, along with the challenges it presents.  Games that do not have direct conflict tend to be slower paced, and that is harder for me to get in to as a player. Ultimately, as a solo developer, I want to develop the games that I want to play, so having some kind of fighting was necessary.

With that said, I would also add that I much prefer the kind of shooter where there is a clear protagonist and the enemies pose a direct threat to the safety and sanity of the universe.  I can see the benefit of having more morally ambiguous themes in some games, but I think it’s very difficult to handle, especially for a small developer like me.  This is why my enemies tend to be non-human monsters. 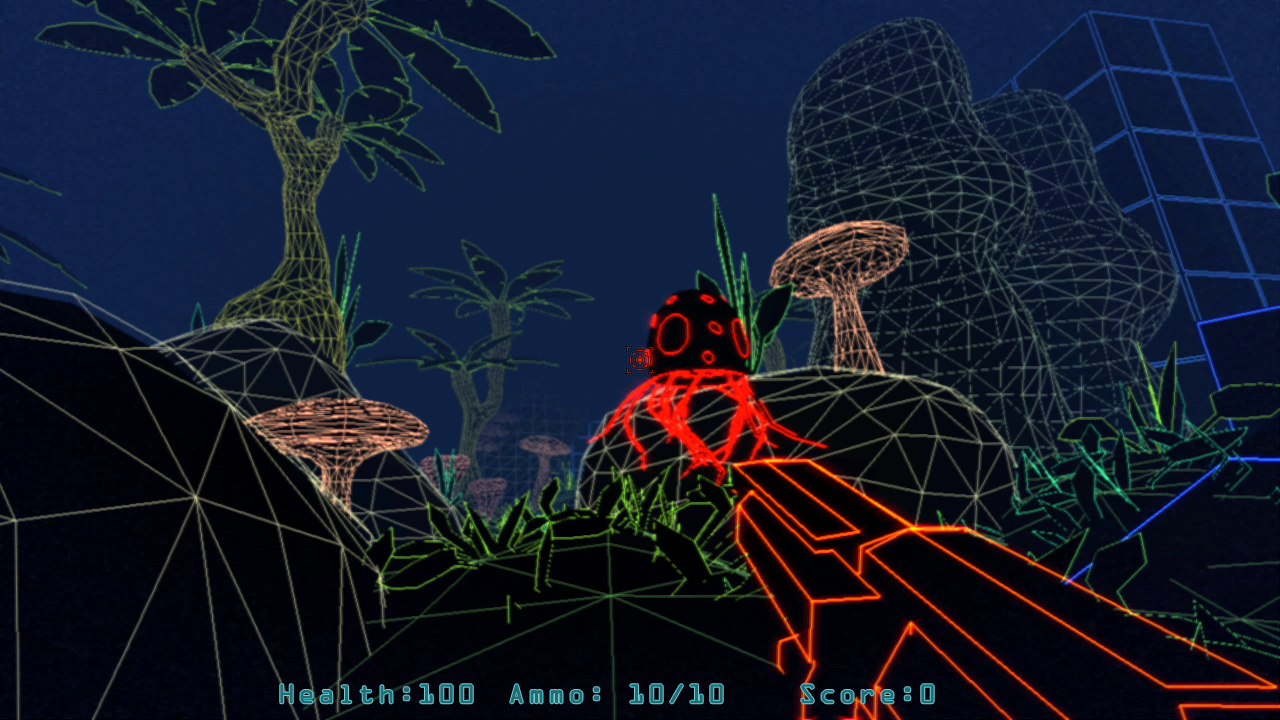 MP1st: How has the Steam early access benefit you in development? Is much of the community feedback being put to good use?
Yes, Early Access is incredibly valuable to a solo developer like me.  Having access to a potentially large audience and getting crucial feedback from actual players early in development have helped shape the way this game has been developed.  I do believe it is a great tool for developers, but I would also warn that it is no guarantee of success.  I made a commitment to finish the game with or without any financial success provided by Early Access, as this has been harder to achieve recently.

MP1st: What can players expect out of the final release? Any big surprises?
What I have said is that the game is basically in its finished state in terms of levels and challenges.  I’ve been focused on improving the look and feel and optimizing things to run smooth.  I think the people who bought the Early Access game in the beginning will be surprised and will enjoy how it has come along.  Compared with the initial release it is about twice as long, has a wider variety of enemies, puzzles and greatly improved gameplay and stability.  It also has more exciting visuals in terms of environment art.

MP1st: I feel this is a title that may do really well on consoles, or at least the Nintendo Switch. Do we have any plans to release on any other platforms?

This is something I would really love to do, but as a solo developer without strong financial backing it is something I have decided to put off until that kind of thing becomes more feasible.  Having a hit on PC would certainly provide the additional time and resources to pursue other avenues for my games.  Finding a publisher would also be great, as some of those things could be outsourced to them.  Right now, I am focused on making one good game, and hopefully it will be well received enough to merit one or more of these.

MP1st: I know it’s a single-player game, but are there any plans to have multiplayer?

First person shooters like Quake and S.T.A.L.K.E.R., old school RPGs like Might and Magic and Bards Tale, along with games like Zelda and Metroid are my main points of reference as a gamer.  I have played multiplayer games, but have never been particularly competitive, so I don’t have a strong desire to make multiplayer games.

I would give basically the same answer as to the previous question.  I have never tackled a multiplayer game on my own, and I would not want to put anyone through the pain of me trying that.  But, if I had a publisher or some kind of experienced team to work with, I would love to give a multiplayer version a try.  Part of solo development is knowing and respecting your limits. 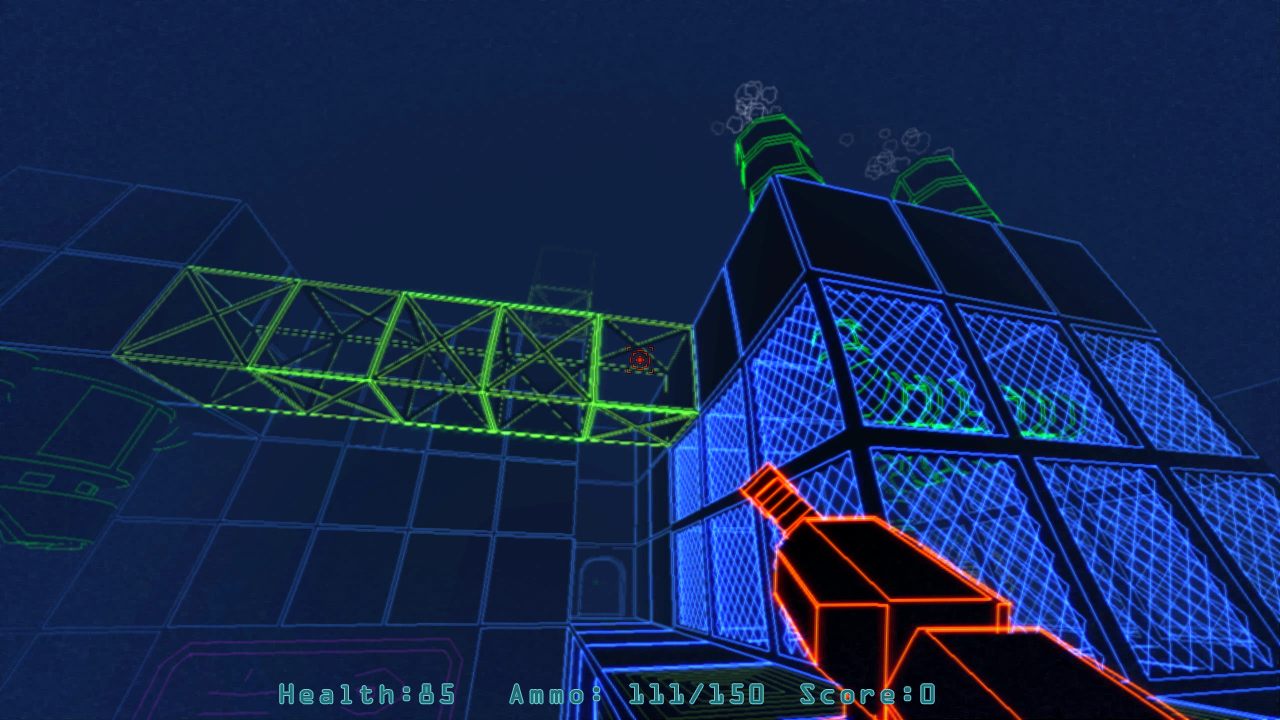 MP1st:  What was your favorite moment during the game’s development?

The beginning is always the most fun in terms of immediate gratification.  Getting ideas and seeing them come to life on the screen is an amazing experience, and a major part of why I am a game developer.  Having released games before and knowing some of the drudgery involved in taking an idea to completion is something that has helped me set my expectations better with this title.  So, I’ve found there is another kind of enjoyment when you have actually planned your game out realistically (or more so than previous games).  Originally, I was planning to spend six months on Paradox Vector.  But at around the three-month point, I saw that there was a level of interest in the game that I had never encountered before, so I decided to expand on the game a lot.  But at that point I knew enough to have a good idea of how long it would take, and I have been able to develop the game in the expected time frame.  That also makes me happy, since it might indicate that I may have some semblance of an idea as to what I’m doing as a game developer, if that makes sense.

This concludes out interview with Paradox Vector’s developer Mike Schmidt. Special thanks to Mike and the PR team for taking their time to give us this opportunity. Paradox Vector is now available on Steam early access, so please be sure to check it out it will not disappoint!