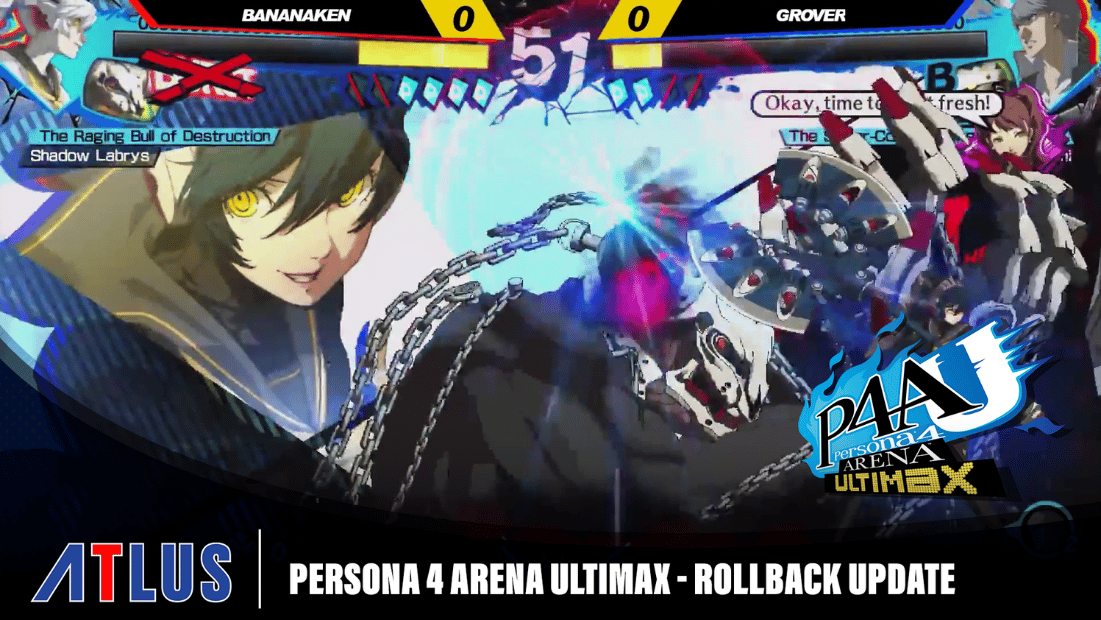 What is Rollback Netcode?
Rollback netcode is a feature that helps to make online matches as smooth as possible, regardless of the other player’s connection.

The stakes are Ultimate, the tension is Maximum, the fight is…the ULTIMAX! Experience the latest entry into the beloved Persona 4 series with a thrilling fighting twist. Join the heroes as they combat an army of Shadows in the P-1 CLIMAX!

If there are other changes in this patch that’s not mentioned above, we’ll be sure to update the post.