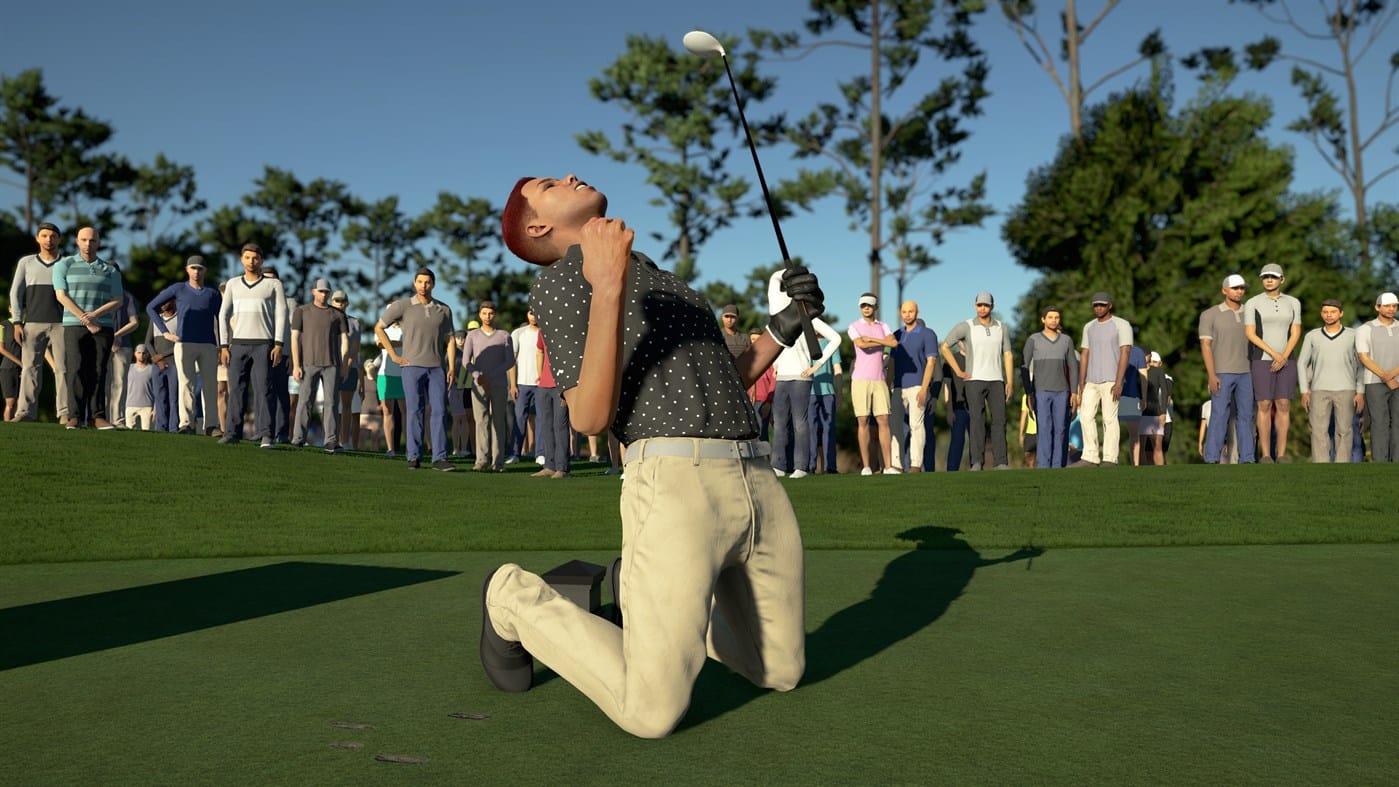 HB Studios has mysteriously rolled out a new patch for PGA Tour 2K21! The PGA Tour 2K21 update 1.10 March 16 patch has putted out unannounced, and it doesn’t seem like there’s any front-facing changes.

Update #2 (3/17/21): 2K has released the official details regarding Pivot Derby, which we’ve included below.

Up to 20 players compete in a frenetic race to the green, bringing chaos to the course

2K and HB Studios today announced Divot Derby, a new multiplayer game mode for PGA TOUR® 2K21. Up to 20 players* compete in a slick, shoot-out style competition with single-elimination knockouts. Time is of the essence and the pressure is on, as players fight to the finish on every hole

The concept is deceptively simple: the entire group tees off simultaneously, sending multicolored ball flight trails streaking through the air. From there, the chaos dials up as participants race to land on the green and sink the putt, all in beautiful 60FPS**. The first golfer to make it to the ninth and final hole wins! Players who get knocked out early can watch the rest of the competition in Spectator Mode.

Make sure to tune in tomorrow to watch these influencers battle it out on our brand new multiplayer mode, Divot Derby! Who do you think will take home bragging rights!? Comment below! #PGATOUR2K21 pic.twitter.com/yHV46Yg7h9

Once the official press release is sent, we’ll update the post again.

There doesn’t seem to be any patch notes available for today’s patch, though a 2K rep has told us that we should watch out for something tomorrow, though they didn’t specify what this is, other than it’s new.

Speaking of PGA Tour 2K, 2K Games has today announced that it has acquired PGA Tour 2K21 developer HB Studios, and what’s more, has signed Tiger Woods into a long-term deal for the legendary golfer to appear in future PGA Tour 2K titles! You can check out the acquisition and Tiger Woods deal right here to know more.