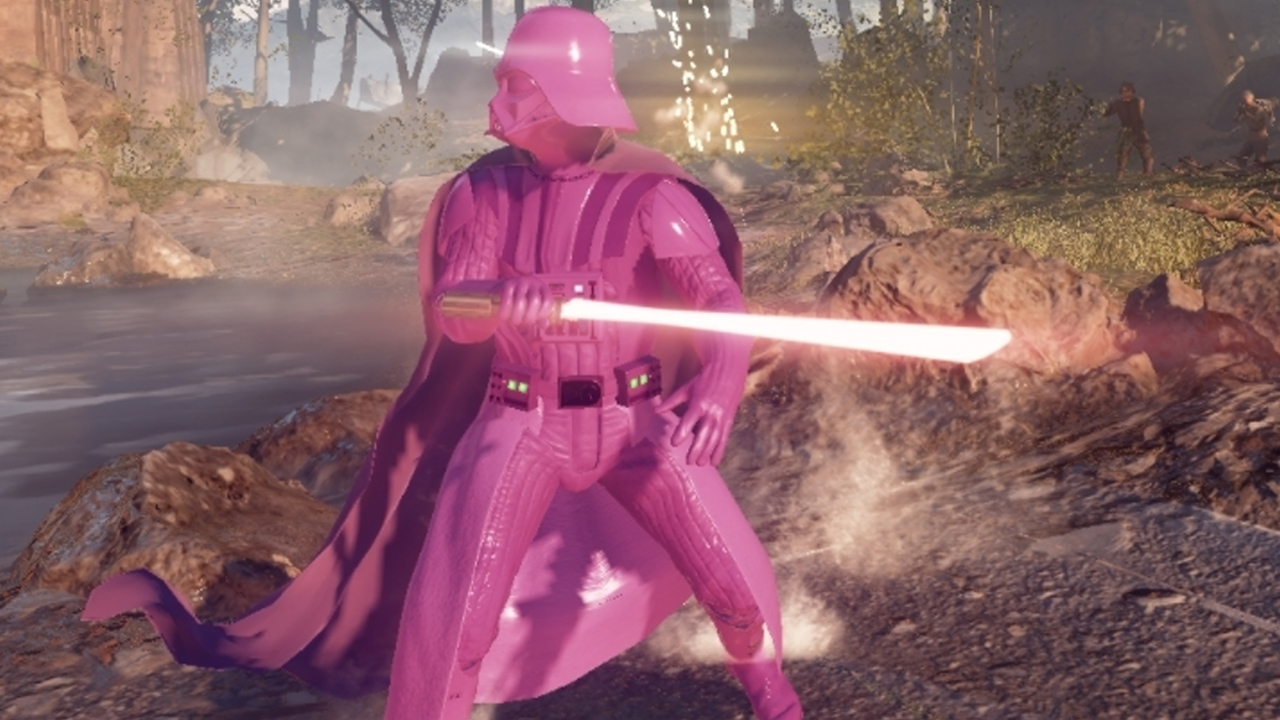 “Darth Vader in white probably doesn’t make sense, versus in black. Not to mention you probably don’t want Darth Vader in pink. No offense to pink, but I don’t think that’s right in the canon.”

Well, it looks like players do indeed want a pink Darth Vader, and through mods, it’s now become a reality.

User Destauch has made the mod available over at Nexus Mods, with a White Darth Vader skin “coming soon.”

Of course, mods in an online game have always been a dodgy topic, even when it’s just a cosmetic change. Thankfully, at least according to one of EA’s community managers, mods that “do not change how the game functions and are just for visual effect … should be okay.”

EA_Barry over at EA Answers claims it “should be okay,” but I’d still be wary with mods in Battlefront II, and would recommend staying away until EA clearly defines what is allowed.

What do you make of Pink Darth Vader? What other Battlefront II mods would you like to see? Let us know.

Destiny 2 Down for Maintenance, Scheduled to Last Five Hours