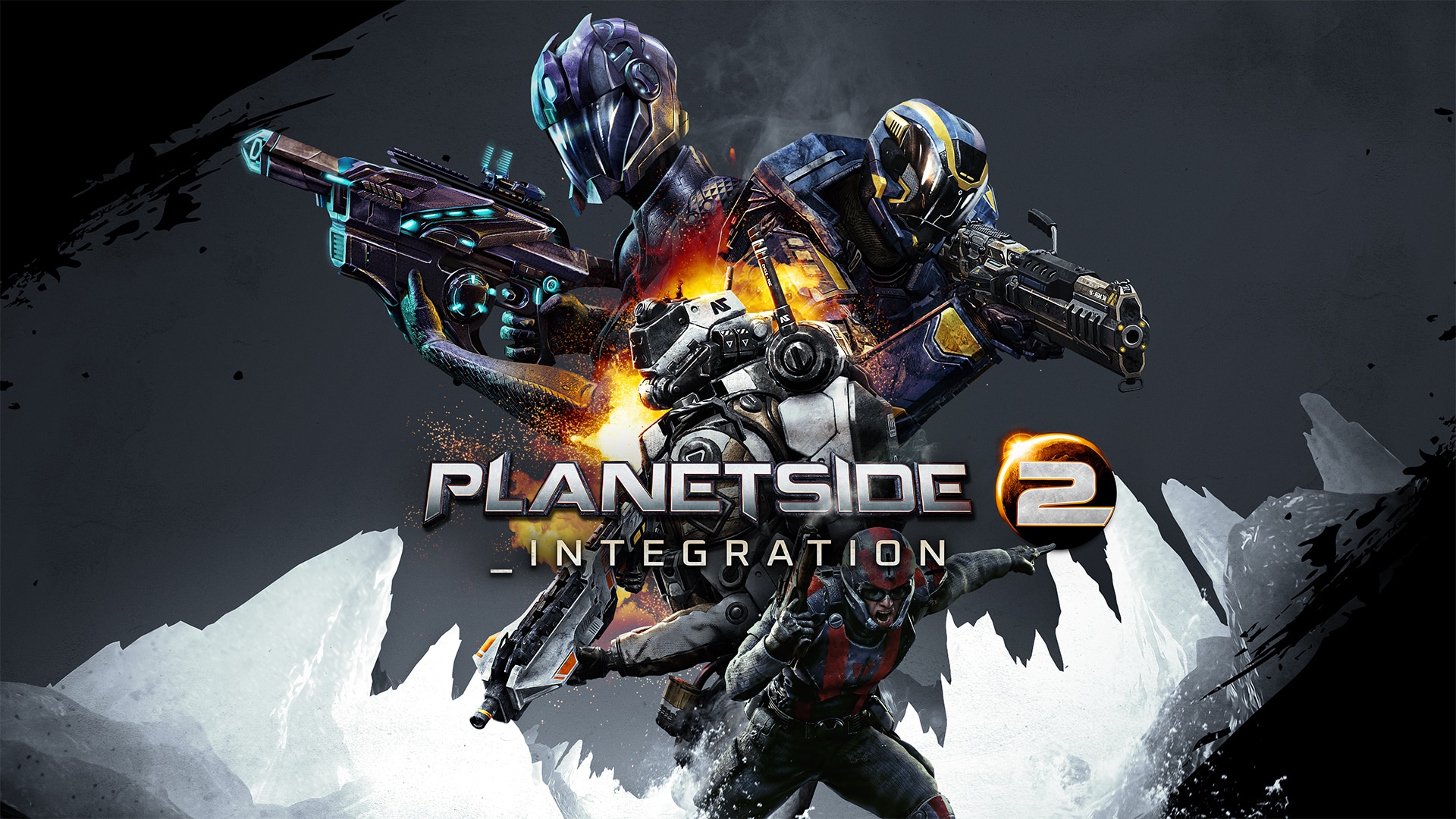 Marked as one of the biggest updates in the 9 long running years of PlanetSide 2, the PlanetSide 2 Integration update is now live on PC, adding a number of new features and fixes, but most notable is that NSO factions are now free-to-play to any players!

Down below you’ll find the beefy patch notes for the PlanetSide 2 Integration update. Note that this update is only available on PC, while PS4 players will need to wait until August for it to release.

_Integration
The robotic fourth-faction re-emerges with advanced technology, new equipment, and shifting allegiances. In the _Integration update, we’ve released two new vehicles, 16 new vehicle weapons, 35 new infantry weapons, and 11 new directive trees for NSO players to pursue. On top of that, the NSO faction has become FREE TO ALL PLAYERS.

Unlocking NSO
Visiting Sanctuary with a BR20+ character will provide you with a mission to learn more about the Nanite Systems Operatives faction. Completing that mission will flag your account with access to the NSO faction, and you’ll be able to create NSO characters from there on out.

Pre-existing accounts can log in with any BR20+ characters, or an NSO character of any Battle Rank, and still receive this mission.

Welcome, Freelancers
An NSO character without membership enters the “Freelance” status. A Freelancer will be assigned to the lowest populated faction on the continent to help them turn the tides of battle. Changing continents will reassign you as needed.

Freelancers are unable to create or join Outfits, and will need to select a “Home Faction” to do so.

Choosing a Home Faction
Players with All Access Memberships will be able to select a Home Faction by talking to a new NPC, Emerson, on Sanctuary. Aligning yourself with the Vanu Sovereignty, New Conglomerate, or Terran Republic, will allow you to create, join, and manage an Outfit within that empire.

You can also enter into a Freelance state on Sanctuary at any time, even while in an Outfit, and you won’t be kicked. While fighting for an opposing faction, however, you won’t have access to War Assets, Outfit communication, or representation. You can disable this state on Sanctuary as well.

Additionally, if you ever want to shift faction allegiances, you can leave your current Outfit, assign yourself to a new Home Faction, and join an Outfit there instead.

Existing NSO Outfits
With this update we begin winding down support for “factionless” NSO Outfits. This summer we’ll be providing a window for those Outfits to move to a Home Faction of their choice, and keep their members intact. This change requires additional tech to be created, and the timeline for that is still TBD. During this timeframe NSO Outfits will be unable to use War Assets, cannot recruit new members, and will adhere to other Freelance rules. Outfits can always be disbanded and reformed within a Home Faction to bypass the wait. 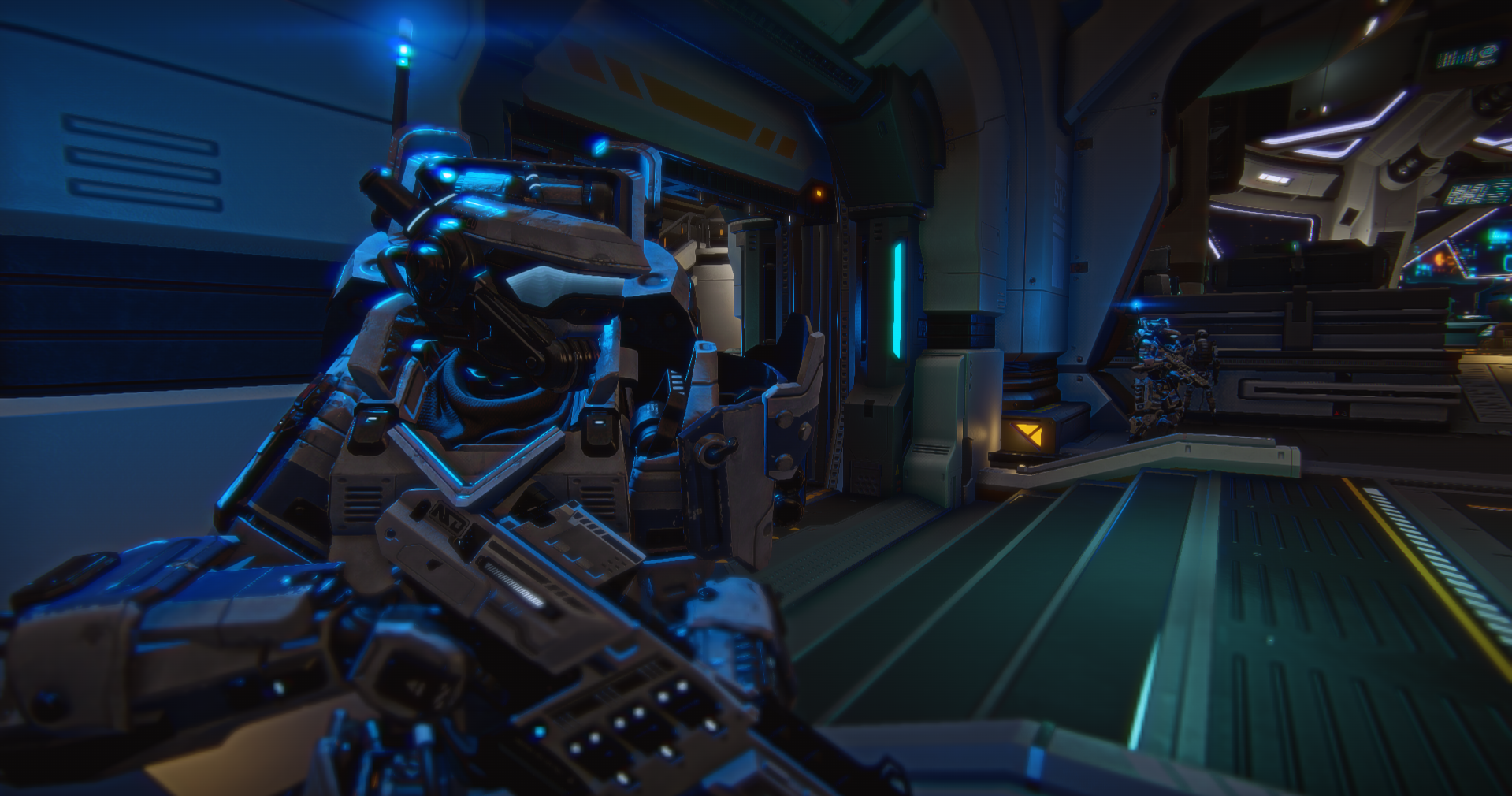 Arsenal Overhaul
NSO has become more defined as a faction with the introduction of new vehicles, weapons, and equipment.

Dervish Heavy Fighter
The Dervish is a two-seat vehicle that sacrifices agility for durability. The pilot operates nose-mounted forward guns, while the second seat is devoted to a top-gunner with a swiveling turret. This vehicle operates primarily as an air superiority fighter, and has limited ground support capabilities. 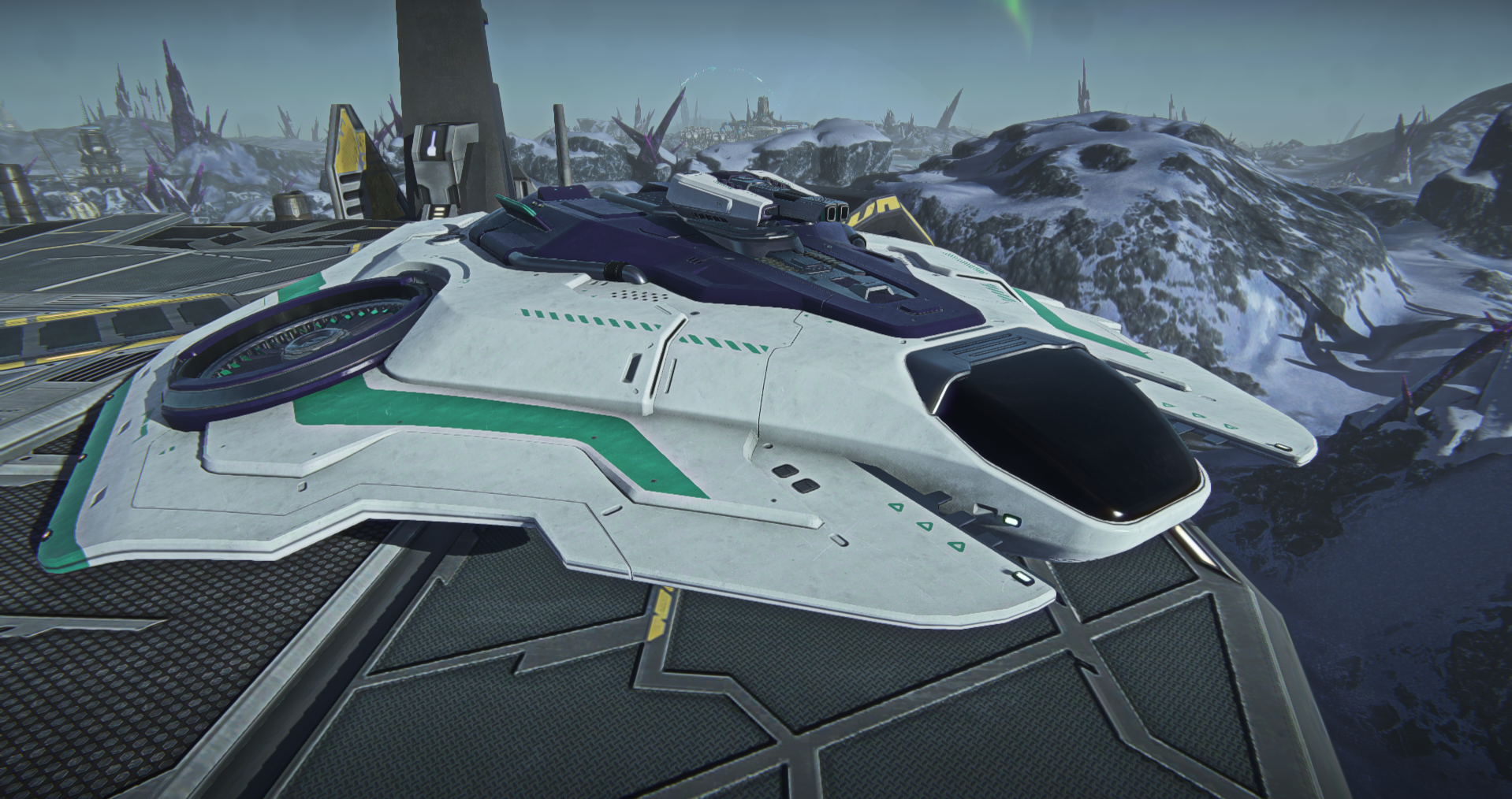 You can learn more about the Dervish Heavy Fighter in this article: https://www.planetside2.com/news/dervish-heavy-fighter-teaser


Chimera Main Battle Tank
Filling the MBT lineup is the Chimera, a six-seat vehicle crewed by the pilot/cannoneer, a forward turret gunner, and with space for up to four rumble seat passengers. The independent six-wheel suspension and swiveling forward portion allow for enhanced off-road performance and maneuvering. 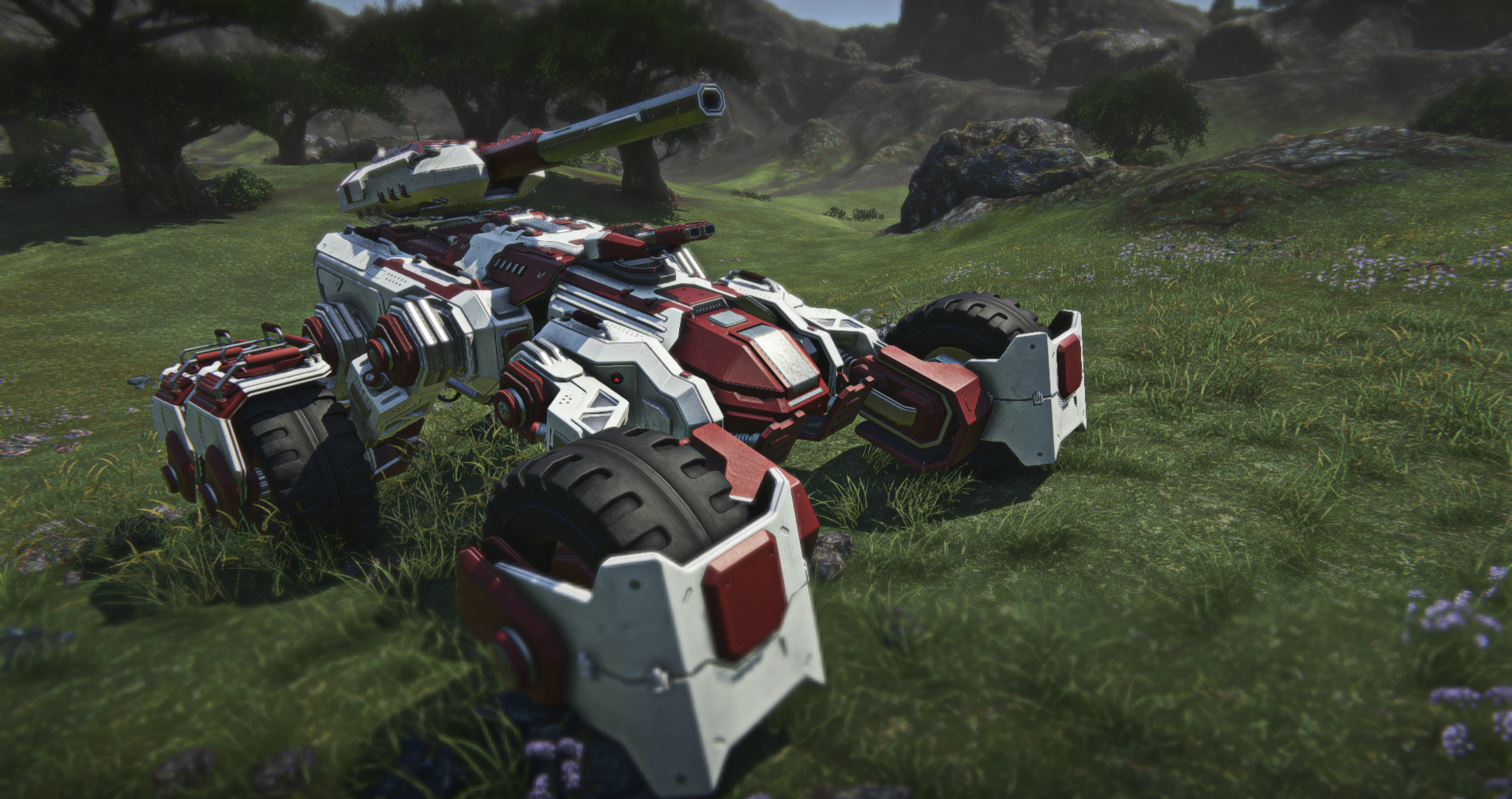 You can learn more about the Chimera Main Battle Tank in this article: https://www.planetside2.com/news/chimera-main-battle-tank 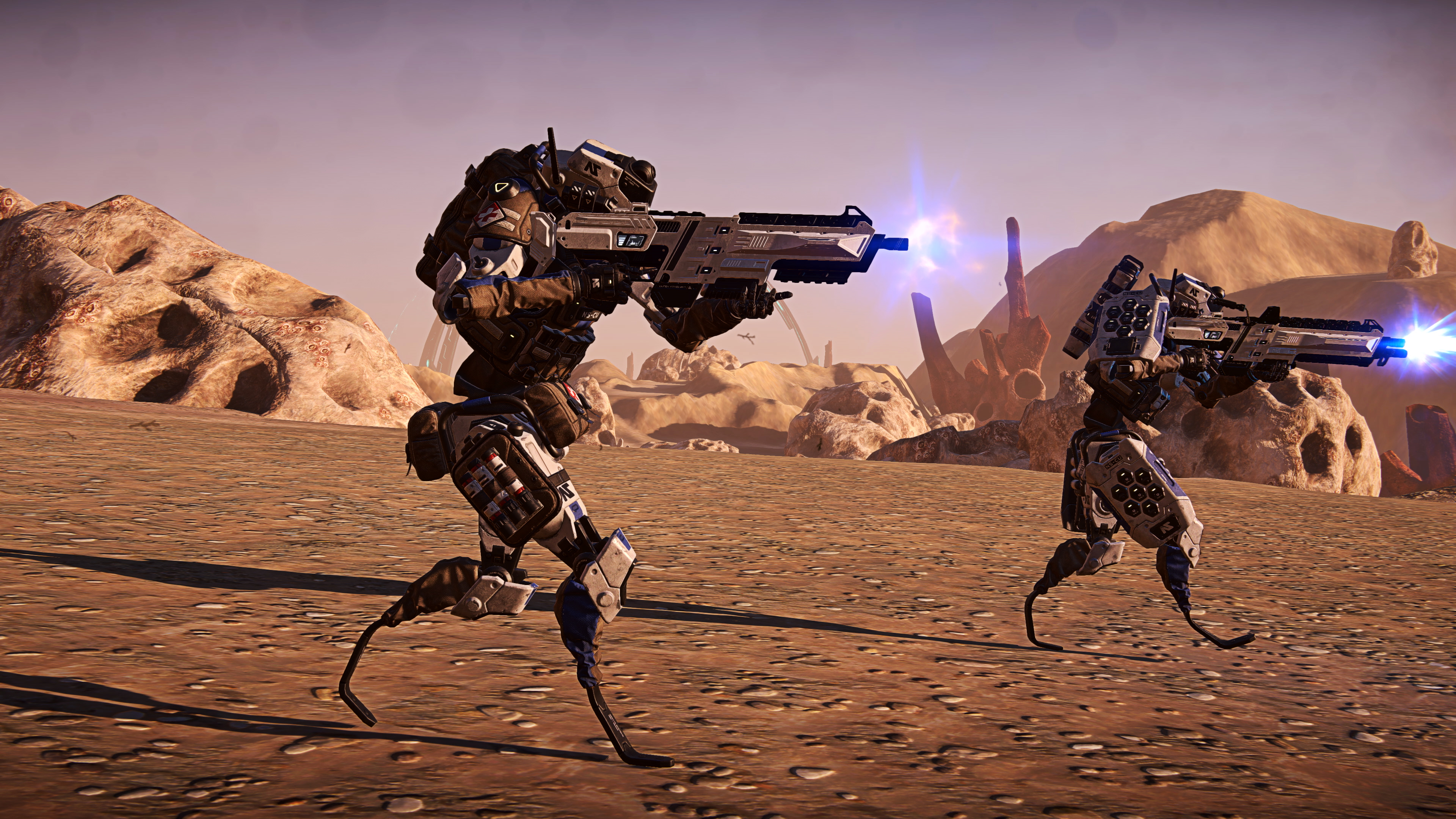 Infantry Weapons
The NSO faction has received an entirely new batch of infantry weapons, including new defaults. The NSX weapons defaulted to the faction prior are still unlockable as options.

And More…
NSO has also received new Directive Weapons available in all-new weapon directive trees, as well as rocket launcher offerings.
Previous NSX-A weaponry will remain as legacy items for pre-existing NSO characters that were able to unlock them, and new non-auraxium NSX versions of these weapons have made their way to the Black Market. 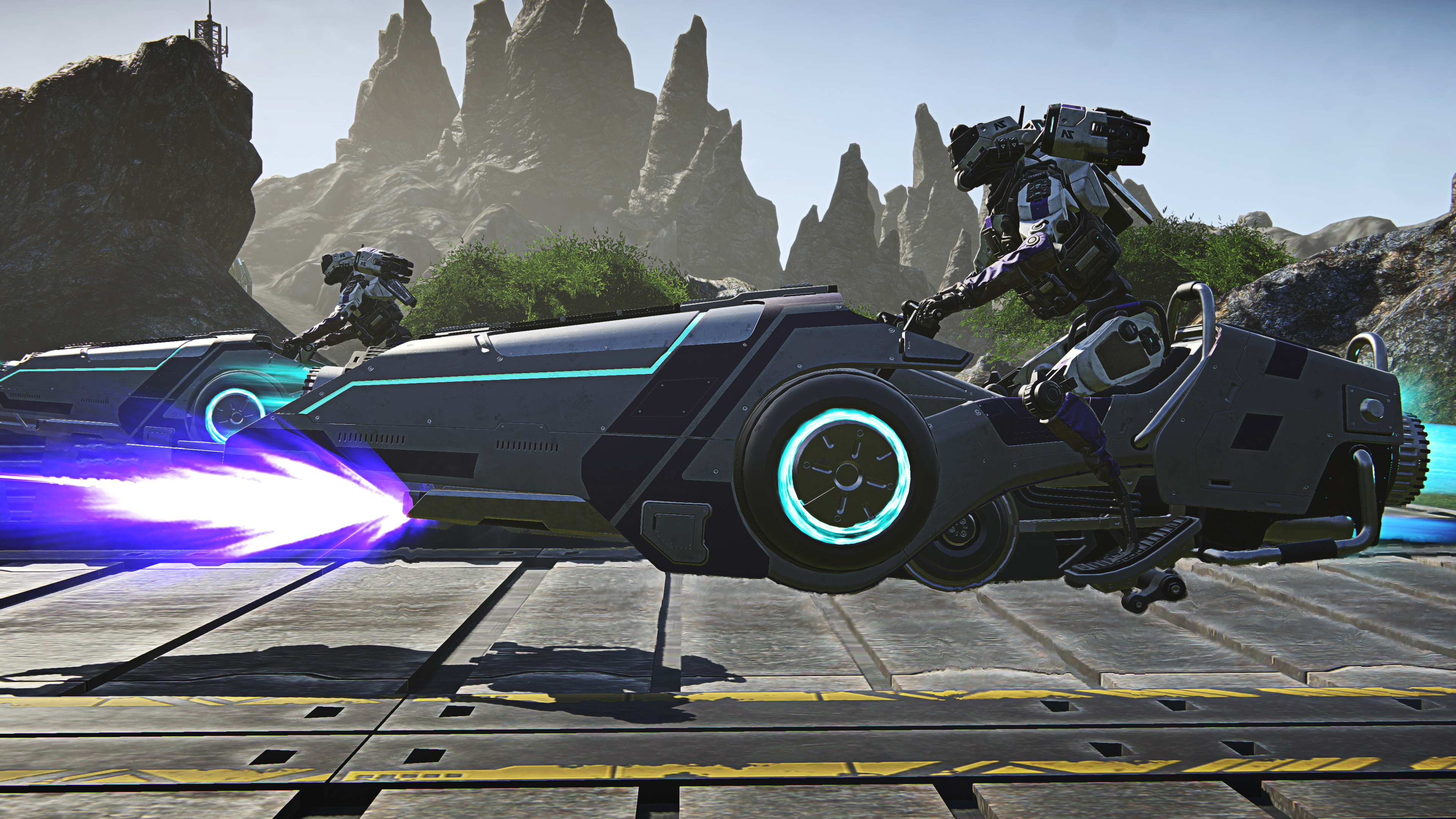 Javelin
The Javelin has received a variety of changes that gives it a more grounded control scheme and adds 4 new weapons to it. 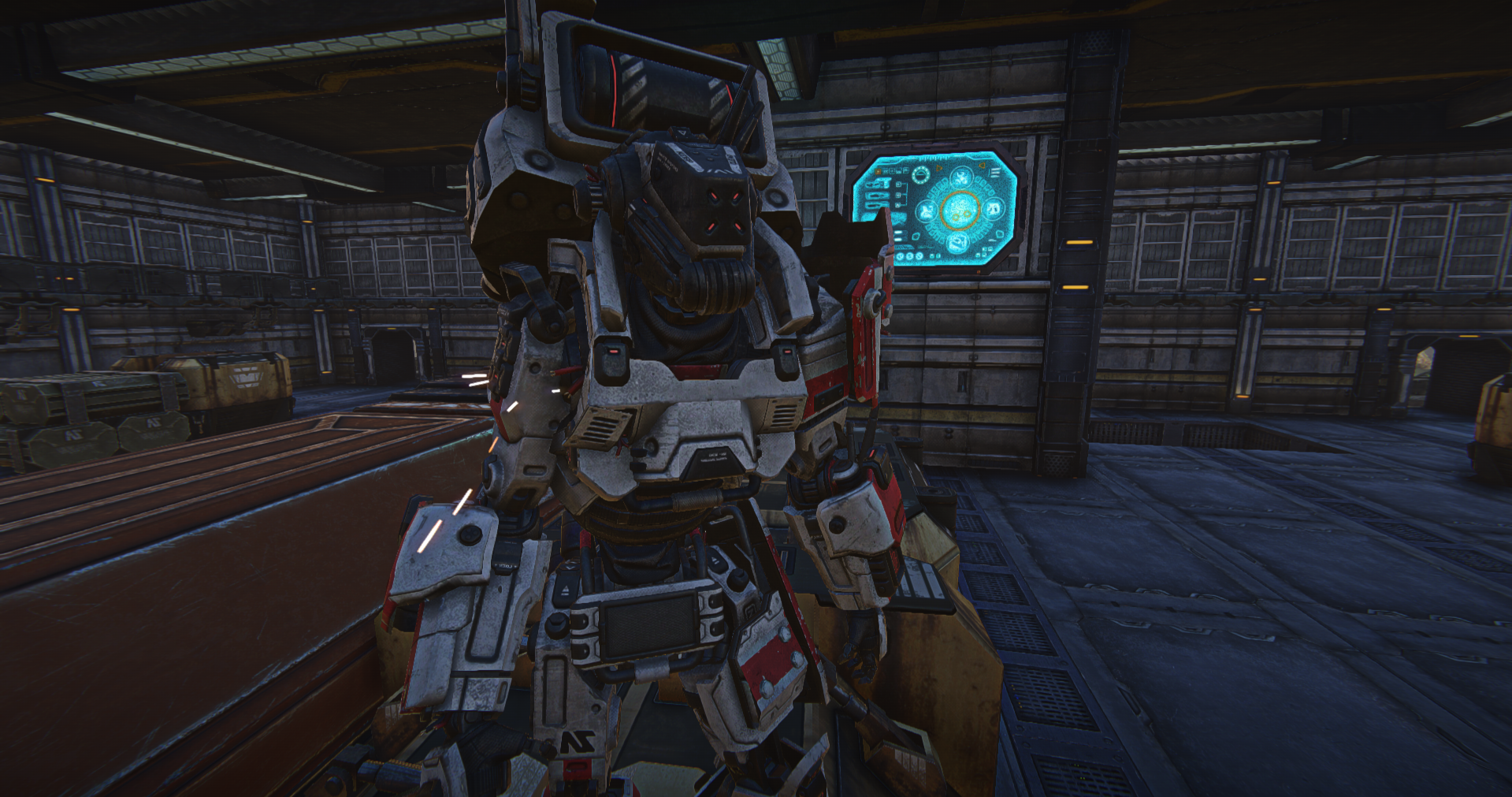 Black Market
As mentioned above, all previous NSO weapon directive rewards now have non-Auraxium versions available in the Black Market, and are available to all factions. This includes the following:

Lightning Grenade(Campaign Item)
This change will be more for PS4 than PC, as the Campaign has ended.

Dev Note: We’ve removed rumble seat repairs to create clearer, more predictable vehicle balance. A lack of rumble-seat repairs should weaken the Harasser’s ability to escape to a small degree, and slow down the pacing for this vehicle. The vehicle most impacted by this change will likely be the Valkyrie, as it will need to fly closer to the ground instead of being as brazen in the air. We’ve compensated to a small degree by allowing the Valkyrie to use the Engineer’s Aircraft Synergy passive, but we’ll be monitoring to see if additional changes are necessary to keep the Valkyrie relevant and fun.

Dev Note: This change increases weapon diversity for all non-Light Assault classes, and open up some new playstyle options.