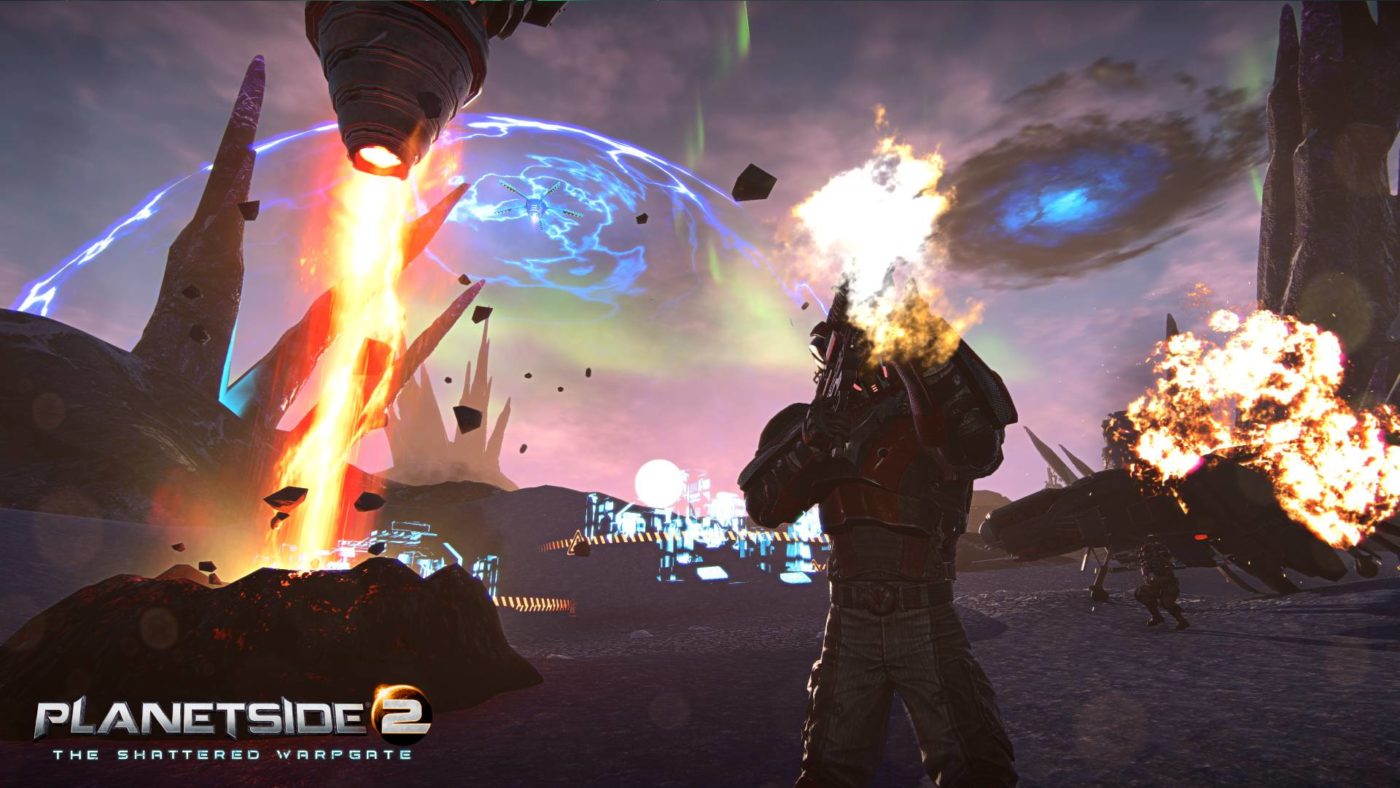 PlanetSide 2 The Shattered Warpgate Is Now Available on PC, Out on PS4 Later This Month

Revealed a little over a month back, PlanetSide 2 The Shattered Warpgate has officially launched on PC, bringing with it some of PlanetSide 2’s biggest changed yet.

PlanetSide 2 players are in for one massive treat with the Shattered Warpgate update as it introduces a new lore-driven mission system that’ll expand across multiple campaigns. The first of these campaign driven stories is known as “The Shattered Warpgate,” which will see players return to a newly remastered continent, Esamir, a frozen harsh tundra now bolstering a powerful energy storm surging with deadly bolts of lighting.

“Unlike in a traditional single-player adventure, the term ‘Campaign’ in our game alludes to the compelling military nature of PlanetSide 2,” said Michael Henderson, Lead Designer. “Our players are soldiers embattled in an endless planetary war, and each of our Campaigns will develop the story of how the war and the world around them is evolving.”

To help guide players through the launch of The Shattered Warpgate, Rogue Planet Games have also published a detailed launch day, which goes into details of some of the new features (major ones below). You can read their launch day guide here.

These are just some of the big highlights of changes introduced in The Shattered Warpgate, and if you are interested in reading the full changelog, be sure to head on over to the official PlanetSide 2 forums.

As for PlanetSide 2 players on the PS4, you shouldn’t have to wait too long as the update is scheduled to release later this month. We’ll be sure to keep you posted as to when it gets released, along with the full patch notes that may include additional changes.

PlanetSide 2 is free-to-play and available on both the PC and PS4.