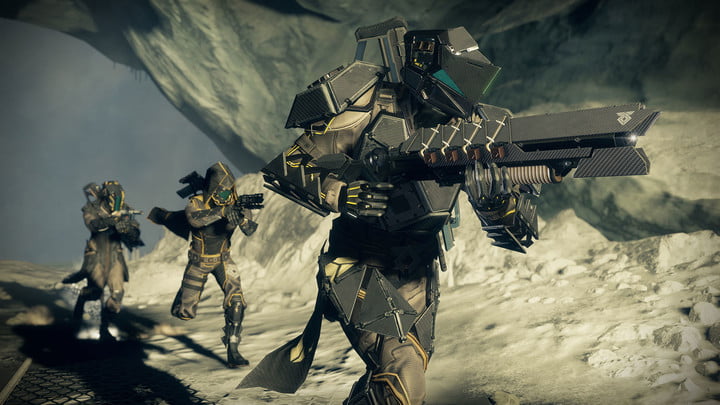 In a recent interview, CEO of Bungie, Pete Parsons, explained that Bungie is seeking to become one of the best entertainment companies in the entire world by the year 2025. As part of this plan, the studio will need to release at least one game outside fo the Destiny franchise by this time. A Bungie new game that isn’t Destiny will be a huge change considering the studio has already been working on the franchise for the last five years.

Destiny 2 Shadowkeep will be the first major expansion to Destiny 2, and the Destiny franchise as a whole, without Activision as a publisher. Earlier this year Bungie split with the publisher and became an independent studio. As a result they say they’ve been able to make a lot of creative decisions that wouldn’t necessarily have been approved whilst in partnership with Activision. However, the larger implications of this split with Shadowkeep’s launch relate to Bungie’s ability to market and distribute Shadowkeep. This expansion is mainly being sold through digital storefronts, with a collector’s edition available to fans as the only physical edition, which is now sold out.

Part of Bungie’s goal of becoming one of the best entertainment companies in the world by 2025 will be achieved with Destiny, according to Parsons. He explained in an interview with IGN that they need to work on making Destiny the game they envision it to be, and transform it within the market whilst also building upon it with players. Parsons added that in addition to Destiny, Bungie will need to release more franchises, whilst building their publishing group.

After they received some outside investment from Chinese game company NetEase, Bungie announced their interest in developing new franchises, but nothing more has been said on the mater until now. Parsons described how by 2025 Bungie wants to have Destiny as a franchise where people can go for a great game and place to make friends, but they also want other franchises that offer something different to consumers.

Before Destiny, Bungie created Halo, a best selling franchise that’s exclusive to Xbox and PC. The influence of Halo in the Destiny franchise is clear to see, but whether Bungie stick with the sci-fi shooter genre, or move into new areas entirely, only time will tell.

Dead by Daylight Update 1.74 Patch Notes – Here Are the Changes for Hotfix 3.2.2