Well, here’s some good news for those who wanted to see more characters added to the final PS All-Stars Roster. Today, Seth Killian, Lead Designer at Superbot Entertainment, announced that two additional characters are in the works and will be available for free.

For those who recently played Starhawk, you be happy to know that Emmett Graves will be one of the first DLC characters. His move set will consist of the various weapons that he uses along with utilizing Starhawk’s known play style, Build-and-Battle. 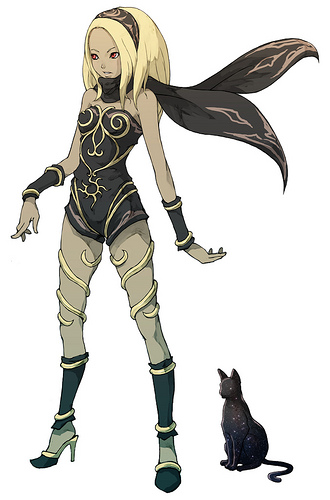 The second character, which many requested, is Kat. For those who are not familiar, Kat comes from the recent PS vita exclusive, Gravity Rush. Kat’s moves features gravity bending attacks along with a unique brand of aerial assault.

Now, they are free and will be available at the start of next year. The catch? They will only be available for two weeks, according to Superbot:

That may sound a little tricky, so let me be clear: once Kat and Emmett are finished, we’ll put them up for download. They’ll be totally free for two weeks. The only limit is that you have a two-week window to claim the characters. Once you have Kat and Emmett, they are yours forever. That may sound like a lot to remember, so don’t worry, we’ll be back closer to their release to remind you of all these details.

Seems a bit disappointing if you happen to miss out those weeks. They closed off by saying “We’ll have more information about these characters and more DLC news coming soon, so stay tuned here for more announcements.”

Additionally, when asked whether Kat and Emmett were rivals or had a story to them, Seth had this to say “”Yes, happy to say both Kat and Emmett have full story modes complete with rivalry cinematically. Are they rivals? Hmmm…” This may serve as hint of more characters to come, specifically, rivals to Kat and Emmett.

PS All-star is available next Tuesday for PS3 and the PS Vita at both retail and digital stores. Remember if you buy the PS3, version you get the PS Vita version for free.