The latest gaming controller patent by Sony features abilities to take voice command and perform them on the console, similar to what is currently possible on the PlayStation 4.

In the PlayStation controller patent published (spotted by Reddit via Segmentnext) by the company today, it highlights a built-in microphone capable of taking voice commands while the system can interpret these and perform them. Along with this, it discusses the speaker that is also on the controller that has the capability of being suppressed when the microphone is in use, avoiding any kind of interferences from additional controller sounds.

The scope of the claims

Down below is a diagram of the controller, however, the Patent does state that this is only an example, meaning it shouldn’t be taken as a look at how the Dualshock 5 (assuming this is related) will end up looking like. 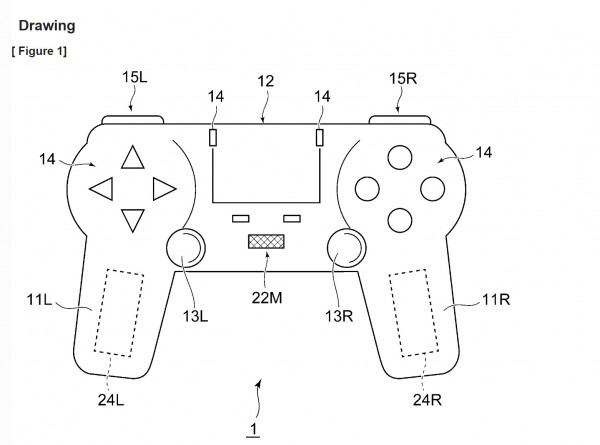 We mentioned that the PlayStation 4 is capable of taking voice commands, which for those that were not aware, is entirely possible when a headset is connected to the console. The system can take set commands, all starting with “Playstation” followed by an action. It’s a neat feature, though for us we rarely use it as the majority of the time our headsets are in use with party chat. Adding the feature to the actual controller would certainly be a great quality of life improvement for the system, and perhaps it could potentially be used for party chat? We aren’t sure about that last bit, though it would certainly help get voice communication in the hands of many online gamers.

Dragon Ball Z Kakarot Update 1.03 Already Out, Here's What It Does