No planned maintenance has been announced, though it appears that the network is down as of right now.

UPDATE – The official status page has been updated showing that gaming and social networking are down. Asked Playstation official twitter has also acknowledged the issue at hand. 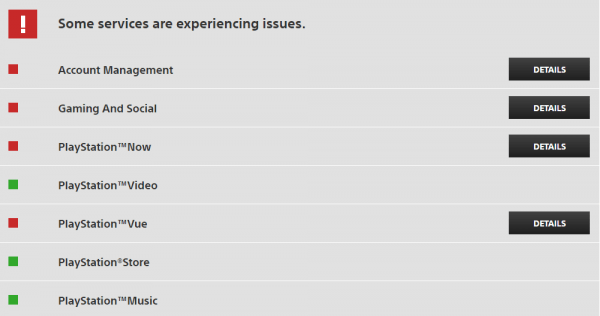 We can confirm ourselves that the “undergoing maintenance” error appears when attempting to log-in.

Reports are also coming in from twitter and reddit, pointing that it’s down in both North America and Europe.

Seeing that the PlayStation event is tomorrow, this possible maintenance could be in preparation for the new firmware update 4.00. The firmware is set to launch a whole list of new features that the community has been requesting, though no date has been given for the release of the firmware.