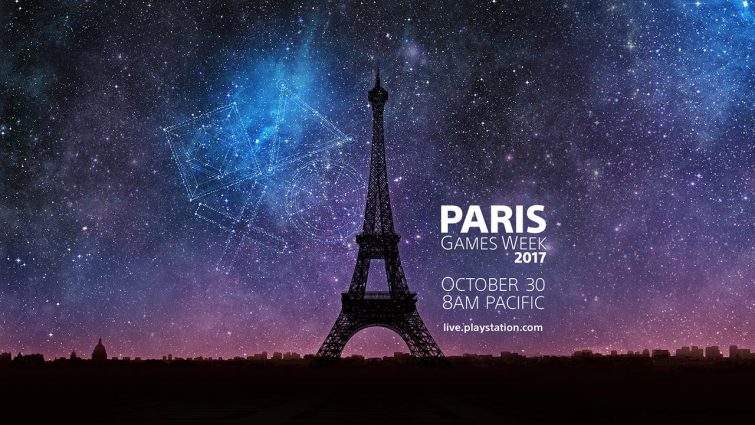 While Sony has the now-annual PlayStation Experience (PSX) event coming up later this year in December, the company isn’t relying on just that to showcase their wares as a PlayStation Paris Games Week press conference livestream has been announced just today!

Set to take place this October 30 at 8 a.m. PT, the “PlayStation Live From Paris Games Week” event will commence with “a slew of updates and announcements” before moving into the PGW 2017 media showcase where players will see games coming to the PS4 and PSVR.

After the press conference, there’s going to be a post-showcase debrief as well. For those who want to watch it, Sony has you covered with the “live.playstation.com” as well as its various social media channels (Twitch, YouTube, Facebook).

Will we see new titles unveiled? Most likely we will. For everything multiplayer-related, make sure to check back here on MP1st as we’ll be covering the event live.