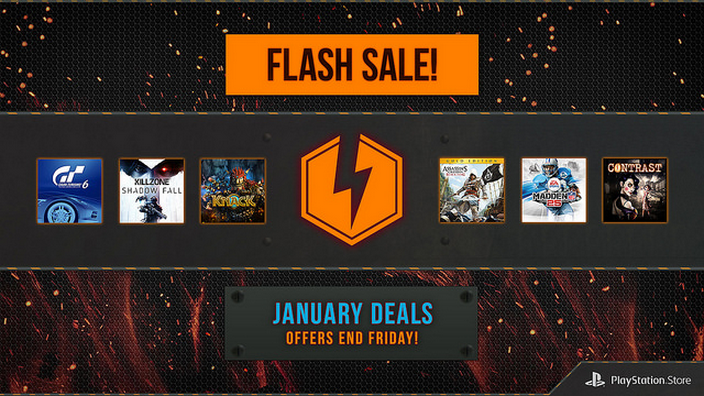 A new flash sale for the PlayStation store is now live that features a number of notable sales on some killer games.

Among the selected titles that will be discounted until Friday is none other than the PlayStation 4-exclusive shooter, from Guerrilla Games, Killzone: Shadow Fall. You’ll also find a deal on the Ultimate Edition of Injustice: Gods Among Us, which gives you all DLC released for the game thus far, including character skins for your favorite heroes or villains and new fighters all in one package.

Unfortunately, it doesn’t look like PlayStation Plus members will be getting an extra discount on the select titles during this flash sale.

Check out the discounted titles and their prices until Friday below:

Will you be picking up any of the discounted titles above?