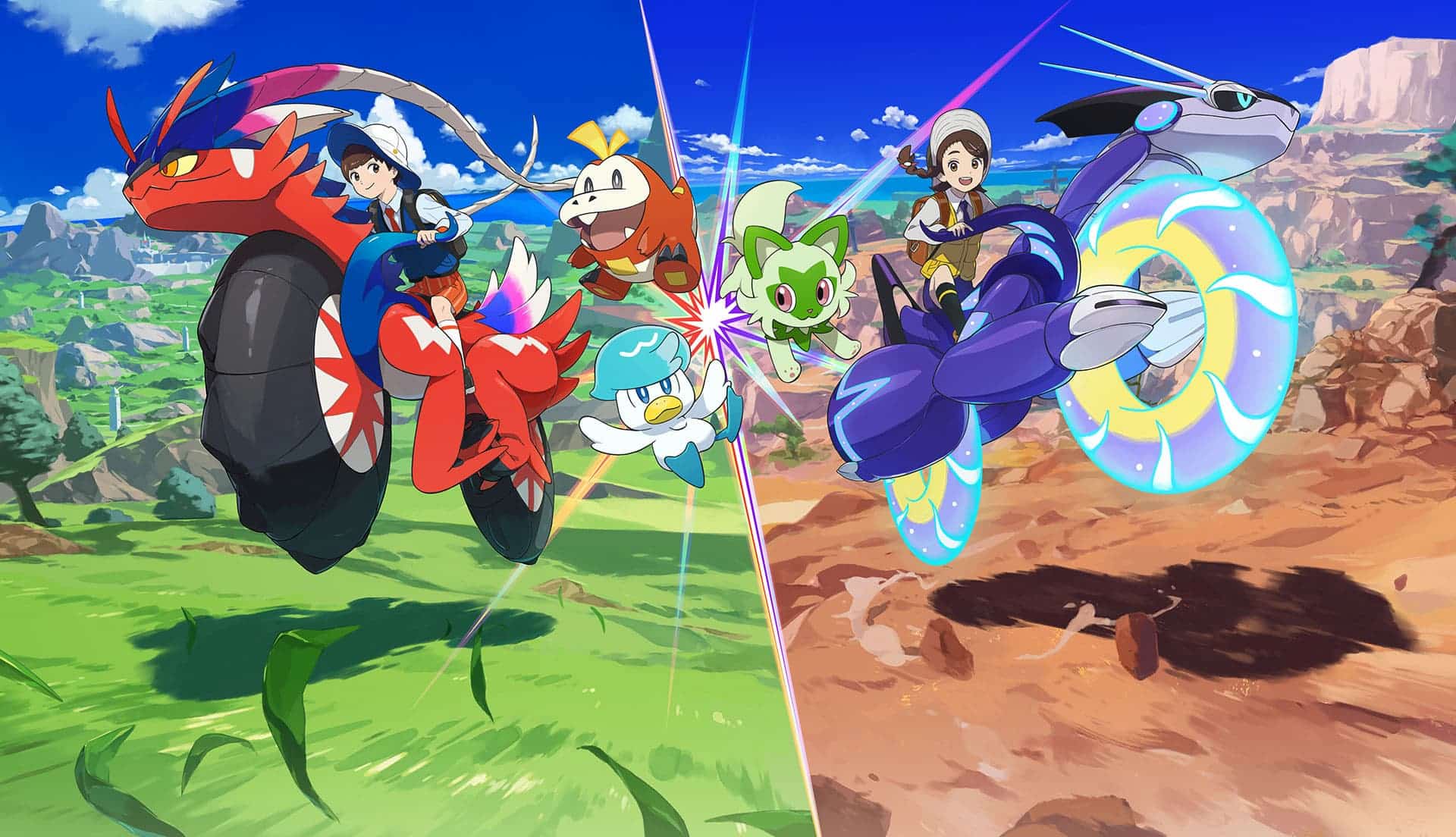 Developer Game Freak and The Pokémon Company showcased a new trailer for their upcoming game, Pokémon Scarlet and Violet. The new trailer features gameplay from the newly seen Paldea region where players can ride Legendary Pokémon like Miraidon and Koraidon. Miraidon and Koraidon can turn into a motorcycle-esque ride from being a regular Pokémon, allowing players to mount them whenever they want. You can watch the gameplay trailer here.

A press release was also revealed alongside the gameplay trailer:

During this presentation, we got to see more of Koraidon and Miraidon, the Legendary Pokémon that will join you on your adventure through the Paldea region in Pokémon Scarlet and Pokémon Violet. In these eagerly-awaited open-world RPGs, you’ll take on the role of a student at a prestigious academy. There, you’ll meet many new friends and embark on a Treasure Hunt to discover three grand stories—one of which includes the traditional Pokémon journey of challenging eight Pokémon Gyms with the aim of becoming a Champion.

There are plenty of new Pokémon to be found in the Paldea region, including a regional form of Wooper. You’ll also meet the delightfully squishy Fidough, as well as Cetitan, who can freeze its surroundings with its horn. But Paldea isn’t just home to new Pokémon—the mysterious Terastal phenomenon makes Pokémon shine like gems, provides a boost to a Pokémon’s type, and can even change some Pokémon’s type based on their Tera Type! You’ll be able to catch Pokémon with rare Tera Types by taking part in Tera Raid Battles with up to three other Trainers.

Pokémon Scarlet and Pokémon Violet will launch later this year on November 18, 2022 exclusively for the Nintendo Switch.